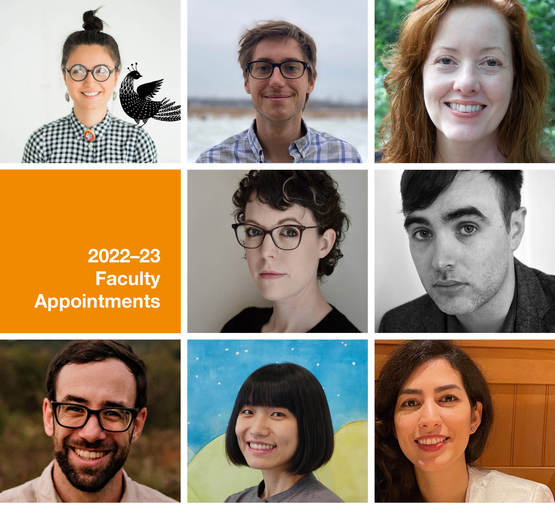 Dinara Mirtalipova is a professional illustrator and folk artist. Born and raised in Tashkent, Uzbekistan, and raised in Soviet Uzbek culture, Dinara inhabited Uzbek/Russian folklore that still influences her work. She uses a wide range of materials and tools, like carving lino blocks, gouache, acrylics and many others. Dinara has a vast national client portfolio, with clients including Moleskine, Anthropologie, American Greetings, and more, and has published illustrated books and exhibited her work in Cleveland, Akron, and New York. As an educator, she has conducted workshops at the Akron Art Museum, Cuyahoga Public Library, Cleveland Museum of Art, and Cleveland Institute of Art. She received her BA in Information Technology from Tashkent State University of Economics (Uzbekistan).

Nick Leysens is a designer, storyboard artist, illustrator and animator who has been working for the last 10 years in the tv/film, tech, and commercial industries. His clients include Nickelodeon, Warner Brothers, Titmouse, ShadowMachine, Miley Cyrus, Duolingo, Cinemax, Fox, and Adult Swim. Originally from the Cleveland area, Nick went to Los Angeles to study at Laguna College of Art & Design. After receiving his BFA, Nick remained in California to work on shows such as Animaniacs, Looney Tunes, BoJack Horseman, Spongebob Squarepants, The Simpsons, Baby Shark’s Big Show, and Mike Judge Presents Tales from the Tour Bus. Nick is currently working as a designer and storyboard artist on the recently revived Clone High series.

Linda creates video installations intended to be experienced as sculpture: walked around and through to shift one’s vantage point. The work is often interactive and site-specific. Her work has been exhibited nationally and internationally in such venues as MOMA, PS1, and the Sculpture Center in New York and in solo exhibitions in New York, Berlin, London, and Turin, Italy. Linda received her MFA in Film/Video from Milton Avery Graduate School of the Arts - Bard College, a BFA in Film/Video from Massachusetts College of Art, and a BA from School of the Museum of Fine Arts. She has previously held teaching positions in photography and digital media at the School of Visual Arts, University of Houston School of Art, and Stephen F. Austin State University.

Gemma is an art historian most recently based in New York. She specializes in modern and contemporary art from South Asia, Cold War histories of art, and museum and exhibition studies. She received her PhD from the Graduate Center (City University of New York) in 2019 and was a Postdoctoral Research Associate at the same institution between 2019 and 2021. Most recently, she served as Visiting Faculty at Sarah Lawrence College, New York, and has also taught at The Graduate Center, Indus Valley School of Art and Architecture, and School of Visual Arts (Karachi University).

Note: Gemma will begin teaching at CIA in Fall 2023, as she was awarded the prestigious 2022 Getty/ACLS Postdoctoral Fellowship in the History of Art. The ten awards allow these scholars to advance innovative research in art history and amplify voices, narratives, and regions of the world that have been historically excluded and under-studied in the academy.

Colby earned his PhD from the Department of Art History and Archaeology at Columbia University, a MPhil and MA in Art History from Columbia College, and a BA from Williams College. His research and criticism have appeared in publications including ArtForum, ARTMargins, Art Journal, Art in America, and CAA Reviews, Grey Room, October, and Parkett, and he has held editorial positions at Cabinet and Triple Canopy. Areas of research include the international neo-avant-garde, global modernism, intermedia, performance, artists’ magazines, experimental film, paperwork, legal studies, media theory, feminism, queer theory, disability studies, and critical race theory. Colby has previously taught art history at Columbia University, the Cooper Union, and the City College of New York.

Conor Bracken is a poet and translator with an MFA from the University of Houston in Texas and books out most recently with Ugly Duckling Presse and Diode Editions. Most recently, he taught English classes at the University of Findlay in Findlay, Ohio and poetry workshops with LitCleveland. When he's not teaching, he enjoys spending time with his wife, daughter and dog; rock climbing; and writing/reading/translating.

Chen Peng is a Taiwanese artist currently based in Cleveland. She received an MFA in Painting from Boston University in Massachusetts (2022), a BFA in Painting from Cleveland Institute of Art (2016), and a BA in Philosophy from National Taiwan University in Taipei, Taiwan (2012). She was an artist-in-residence at The Studios at MASS MoCA in North Adams, Massachusetts and Vermont Studio Center in Johnson, Vermont. Her paintings have been shown in New York, Boston, Cleveland and Taiwan, and have been included in several public collections, including Cleveland Institute of Art, the MetroHealth System in Cleveland, and Fidelity Investments Corporate Art Collection, among others. Peng’s work was recently published in New American Paintings MFA Annual issue.

Elena Masrour is originally from Tehran, Iran, and received her BA in Fabric and Textile Design from the Tehran University of Art in Tehran. She earned her MFA in Painting at Kansas State University in Manhattan, Kansas in 2022. Much of her work relates to the period of contemporary Iranian—women's life since the Revolution. She explores the social changes in Iranian life since the Iran revolution in 1978.

She was awarded by the Iranian Visual Arts Association emerging artists and a small grant from Arts, Humanities & Social Sciences from the College of Art & Science at Kansas State University. She was a recipient of the International student scholar services scholarship and senior exemplary art scholarship at Tehran University of Art. She has recently received the Byrnell W. Figler award in the 53rd juried annual Smoky Hill Art Exhibition in Hays Art Council in Hays, Kansas and was the third-place recipient of Dialogue Reconstructed 2022 juried exhibition at Hutchinson Art Center in Hutchinson, Kansas, celebrating diversity and diverse artists.