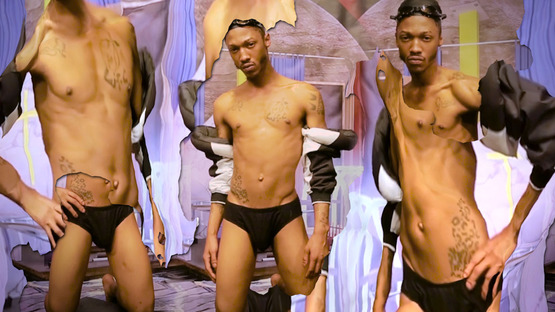 The opening reception for Portals_Thresholds, Reinberger Gallery’s spring exhibition, will be March 29 from 6 to 8pm. The exhibition features work by Sara Ludy, Rachel Rossin, and the artist collaborative Wickerham & Lomax.

The exhibition focuses on themes relating to science fiction, artifice and simulated reality. The artists all approach their work through multiple disciplines, including painting, sculpture, virtual reality, and video, creating art that stands at the precipice of the recognizable and the seemingly unfamiliar. It’s an imaginative and at times humorous plunge into the fantastic and the strange, where the viewer is invited to test the boundaries of perception and to question concepts of reality.

Congruent to Portals_Thresholds, CIA will show new-media artist Rafaël Rozendaal’s websites from 5 to 9pm daily on the digital media mesh on the western facade of CIA’s Gund building. A new Rozendaal website will premiere every week through June 15.

Sara Ludy’s practice investigates the confluence of the physical and virtual. Her works include websites, animation, video, sculpture, and audio-visual performance. Ludy uses the online virtual world Second Life to make images of domestic interiors, landscapes, and other scenes that are familiar, yet feel otherworldly. She also renders three-dimensional architectural forms and sculptures imbued with the mysticism of the digitally uncanny.

Ludy’s work has been in numerous exhibitions, including at the Museum of Contemporary Art Chicago; Berkeley Art Museum, California; and Postmasters Gallery, New York. Works on loan to CIA are courtesy of bitforms gallery, New York.

Rachel Rossin lives and works in New York City. She was recently the subject of a solo exhibition at the Contemporary Art Centre, Riga, Latvia, curated by Art in General. Her work will be seen in forthcoming shows at the Hek Museum in Basel; Kiasma Museum in Helsinki, and K11 in Shanghai, as well as a new commission for the First Look at New Museum, New York. Her works in Portals_Thresholds are on loan courtesy of ZieherSmith, New York.

Rossin is acclaimed for her groundbreaking work in virtual reality as well as for her insightful paintings. She has been featured in Forbes, W Magazine, ArtForum, New York magazine, Wired, and Newsweek. New York Times writer Martha Schwendener observed about her debut at New York gallery ZieherSmith, “Ms. Rossin has achieved something, forging a connection between abstract painting and augmented perception that opens up a fourth dimension that existed only in theory for earlier painters.”

Rafaël Rozendaal is a Dutch-Brazilian visual artist who “uses the internet as his canvas.” He’s best known for making websites, which attract some 60 million unique visitors a year, but he also creates drawings, installations, tapestries and haiku. He lectures on a variety of subjects and collaborates on a podcast. He’s one of the first visual artists to sell websites as art objects. His work researches the screen as a pictorial space, reverse engineering reality into condensed bits, in a space somewhere between animated cartoons and paintings. His installations involve moving light and reflections, taking online works and transforming them into spatial experiences. He also created BYOB (Bring Your Own Beamer), an open source, DIY curatorial format that is spreading across the world rapidly.

Wickerham & Lomax is the art collaborative formed by Baltimore artists Daniel Wickerham and Malcolm Lomax. Their practice is based on the accelerated exchange of frivolous information, gossip, and codified language that crystallizes into accessible forms in hopes of giving dignity to that exchange.