"Textiles are all around us. They are the background music of our lives." 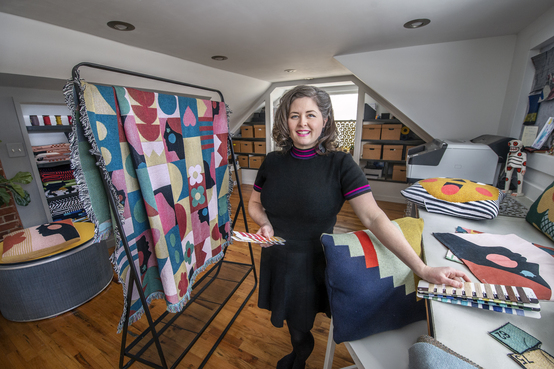 Molly Fitzpatrick in her Mayfield Heights, Ohio, studio. (See more of her work in slide show at the bottom of the story.)

When Molly Fitzpatrick recalls her childhood, she sees the farm-scene pattern on her grandmother’s brownish-gold sofa, a paper-doll cutout print on her favorite white blouse, and the Marimekko wallpaper border in her brother’s room.

By the time she arrived at the Cleveland Institute of Art in 2000, Fitzpatrick was certain her artistic path was in fashion design. But soon she realized she cared more about fabric and patterns than actual clothes.

“Textiles are all around us,” Fitzpatrick says. “They are the background music of our lives. It’s an exciting tradition to be part of.”

A form of artistic expression born in ancient times, textiles are Fitzpatrick’s passion. When she and her family go on vacation, she always looks for a textile connection—a visit to a museum or nearby mill, perhaps. And since her 2005 graduation from the Cleveland Institute of Art, she has crafted a thriving career from her calling in textiles.

Her professional life is a triad: She consults for manufacturers on prints and patterns; licenses her textile designs for clients including CB2, Crate & Barrel’s “hipper” sister firm; and is founder and creator of DittoHouse, her own line of contemporary home textiles inspired by elements ranging from Op Art and emojis to Inuit printmaking and Rudi Gernreich, the quintessential 1960s fashion designer.

Sustainable design is a priority for Fitzpatrick at DittoHouse. The fabric comes from 80 percent recycled cotton yarn made from textile waste, including old T-shirts; polyester is added to hold the fabric together. The ethically sourced material is manufactured at a family-run mill in North Carolina.

DittoHouse has been featured by Architectural Digest, Interior Design, Dwell and Design Milk. Her work has been included in Dwell Magazine’s “The Best of New York Design Week.”

Fitzpatrick grew up with four siblings in Cleveland Heights, where art was a hobby, but an important one. Her mother, Karen, quilted. Her father, Mike, worked in ceramics and painted watercolors on his own time. Professionally, Mike had followed his own father’s path by working for the railroad, first at the Collinwood Yards and more recently as a federal railroad inspector. Certain linear patterns in her work speak to the lines and curves of railroad tracks, Fitzpatrick says. “I have a true enjoyment of patterns, and I love all the rhythms and repeats that I see, hear and feel.”

While at CIA, she did a semester abroad, studying at London’s famed Central St. Martin’s school. Later, she interned and then got a job at a mill near Winston-Salem, North Carolina. She and her husband, stonemason William Sill ’04, eventually moved back to Cleveland to be near family.

She began to work with clients, creating trend boards and presenting visual ideas, and designing patterns for upholstery in furnishings, and for automobiles, airplanes and trains.

DittoHouse emerged in 2014 after the birth of Fitzpatrick’s son, Malachi. She designed a cute, graphic, black and white polar bear blanket for him. So many people asked her about it that she launched her first collection a year later, designing patterns that were perfect for the modern house.

After the 2016 presidential election, Fitzpatrick’s newest collection became a response to what she regarded as a culture of negativity and hate. She created the Rise Collection of throw blankets and pillow covers “out of a hope for better times and a world filled with justice and love.”

Her daughter, born in 2017, is named for Malala Yousafzai, the young Pakistani woman who defied the Taliban in her quest for an education.

And in 2018, her Courageous Woman emerged, inspired by the “bold and brave women who are making our world a better place.” The line features throw blankets, pillow covers, tea towels and statement earrings in fruity colors and simple flower shapes. (Both the Rise and Courageous Woman collections raised money for related causes.)

All children, she says, “deserve to live in a world that reflects their light. A world where my daughter is valued and respected and my son has examples of kind and good men who can be allies to the strong women who lead the way.”

Looking back on her education, Fitzpatrick sees how her early emphasis on textiles fueled her career success. “I was able to be very specific in my focus–it was always textiles,” she says. “Until I made it my world.”

Her CIA connections “still serve me today,” she adds. “The benefit of attending such a small and supportive school is a network of cheerleaders and collaborators that I feel free to call on all the time. My fibers and materials professors were instrumental in leading me to the profession of textile design. Without their support and encouragement, my path would have been much less direct.” 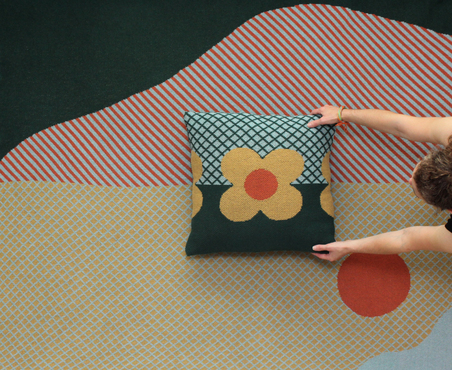 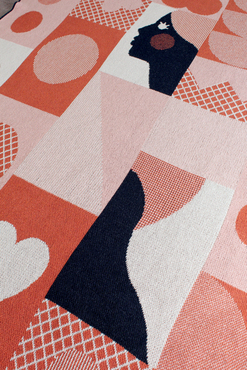 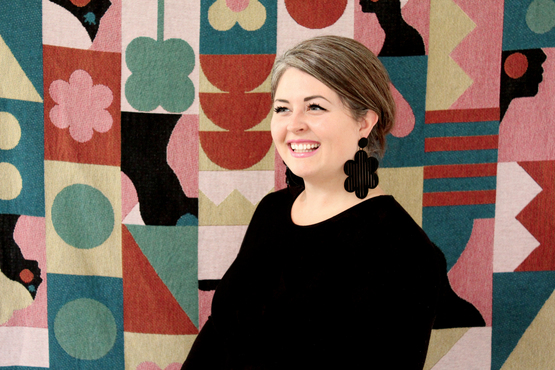 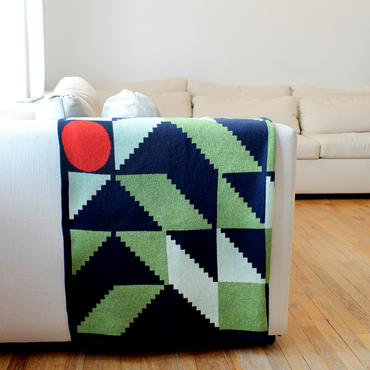 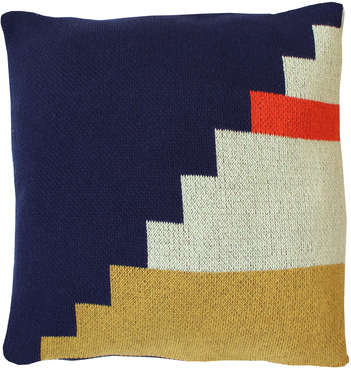 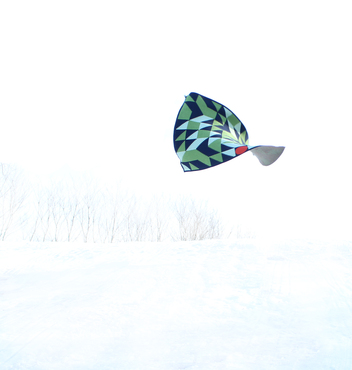 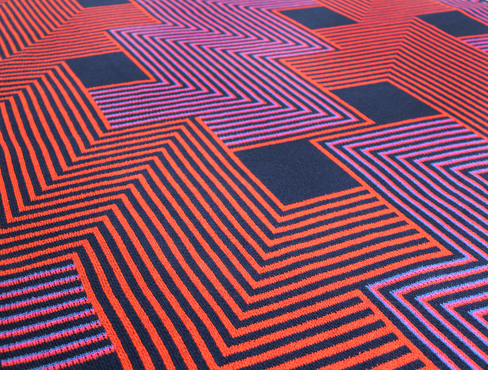