About six years ago, painter Anna Arnold and her mother were visiting the Florence OâDonnell Wasmer Gallery to pick up work that Arnold had in a just-closed exhibition. Wouldnât it be cool, Arnold mused, to work at the gallery? 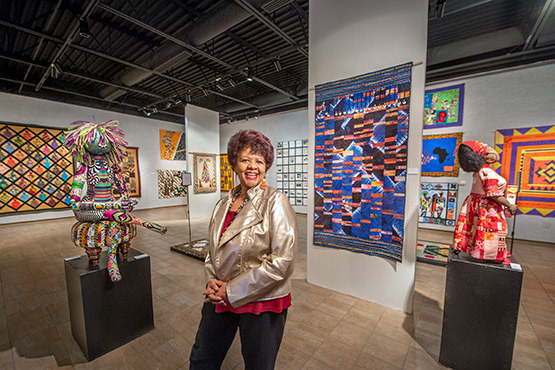 In December 2012, Anna Arnold—a painter whose work was well known in gallery circles—was hired as director at Wasmer at Ursuline College in Pepper Pike, Ohio. “It’s been one of the most fantastic experiences of my life,” she says. “It’s so spiritual here. The staff is supportive and collaborative.”

The gallery presents about six free, professionally mounted exhibitions each year. It’s a role that Arnold says she finds equally as fulfilling as creating art.

Cleveland born and bred, Arnold grew up with aunts and uncles living next door. At age seven, she wandered into her uncle’s attic and came upon a Dutch Masters cigar box full of paints and started painting by herself for hours on the porch. She knew almost instantly that she wanted to be an artist.

Her parents recognized her gift early and supported her as she made vibrant portraits, mixed media collages and ceramics.

As a student at CIA, where she focused hard on painting and making videos, faculty encouraged her to pursue her art even when the road became bumpy. “It’s that belief in yourself that they instill in you, that when you come out of there, you will have some greatness,” she said.

Last year, Arnold’s painting “The Storyteller” was selected for exhibit at the Ohio Governor’s Residence in Columbus.

She has made murals as part of the Cleveland Museum of Art Community Arts Projects, and was selected as one of the St. Clair Superior Development Corp.’s Year of the Rabbit project artists. Her work is in private and public collections that include the AIDS Taskforce of Greater Cleveland, the Cleveland International Film Festival, TRW Inc., and Jones, Day, Reavis and Pogue.

These days, though, Arnold focuses most of her creative energy on Wasmer. She sees her role as a facilitator, supporter and promoter of the artists and provides them with the best possible experience to allow their work to shine. 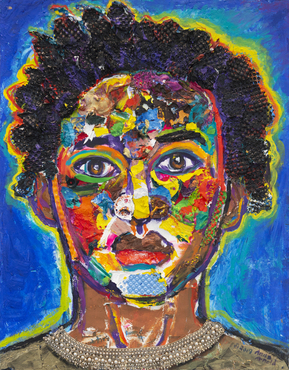