Meet the animator behind the 2018 CIA holiday greeting

Charlie Rose is the junior Animation major behind the 2018 CIA holiday greeting. 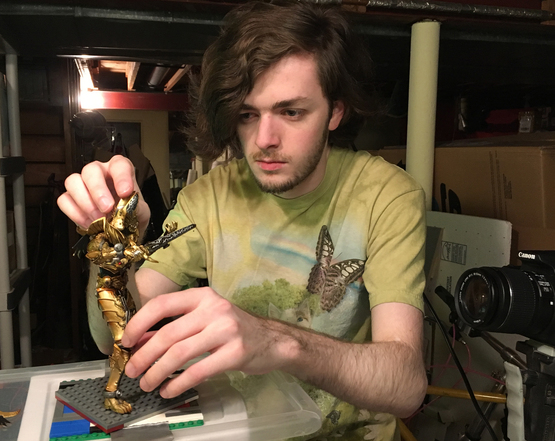 Image courtesy Charlie Rose. View the holiday greeting at the bottom of this page.

Charlie Rose grew up in Northeast Ohio and is a lifelong fan of stop-motion animation. We asked him a few questions about the making of his delightful piece, which you can view here.

What can you tell us about how you generated the idea for the animation?
While brainstorming ideas for a story, I kept coming back to penguins—they're just lumps with beaks—and I had this visual of a crowd of them hopping around and building some kind of contraption with power tools and safety gear. Eventually, I landed on the goal of them trying to conquer their own evolution and physiology by taking to the skies.

How many frames went into that short work?
It was shot at 12 frames per second, so for 32 seconds, that's 384 frames.

What was the most challenging part of the project?
It wasn't so much the production of the video itself, but the fact that I did most of the work at the same time as my pile of finals. I didn't have as many hours per day as I usually do for my animation projects, but I just moved my "studio" from the basement to the CIA building so I'd be able to work on it between, after, and sometimes during classes.

Tell us a few details about how you made the physical objects?
I got lucky when making the penguins. Michael's was selling wooden Easter eggs, a bit out of season, for under a dollar each, so I bought all of them. I sculpted beaks onto them, and the main character also had feet and poseable wings connected by Lego joints.

Where did the music come from?
The composer is Dayna Oja. He wrote the full soundtrack for one of my videos, Valentine's Day 2, and he gave me permission to use one of his previously written tracks at the end of my biggest project yet, The Last Colony Part 2. Most of his music is in a more epic, cinematic style, but he's talented enough that he can excel in any genre. For projects like this one, he uses a digital audio workstation to assemble clips of professionally recorded individual notes. So basically, every note in the soundtrack is a real recording, but reordered and assembled after the fact.

What made you want to be an animation artist?
There were several factors that contributed to my specific interest in stop motion. Since about third grade, my friends and I would always make short live-action videos when we played together, and when I played alone, I would build block cities and have a Godzilla figure stomp them to the ground.

It wasn't until middle school that I attended a weeklong "nerd camp" called Classroom Antics where I learned that I could use stop motion to make Bionicle characters fight each other without having my hands in the shot. I didn't have a drawing tablet for 2D animation, and I hadn't the faintest idea how 3D animation worked, but what I did have was a camera, a perfect combination of eccentricity, creativity, and determination, and about 12 years of experience playing with action figures. Now that I think about it, stop motion was just about the only art form I ever could have picked. 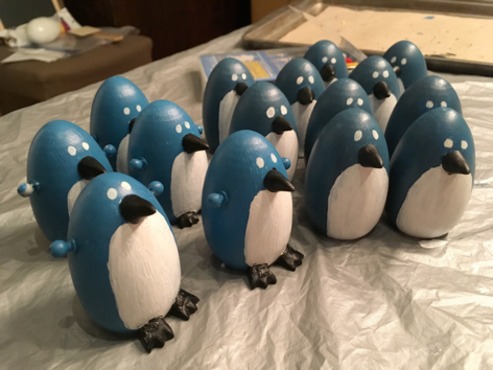 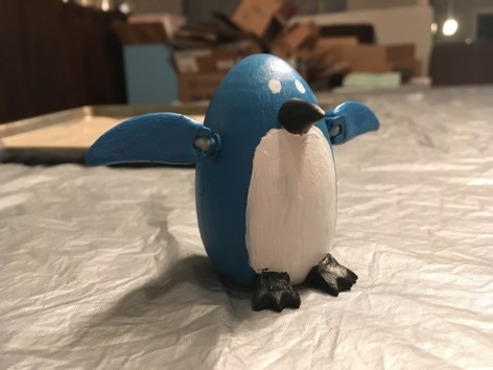