Making art brings with it many rewards. One of the biggest? Knowing your creativity made a difference to someone. 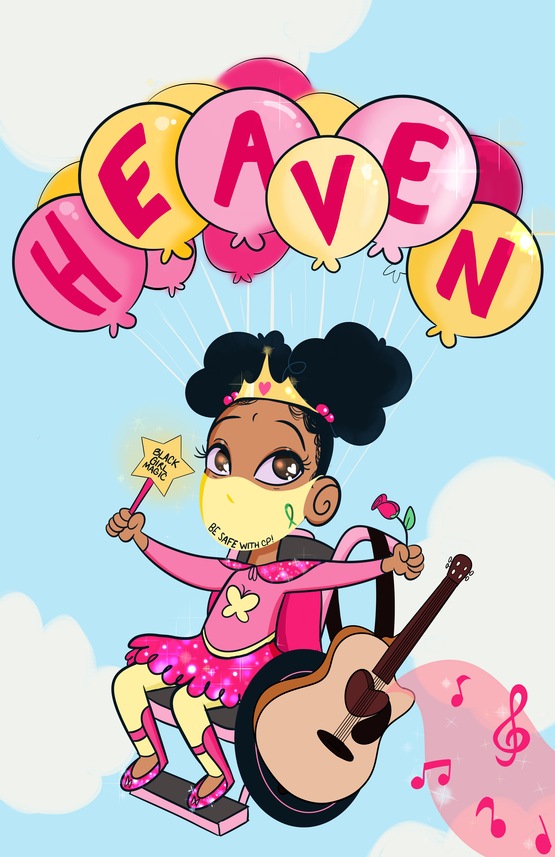 "Heaven" by Zharia Rahn. See slideshow below for more images.

Making art brings with it many rewards. One of the biggest? Knowing your creativity made a difference to someone. Just ask Cleveland Institute of Art student Zharia Rahn.

Through her Community Projects course in spring, the Animation major connected with The Superhero Project, a Northeast Ohio nonprofit that pairs children who have disabilities or serious illnesses with artists who create personalized superheroes based on those children’s strengths, interests and personalities.

Rahn immediately fell in love with the concept. Project founder Lisa Kollins connected her to a 12-year-old girl with epilepsy. The reward was a set of photos of the girl holding her poster Rahn had made.

“After I got my photos back and saw the happiness, it made me feel really gooey inside—really nice and warm,” Rahn says.

Kollins asked Rahn if she was willing to do another. The answer: “Heck, yes!”

Rahn worked on a project for 10-year-old Nevaeh in Atlanta whose cerebral palsy affects movement and muscle coordination. With her leg braces and wheelchair, superhero Heaven—powered in part by her Black Girl Magic wand—soars through the clouds. She wears Nevaeh’s favorite colors, pink and yellow, and brighter than her sparkly attire is the sparkle in her eyes.

Nevaeh's mother, Marquitta Jones, helped with the creative process since her daughter is nonverbal. She felt moved by Rahn's creation.

“My vision: I thought seeing a Black baby with disabilities would give other Black kids the idea that we’re powerful, we’re somebody, we’re special and we are not different,” Jones says. “It’s more than I asked for. I cried when I got the full poster in the mail. My artist, Zharia, brought it out.”

CIA Animation chair Anthony Scalmato knows the feeling that comes from working with families with special needs. He, too, has created superheroes—a connection that laid the foundation for this collaboration.

“I was really impressed with their thoughtfulness and approaches. The six designs were all very different from one another, which is exciting to see,” Kollins says. “They were also a lovely group to meet. They asked great questions and were really enthusiastic.”

CIA students had two weeks to design and illustrate the characters. Rahn received feedback from Scalmato and assistant professor Hal Lewis as well as her peers.

“That’s the best part of being at CIA, in my opinion. You get all of these artists, and they come together,” Rahn says. “Animation is a very collaborative major.”

After the superhero posters were finished, Scalmato asked students Chey Sprinkle, Margot Gordon and Gillian Martin to create an animation to highlight some of the artist-created superheroes. By the end, students had experienced the entire creative pipeline: the pitch, meeting client deadlines, receiving art direction and seeing through production.

Scalmato says the project gave students a chance to learn about professional options they might not have considered.

“The goal is to expose students to all the different career opportunities where animation is used, but also give them the opportunity to work with clients, work with companies, pitch their ideas and get that experience before they graduate,” he says. “We teach them all the skills in the classroom that are needed in the industry, and it’s only appropriate that we put those skills to practice before they graduate.”

Since its founding in 2017, The Superhero Project has served more than 450 families in North America, Europe, Asia and Australia. The biggest challenge: There are many children but few artists who can donate their time.

To encourage participation, The Superhero Project offers honoraria to artists whose works are featured in exhibitions, and it just launched a program to offer honoraria to emerging artists of color.

“I’m very aware artists are asked to volunteer and that they need to be protective of their craft and bandwidth,” Kollins says. “The artists who do volunteer say what makes it meaningful—and why they want to do it—is they’re creating a gift for a child and family, not donating to something.”

Rahn welcomed a chance to give back. As a student at Saint Martin de Porres High School in Cleveland, she volunteered at nearby soup kitchens but has had less time to do so in college. She also welcomed working with a child, albeit unconventionally, because she’s considering a career in children-focused animation.

Despite never meeting the children whose superheroes she designed, Rahn feels connected to them—and expressed that in letters she sent with her posters. Nevaeh and her mother appreciated their letter.

“When I started to read the letter Zharia wrote, my baby smiled. She smiled the whole time I read the letter,” Jones says. “The letter she wrote was heartfelt and amazing. I have it posted on the wall in a frame.

“The words were encouraging for me. It was amazing for her to be able to have that poster ready in a short time and not know my baby. That’s an amazing artist. That’s talent.” 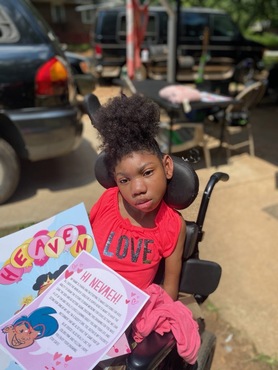 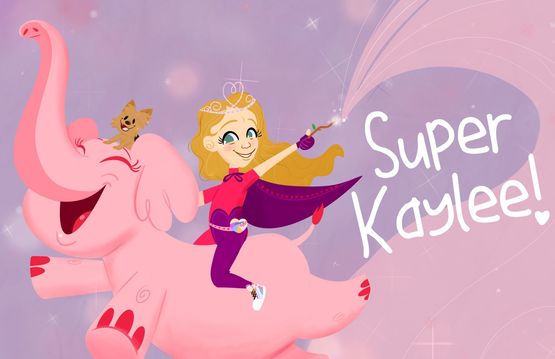 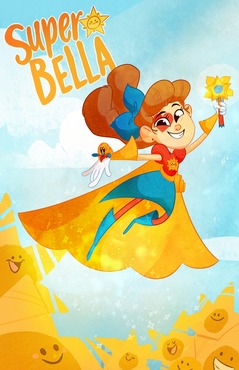 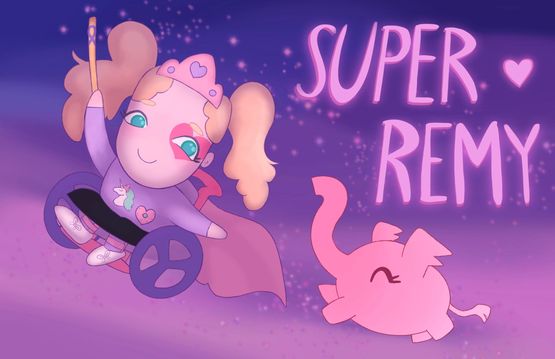 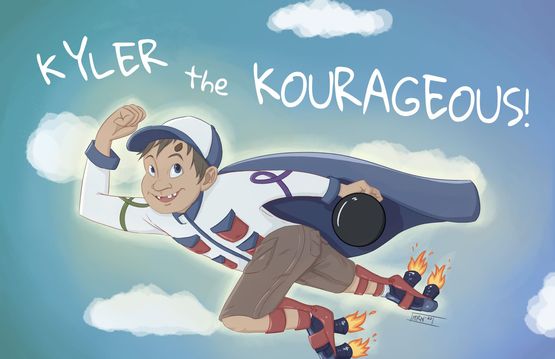 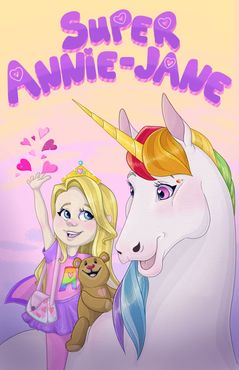 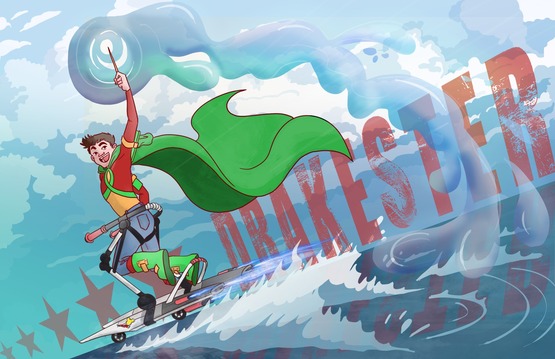 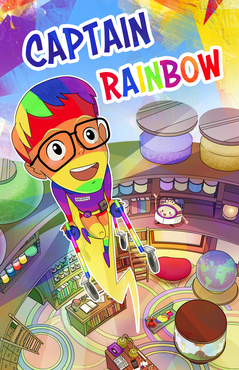 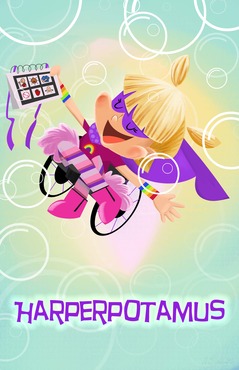 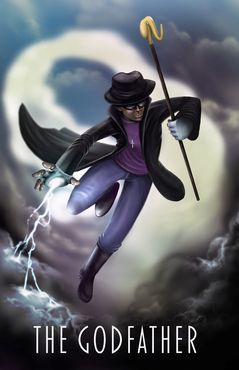