Great animation art is about ideas, drawing and storytelling. It requires mastery of tools and timing, teamwork and communication. The best artists are good at a lot of things, and CIA turns out the best. 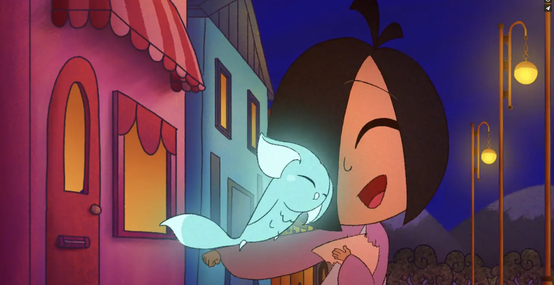 Still from "The Burnt Photo" by Cas Yee

In October 2020, an international ranking organization called The Rookies named the Cleveland Institute of Art No. 2 in the world for 2D animation education. The Animation Department was also recognized as one of the world's best schools for production excellence in 2D animation.

In addition, The Rookies heralded the work of four student animators for the projects they created during their time at CIA. (See finalist and Highly Commended artist Cas Yee's short, The Burnt Photo. See all the winners here.)

All of this points to success that has been building since 2013, when artist and CIA alum Anthony Scalmato took over leadership of the Animation Department.

Scalmato, who is a veteran artist and animator at American Greetings and their brands, answered a few questions about what the Rookies designations say about the artists in the CIA program.

What does inclusion on The Rookies ranking site signify for you?

Inclusion on The Rookies site is very humbling. Many of the schools listed on the site are ones that I’ve always considered some of the top schools for animation. We’ve been told by employers for the last few years now how impressed they have been by our students and the work they are producing. Being included in The Rookies ranking is another form of validation that our students, faculty and staff are performing at a high level.

The Rookies also named CIA among the 2020 Best Visual Effects and Animation Schools–Production Excellence Schools and Colleges in the World. This award looks like it is focused on team work. How did CIA Animation demonstrate that excellence to the judges?

To me, this is actually the more rewarding accomplishment in their rankings. To make a truly exception film, it often requires great communication and teamwork. The quality of student films keeps getting higher and higher, and that’s often because several students are working on these productions. We teach our students how to work and manage projects so that they can see the full scope of a production. This requires great organizational skills, proper naming conventions, communication skills and collaboration.

A lot of our students still create films on their own, which is an enormous undertaking. Many of them, though, begin to recruit or team up with other students to help on their productions so that they can focus on their area of strength. Animation and film making is a very collaborative process so a lot of the student films list contributors to the production in the credits.

What kind of feedback do you get from outsiders regarding the strengths of the CIA Animation program?

In general, employers, visiting artists and recruiters often share that they are impressed with our students. Some of the most rewarding emails I receive are often from a supervisor for an internship or an evaluator who shares how prepared, mature and talented are students are.

Do you have another near-term goal for your department?

To continue to expand the reach of where animation can be used. Animation as an art form is a great medium to educate, entertain and move audiences. We are always pushing our students and the curriculum to think about where animation is being used today and where it can be used tomorrow. Some of the department's goals is to expand our expertise and research in AR and VR (augmented and virtual reality) storytelling and to continue to explore and develop animated content for industries such as sports, gaming, film, social media, architecture, medical, product and automotive, to name a few. In short, the department is building stronger connections with collaborators in other departments and industries so that we can help those industries tell stories.