CIA's Reinberger Gallery supports the creative work of professional artists by providing quality exhibition opportunities. It also serves CIA students, faculty and the community as an educational resource, and particularly to encourage artistic growth and experimentation through well-presented exhibitions, events and lectures. 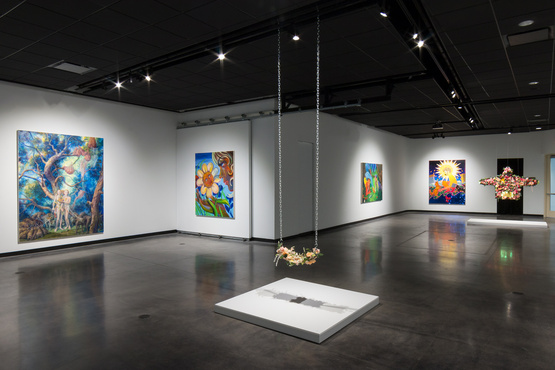 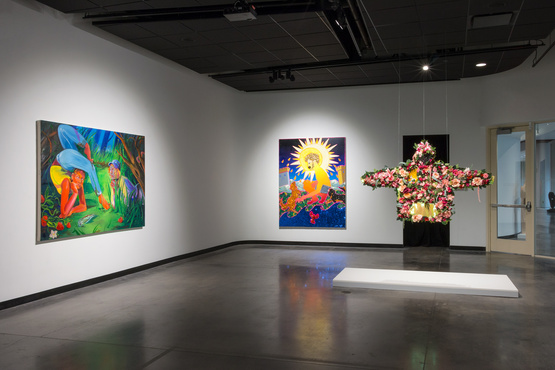 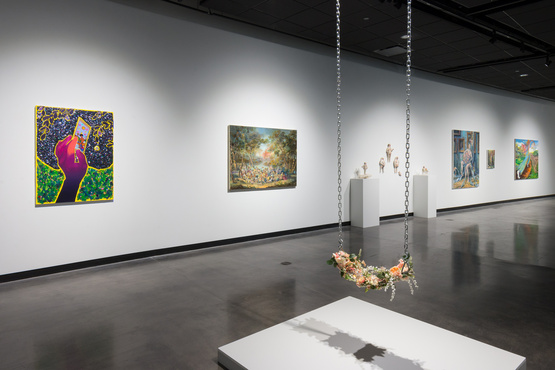 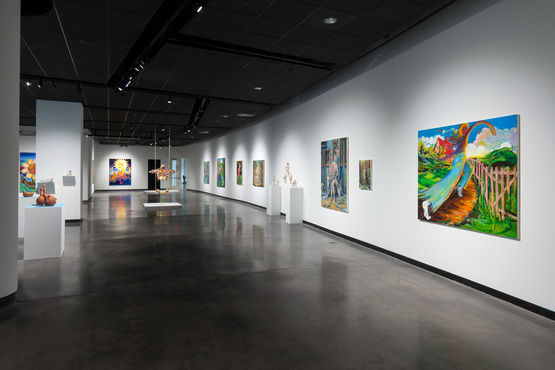 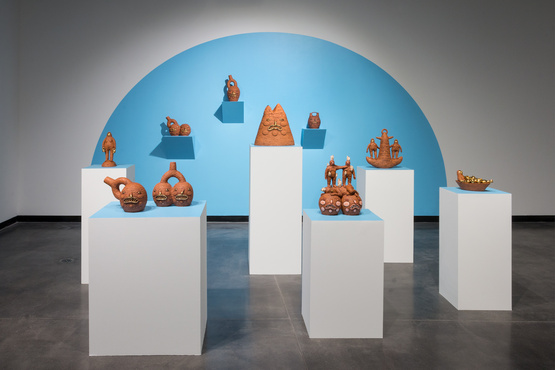 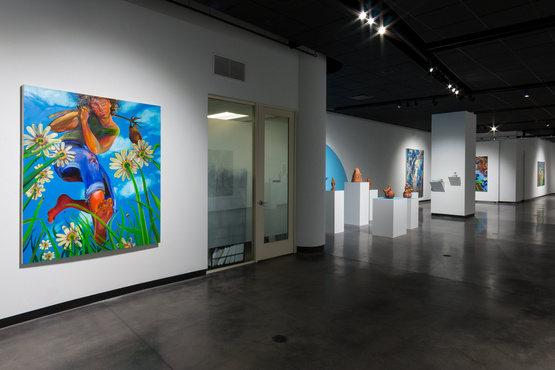 Recently on view: Getting to Know You

The figure has seen a resurgence in contemporary art in recent years, although it arguably never truly left the popular ethos. At its worst, figurative art is seen as conservative, traditional, and overly sentimental, but at its best it seeks to express the complexities of what it means to live in the world today. In a time where bodies and identity are sites for political and social contention, it is no surprise that artists are turning to this convention with innovation and intellectual vigor.

Featuring work by Natalia Arbelaez, Julie Heffernan, Haley Josephs, and Devan Shimoyama, Getting to Know You presents the viewer with a convivial invitation to get to know yourself through the lens of others. Pulling from a well of source material from the art historical, to the personal, mystic, and pop cultural, these artists approach their work with a mixture of humor, sincerity, and dynamism.

Julie Heffernan is an American painter whose artwork has been described by the writer Rebecca Solnit as "a new kind of history painting" and by The New Yorker as "ironic rococo surrealism with a social-satirical twist." Portraiture is in fact not the dominant subject in Heffernan’s painting at all; she uses the term Self-Portrait to remind herself and viewers that the places and circumstances she invents in her paintings are extremely subjective takes on a world gone awry. Heffernan was raised in Northern California, received her Bachelor of Fine Arts in Painting and Printmaking from University of California at Santa Cruz, and earned a Master of Fine Arts degree at Yale School of Art and Architecture. She is a Professor of Fine Arts at Montclair State University and currently lives in Brooklyn, New York. She has been represented by Catharine Clark Gallery since 2005.

Haley Josephs received her BFA in Painting & Drawing from Tyler School of Art in 2011 and her MFA in Painting & Printmaking from Yale University in 2014. She has exhibited locally and internationally, having solo shows at Deli Gallery and Jack Barrett Gallery in New York. Haley lives and works in Brooklyn, NY.

Natalia Arbelaez is a Colombian American artist, born and raised in Miami, Florida to immigrant parents. She earned her BFA at Florida International University and her MFA at The Ohio State University, where she received an Enrichment Fellowship. She completed a yearlong residency at the Clay Art Center in Port Chester, New York as a Barbara Rittenberg Fellow and was awarded the 2016 Inaugural Artaxis Fellowship that funded a residency to the Watershed in Newcastle, Maine. Her work has been exhibited nationally in museums and galleries, and is included in collections such as the Everson Museum and the Frederik Meijer Gardens. She was recognized by the National Council on Education for Ceramic Arts as a 2018 emerging artist. Arbelaez is currently a resident artist at the Harvard Ceramics Program, Office of the Arts at Harvard University where she is researching pre-Columbian art and histories.

Select shows offer the public the chance to purchase artwork including CIA’s student and faculty shows. This is a great opportunity to support up-and-coming artists. For more information about purchasing artwork, contact Reinberger Gallery at 216.421.7407.