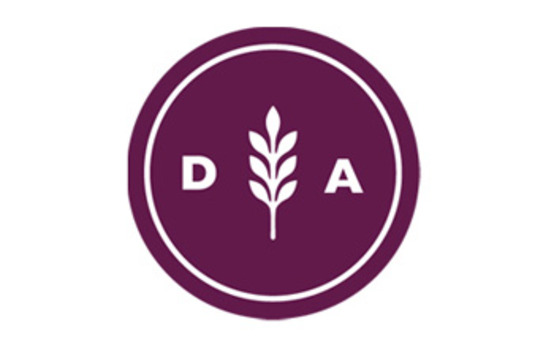 The opportunity to listen to new ideas in sustainable design – and contribute ideas of their own – drew some 130 designers, design students, entrepreneurs and others to the Cleveland Institute of Art on October 26 for Cleveland’s first Designers Accord Town Hall.

The event, “Designing a Sustainable Cleveland,” was co-sponsored by CIA, smartshape design, the Northern Ohio chapter of IDSA, and the Cleveland chapter of AIGA, and featured brief talks by students and professionals working on projects ranging from public charging stations for plug-in vehicles to environmentally friendly courier bags. After the talks, participants broke into groups to brainstorm with the presenters and offer their own solutions to ongoing design questions.

CIA Industrial Design majors presented the concepts and prototypes they developed in response to a challenging assignment: re-design a standard consumer product for sustainability. They looked at materials used, number of parts, and packaging required, among other considerations. Alex Starinsky presented his “Amplifone,” an audio amplifier that uses no electronics, but relies on the curved surfaces of two porcelain cups. His prototype had the beauty of a sculptural object and he said he envisioned it would be treated as a family heirloom.

Savannah Eby’s “e.courier” is a messenger bag made from hemp, a biodegradeable material which she said grows using 30% less water than cotton. Beautifully styled, her bag also incorporates a bamboo base for stability.

Andrew Schad deconstructed a store-bought dehumidifier and found it had more than 125 parts, not including the compressor and condensor. His version would use thermoelectric technology, a heat sink and a cold sink, to compress the humidty from air without using toxic refrigerants. Water would collect in an elegant vase-like vessel that could be used to water houseplants.

David Levine talked about the “ah-ha moment” that led him and a business partner to establish Wireless Environment LLC, a Chagrin Falls, Ohio company that manufactures battery-operated portable light-emitting diode (LED) consumer products. The company makes various ceiling lights, motion-sensing step lights, and outdoor security spotlights, and remote-control path lights. Levine noted that the efficiency of LED lights has increased exponentially in recent years and that pairing highly efficient LED lights with motion sensors means he can create a very green lighting solution: off-the-grid lights that are only on when they’re needed.

Looking ahead, he talked about what sounded like the Toyota Prius of lighting products: lights that will draw from the standard power grid during off-peak (cheap rate) hours and draw from rechargeable batteries during peak (expensive) hours.

In 2008, P.J. Doran co-founded of APOC (A Piece of Cleveland), which designs and constructs quality furnishings and accessories out of materials reclaimed from deconstructed buildings in the Cleveland area. He told the Designers Accord Town Hall participants that his current focus is on the small house movement, or microtecture. Inspired in part by Buckminster Fuller’s Dymaxion House, P.J. is designing dwellings of 150- to 200-square feet. He envisions settlements of such dwellings surrounding community centers which will bring people together to meet daily needs.

The advantages of these very small houses include affordability of construction, low utility bills, low maintenance, and low impact on the land. His challenges include making such structures environmentally sustainable and appealing in design. He left the meeting with lots of suggestions and even some new sketches from participants.

According to Plug In America, "virtually every major auto manufacturer in the world, along with numerous smaller outfits, is developing a plug-in vehicle." When those vehicles hum off the assembly line and onto the American market, King Heiple will be ready. He founded his Solon, Ohio company, Recharge Power, three years ago in anticipation of the coming boom. Recharge Power produces charging stations for plug-in and hybrid vehicles that will be installed in commercial parking garages and surface lots.

But will plug-in and hybrid vehicles take off in America as long as gas prices remain relatively low and stable? Heiple will have to wait to find out, but he told the Town Hall that, as a true entrepreneur, he can handle that uncertainty. “I can tolerate a lot of ambiguity and stress and not knowing what’s next.”

Doug Paige, a CIA graduate and associate professor of industrial design, was the last of the professional presenters but addressed the environmental and social issue that may eventually eclipse all others: global access to clean drinking water. After presenting a few sobering statistics from Geography 101 – only 3% of the world’s water is fresh water; more than two-thirds of that is locked up in polar ice caps and glaciers while another 30% is ground water; 70% of the available fresh water is used for agriculture, and as many as 1 billion humans lack access to sufficient amounts of clean drinking water – Paige talked about his work to create efficient, small-scale desalination systems that mimic the principles of nature.

Paige is working on this project with classmates in the biomimicry certification program offered by the Biomimicry Institute. Asking participants to remember their high school lessons on the water cycle, Paige said the challenge is to devise ways that humans can use water and return it to the water cycle in good condition, “like a library book.”

“Designing a Sustainable Cleveland” was one of a series of Town Halls inspired by The Designers Accord, which describes itself as "a global coalition of designers, educators, and business leaders, working together to create positive environmental and social impact." The organization offers a toolkit for integrating sustainability into design education.

Anthony Buehrer, project manager/product designer at smartshape, served as emcee. He said the goals of the Designers Accord are to increase awareness in the creative community, evolve design education and support professional development, and influence policy through design thinking. Buehrer urged participants to become Designers Accord adoptees.

Read the event recap on Core77.com.