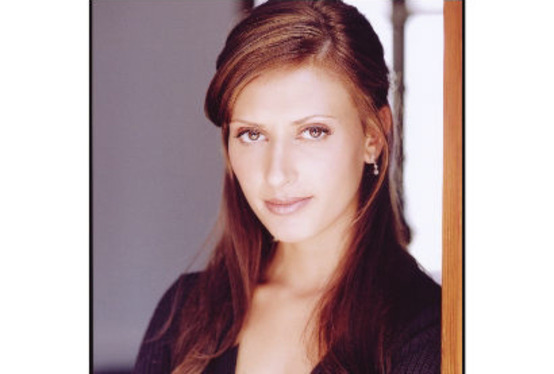 Screenwriter Angela Russo-Otstot joined the Cleveland Institute of Art faculty on an adjunct basis this fall as a writing instructor in the Liberal Arts Environment. A native Clevelander, she spent the past decade in Los Angeles working as a writer-producer for television and film. She has been an active member of the Writers' Guild of America West for more than 10 years. Currently, in addition to teaching at CIA, she is co-founding The New Foundation For Children, a nonprofit organization that supports Northeast Ohio preschoolers and their parents and teachers.

What’s been your favorite writing project?

I’ve written on five different television drama series and developed original series for both cable and network. My favorite was The Shield on FX—it was actually my favorite television show as a fan before I was hired as a writer. Writing the last season was very exciting because I got to help determine the fate of all the characters.

How did you become a writer?

I never had any formal training in writing, although that’s what I originally wanted to study. Instead I attended Syracuse University to study acting, with a focus on script analysis and theory. Then I went to New York City to do a two-year intensive acting program at the William Esper studio. I moved out to Los Angeles, but quickly realized that I’m more comfortable behind the camera. That’s when I had a lucky break. I co-wrote a script with a friend from Cleveland, who had been out there writing for some time, and we sold it to HBO. So I ended up learning to write in a professional setting.

What made you decide to move back to Cleveland?

I’ve lived in three different countries, six different cities over the last two decades and Cleveland is still my favorite. My husband is also from here, and it’s the community in which we wanted our two young children to grow up. The prospect of teaching at CIA was very exciting to me not only because of the school itself, but also what it means to Cleveland. I grew up going to the Cinematheque with my older brother every week. That’s how we both developed a love for film. [Her brothers, Anthony and Joe Russo, also work in the industry as award-winning television and film directors.] After working for ten years in a business that’s unabashedly about the dollars at times, it’s been nice to work with artists who are creating out of passion.

So many CIA students create work that has narrative qualities. What do you hope they’ll take away from your class?

I’m teaching screenwriting this semester and it’s not just filmmakers, but also graphic artists, novelists, game designers... I think that every artist needs to be able to tell a story. Whether you’re creating a sculpture or a painting or an illustration, there’s a storytelling element involved. We all should study character and the human psyche so we can take our viewers through a journey. That’s part of the beauty of art. Art makes you feel something, and then you reflect on it and hopefully come to a better understanding of yourself or the world around you.

Last week, we paid tribute to the late Richard Anuszkiewicz, CIA alum and Op Art pioneer. This week, so too has @nytimes, which wonderfully details his life and career. https://t.co/GmXRRuNEeQ

Thereâs still timeâ40 hours, to be exactâto sign up for an online summer Continuing Education class! Courses for kids and adults include digital illustration, painting, drawing and more. View the full course catalog and register by 11:59pm Monday at https://t.co/IEl75R0qKI. https://t.co/wKGhobzPRw

Prospective students: Weâre looking forward to when we can reopen our doors to you and the community. In the meantime, join us on this video tour of CIA, where youâll get a look at our educational programs, creative spaces, residence halls and more! https://t.co/2Wc6Y7gDd4