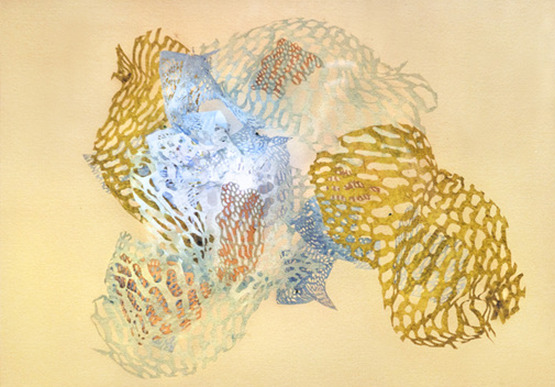 Nine CIA students won cash awards totaling $11,000 and will have their works added to the contemporary art collection owned by Dealer Tire in an art contest sponsored by the Cleveland-based corporation.

In a three-way tie for first place, the following students each received $2,500: Brian Mouhlas for “Aftermath in the Philippines,” Oscar Gresh for “A Small Conversation,” and Abbey Blake for “Growth.” Anastasia Soboleva won third place and $1,000 for “Apprehending the Reality of Real. ” Honorable Mentions and $500 each went to: Chen Peng for “Balance,” Tina Egan for “Le Sabre,” Abigail Clark for “Library Sale 2013,” Nicole Matthews for “Head in the Clouds,” and Abbey Blake for “Systems 1.” There was no second place winner.

In all, approximately 80 works were submitted for judging, said Kyle Todaro ’12, technical specialist for CIA’s Visual Arts and Technologies environment. Submissions were judged based on creativity, originality, technical execution, and how the artwork relates to Dealer Tire’s core values: fairness, personal and team accountability, playing to win, and innovation. Richard Konisiewicz ’76, CIA’s director of corporate, foundation and government relations, organized the competition with assistance from Todaro.

Above: artwork by Abbey Blake.