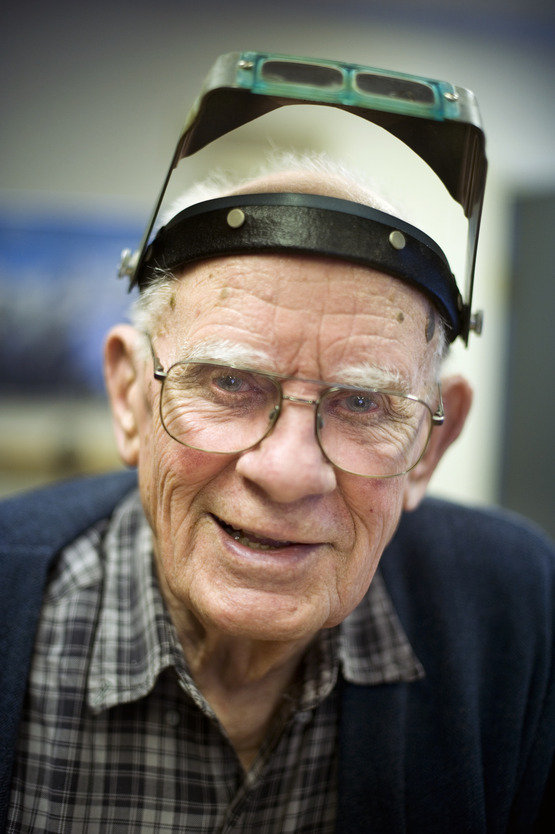 “John Paul was one of the most gifted, prolific and yet modest artists ever to graduate from the Cleveland Institute of Art,” said CIA President and CEO Grafton J. Nunes. “In addition to making breathtaking and award-winning gold jewelry, John Paul was a painter; photographer; director of CIA’s gallery; and professor of watercolor, metalry, and design to generations of students at CIA over the course of 41 years, retiring in 1985. He served his country during World War II, illustrating field manuals for the U.S. Army.”

A memorial service will be held in Aitken Auditorium, in CIA’s Gund Building, 11141 East Boulevard, on Sunday, March 10, 2013 from 1-2pm with a reception to follow.

Miller’s influences included classical music, especially as played by the Cleveland Orchestra; nature (he hiked and camped out west many summers, even studying landscape photography with Ansel Adams on one of his many trips to Yosemite National Park); his instructors, including CIA icons Kenneth Bates, Kay Dorn Cass ’23, Paul Travis ’17, Walter Sinz, Carl Gaertner ’24, and Viktor Schreckengost ’29; and his classmate and great friend, the silversmith Frederick Miller ’40.

Encouraged by CIA Director Laurence Schmeckebier to focus on his work with gold rather than his watercolors, Miller applied himself diligently, rediscovering an ancient process for attaching tiny beads of gold to a gold surface without solder. He had solo shows at the Art Institute of Chicago and New York’s Museum of Contemporary Crafts, and, two years ago, at the Cleveland Museum of Art. His work was shown in Brussels, Zurich, and London and is in the collections of the Cleveland Museum of Art, the Smithsonian Institution, the Museum of Contemporary Arts and Design in New York City, and numerous other public and private collections. In 1961, Miller received the first Cleveland Arts Prize ever awarded in the visual arts category. The American Craft Council awarded him its gold medal for artistic excellence in 1994.

Upon his retirement from CIA in 1985, his colleague and lifelong friend, Professor Emerita Franny Taft, wrote about Miller in CIA’s Link magazine:

“His versatility and sensitivity made him a great, as well as dedicated, teacher. John Paul’s concern as always was for the students. He wanted them to develop their talents to the fullest, to learn technique and taste, and to maintain the highest standards of craftsmanship.”

Contributions made to CIA in Miller’s memory will be added to this scholarship endowment for the benefit of future students.