A CIA faculty member turned his camera on a history-rich swath of land near his home to investigate the passage of time, and nature's hold on a space. 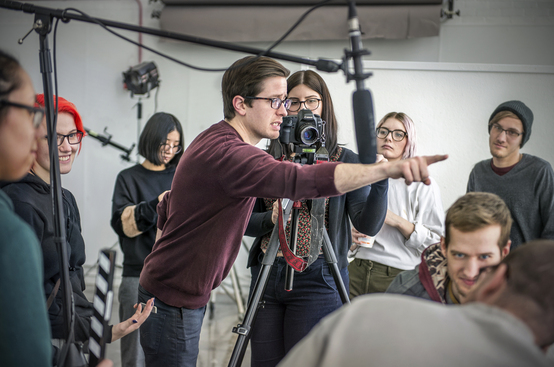 Jacob Koestler is a lecturer in CIA's Photography + Video Department

As glossy high-rises and shopping centers sprawl across Cleveland’s eastern suburbs, artist Jacob Koestler would rather contemplate the region’s past. In his new film Casual Water, Koestler explores Oakwood Country Club, a once-thriving Cleveland Heights institution that closed in 2010.

Through personal interviews and multiple digressions, Koestler—a Cleveland Heights resident— considers how much a few acres of land can come to represent. The feature-length film screens at 4pm on Sunday, September 1 at the Cleveland Institute of Art Cinematheque. Koestler will answer audience questions after the screening.

“A large part of the film is my own personal narrative, which deals with my doubts and challenges of being an artist,” Koestler says. “I had gotten away from using my camera as a means to pull me out into the world and meet people. So I started by talking to my neighbors and other local historians and activists about a private green space that is practically in my backyard.”

At first glance, Casual Water appears to be a study of an abandoned space, but Koestler’s inquiry brings it to life.

“This piece of land comes alive from the various stories and viewpoints of the people interviewed,” he says. “Each story took me down a new path and introduced me to people and ideas that I hadn’t yet considered.”

These histories help Koestler create a story that touches on deeper themes of the passage of time and the impermanence of natural spaces. Koestler is haunted by the grip that nature has on this site of memory.

A lecturer in the Cleveland Institute of Art Photography + Video Department, Koestler released his first feature-length film, Go Away Everywhere, in 2016. His current work uses elements of photography, digital cinema, and printmaking.

During the making of Casual Water, his own life became intertwined with the narrative. The year of filming included “a profound winter trip to Russia and the death of my grandfather,” Koestler says. “Both of these events are included in the film, and I found it very challenging to incorporate them, not only structurally, but also just listening back to my own voice unpacking the emotions.”

Inspiration also arose from the interviews. Koestler partnered with the interviewees to create a bridge between past and present. “One of the biggest challenges of working in the documentary mode is representing your subjects in a respectful and honest way,” he said. “For me, the responsibilities of filmmaking grow exponentially with each person included.”

The film takes its title from a term in the U.S. Golf Association handbook, which as Koestler says, refers to temporary water hazards during play: a puddle, broken sprinkler, inclement weather. “Casual water” is temporary, a fleeting impediment to one’s game, but Koestler sees more to the name.

Oakwood Country Club existed for more than a century, he notes, but “in the end is only part of the story of this landscape, which has been taken over by nature. Nothing stays the way it was, and it’s important to stop, look around and appreciate what’s in front of us while it’s still there.”