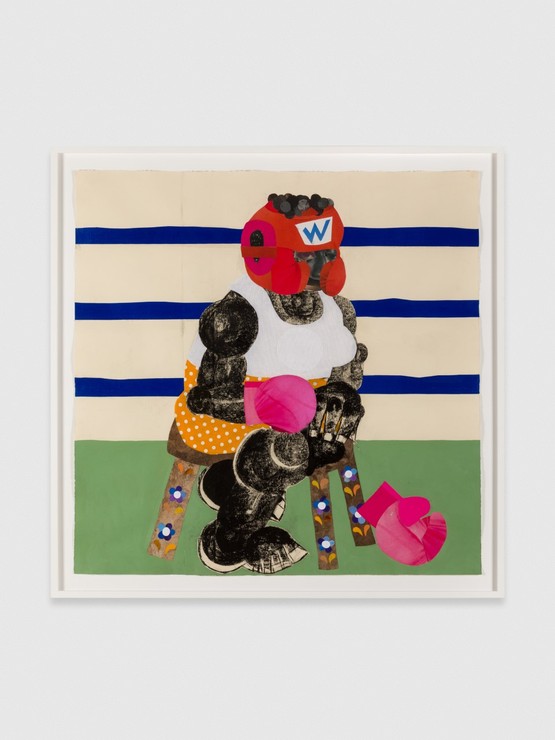 Clotilde Jiménez had quite a summer.

A solo exhibition of new work, The Contest, opened in July at Mariane Ibrahim Gallery in Chicago following a months-long delay due to COVID-19. The show received critical praise and was met with as much fanfare as social-gathering restrictions allowed. A small afterparty for collectors and artists drew renowned fabric sculptor and performance artist Nick Cave, with whom Jiménez discussed his work and developed a friendship.

“It was everything I wanted, basically, but the Great Gatsby party that happens at the solo show of an artist,” he says. “It was just digital and more private.”

Media attention around the show culminated with a feature in Art in America. Editors chose his “Pose No. 12” for the cover of the September/October issue.

“They told me there was a list of big-name artists and they chose my work over theirs,” Jiménez says. “I was surprised, humbled and honored.”

Jiménez graduated from the Cleveland Institute of Art in 2013 with a BFA in Printmaking but these days works in a variety of media. He employed large-scale collages and bronze sculpture in The Contest, a deeply personal series centered on his relationship with his father, a bodybuilder and boxer. The work in the show negotiated the intersections of race, sexuality and what Jiménez describes as “Black male masculinity”—complex issues expressed through layers and intricate constructions.

“I believe the medium, it has a language in itself,” he says. “I speak most of the languages, and sometimes it’s difficult to express certain things—you can’t do it all in every language. I would like to, and I’m trying to work my way up to that, but sometimes you have to switch.”

“It hasn't really left my practice. I use it more as a thinking space,” he says. “I don't think I'd be making the work I'm making if I didn't study printmaking.”

He credits CIA Printmaking chair Maggie Denk-Leigh with fostering his development. To this day, while working in his Mexico City studio, he thinks about questions she posed during critiques or guidance she gave him.

Jiménez was born in Hawaii but arrived at CIA by way of Philadelphia. He grew up in a poor neighborhood, he says, and he described his teenage self as “not focused, lazy, depressed and cynical.” He attended Charter High School for Architecture + Design, a now shuttered school that offered opportunities to at-risk kids with creative ambitions. He admits to earning mostly Cs and Ds, and his expectations for getting into CIA weren’t high.

Once at CIA, his approach didn’t immediately change. He says he spent his first three years “wasting everyone’s time” and considered himself the worst student at the college.

“I think people knew maybe I had something, but I just wasn't motivated,” he says. “That's what happens when you’re broke, you come from a certain life, you feel alone, you're dealing with everything—trying to negotiate class, gender, race—and you're a young adult.”

Along the way, Denk-Leigh connected Jiménez with 2008 CIA grad Darius Steward, who became a brother-like mentor. Through their conversations about art, life and education, Jiménez developed convictions and started to take his work and education more seriously. At the end of his third year at CIA, he decided he’d stay on for five.

“I told Maggie, ‘I’m not graduating next year. I’m going to take an extra year, do everything I should’ve done in my (third) year, and I'm going to knock it out of the park in my fifth year—and that's what I did,” he says. “In my fourth year, I came back as a new student.”

Denk-Leigh says Jiménez’s turning point came when he embraced depicting his personal narrative in his work and developed a way to communicate it to viewers. He began to emulate visiting artists to CIA and alumni with whom he connected, and he threw himself into his work, she says. Those efforts led to a “wonderful” BFA review and helped set his current career trajectory. She isn’t surprised by his success.

“He was pretty thoughtful in what he was going to try to accomplish, and I’d say that’s where he is (today). He mapped it out, digested it, knew what his obstacles and challenges would be,” Denk-Leigh says. “He aggressively sought out a path to achieve (his goals). I think when he turned the corner, when he committed to his work, he was on solid ground going forward.”

What’s next for Jiménez? A return to printmaking. He has a residency scheduled for later this year or early next at Idem Paris, a fine art printmaking studio in France, where he aims to make an edition of prints that’s “something special.”

“I’m excited about that because I haven’t touched printmaking in a long time,” he says. “I’m excited to translate the work I'm already doing, which already has traces of printmaking, at least the ideas, into the actual medium—and, this time, not to be a student but do it myself.” 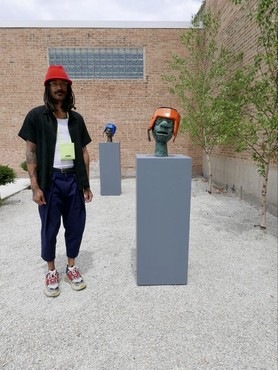 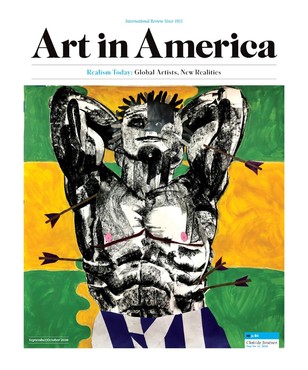 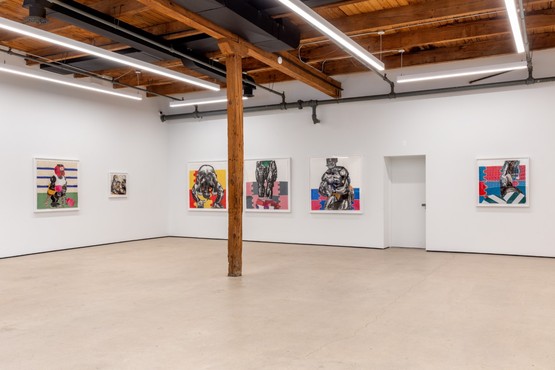