CIA-CWRU program has been fruitful for Life Sciences Illustration students 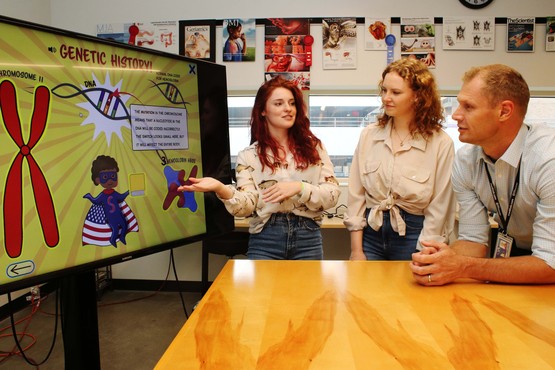 Umut Gurkan is not the bragging type, but he is passionate about his work. That’s why the Case Western Reserve University associate professor, though ultimately proud of his CWRU/Cleveland Institute of Art academic team’s work and second-place finish in a recent national competition, was slightly disappointed they weren’t recognized for more.

The contest was called the Hope for Sickle Cell Disease Challenge, and it was organized by the National Heart, Lung and Blood Institute, part of the National Institutes of Health. The purpose was to shatter myths about sickle cell disease, give hope to young people dealing with the condition and show them that they can live fun, fruitful lives.

To communicate that message, college students and their mentors could create and use videos, software, illustrations, computer games and websites. Gurkan’s team, which included Grace Schlemmer ’22 and Kerstyn Gay ’22 from CIA and CWRU graduate student Zoe Sekyonda, built an interactive, animated virtual book, My Super Cells and Me!

“We should have won first place,” Gurkan says ardently, but not bitterly. “I had a lot of confidence in our researchers and in Grace and Kerstyn. They spent months working on the project, interviewing patients, caregivers, nurses, doctors, social workers and researchers.“We have received requests from physicians around the world, inquiring if they can use this book, especially for younger patients,” adds Gurkan, who researches sickle cell disease.

Schlemmer and Gay, who with Sekyonda split a $15,000 contest prize, say they were pleasantly surprised to learn that they had taken second in the competition. “I knew we had created a cool tool but didn’t expect our efforts to have that big of a payoff,” Gay says.

The two-school partnership stems from an internship program in which CIA students in Life Sciences Illustration (formerly Biomedical Art) learn about science and bioengineering at CWRU so they can more effectively illustrate scientific concepts and make them more understandable.

Maybe that’s likely why College Factual, which helps students find colleges and identify majors most suitable for them, ranked CIA the most focused medical illustration and informatics school in the country in both 2020 and 2021.

Providing hope
Gurkan established a sickle cell disease research lab in 2013 at CWRU. The red blood cell disorder, which can cause pain, infections and strokes, affects 100,000 Americans. Gurkan’s aim is to educate the world, especially underserved communities, about advances in research and treatment, and to demonstrate that researchers care about them.

“If the disease is not diagnosed early and properly, the life expectancy can be as low as five years,” Gurkan says. “But in the United States, all babies are screened for sickle cell. If someone is diagnosed, modern medicine can manage the symptoms and reduce the complications, and these patients can have longer, healthier lives.”

“The program helps students with communication, research and collaboration skills,” says Thomas Nowacki, chair of Life Sciences Illustration at CIA. “Scientists and researchers have different processes than artists at an arts school. There is a certain professionalism expected in terms of meeting deadlines, understanding the science and communicating with co-workers.”

“We wanted to be uplifting, and talk about the misconceptions and the day-to-day things you have to live with, and still live a life and do what you want,” Schlemmer says. “We thought a book with an interactive component and animation would be a good way to engage kids.”

My Super Cells and Me! contains a world map showing smiling superheroes flying over the earth. Readers can select each superhero to hear them introduce themselves and talk about different aspects of sickle cell disease, such as how it affects the body or how to cope with the condition.

“When the idea of using superheroes was presented to me, I thought it was cool and original,” Gay says. “It would appeal to so many kids. I was into superheroes growing up, so it would have attracted me, and I thought the way it was broken down by country and topic made it super easy to comprehend.”

Schlemmer, as team captain, learned how to work with and manage people and assign tasks based on the expertise of team members. Gay learned the importance of deadlines and communication. These soft skills, combined with their artistic talent, will benefit them in their careers.

“In school we’ve done different animated and interactive projects in relation to science, but nothing on this scale,” Schlemmer says. “This was the biggest project I’ve ever done.”

Illustrating the science
The CIA-CWRU partnership is funded by a National Science Foundation grant that supports the integration of science, technology and art.

“Science and engineering research looks complicated—lots of charts, graphs, tables and equations,” Gurkan says. “People have a hard time following it, and they won’t benefit from the science if they don’t understand its complexities. But if you use art and illustrations, we can explain these concepts in a simpler way.”

The same can be done for other scientific concepts, like global warming, alternative sources of energy and pandemic responses.

“The better we explain this science and technology to the public, the more support we will get, including in the form of voting decisions and funding,” Gurkan says. “We can bring society together.”

The CIA-CWRU partnership began in 2016, after Gurkan contacted Novie Studio, a local medical illustration and animation firm, for help with showcasing a new medical device. It turns out that the firm was Nowacki’s company outside of CIA. Nowacki asked one of his students, Grace Gongaware ’16, to assist him with the medical device project. Gongaware—who today works for MIM Software Inc., a Beachwood firm that provides imaging solutions in the medical field—ended up being the first intern in the CIA-CWRU partnership.

“Academia doesn’t always have the budget for professional services,” Nowacki says. “So, (CWRU) gets our services at CIA, and our students gain knowledge and experience.”

CIA students in the partnership, in addition to entering contests, have designed cover art for scientific journals in which articles by CWRU faculty have appeared. For example, Chyna LaPorte ’21 illustrated red blood cells on the cover of Microcirculation, the journal of The Microcirculation Society.

Gay says the CIA-CWRU partnership is successful because students and instructors from both schools respect each other and what they can contribute.

“Both sides are invested in what they do, and when we come together, it makes us stronger,” Schlemmer says. 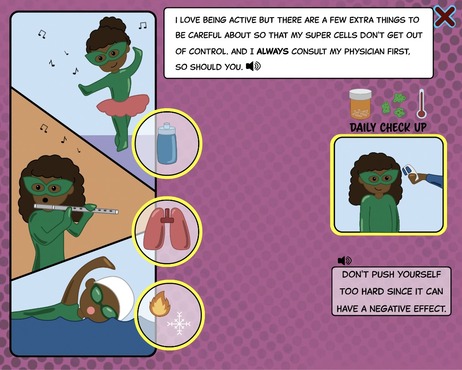 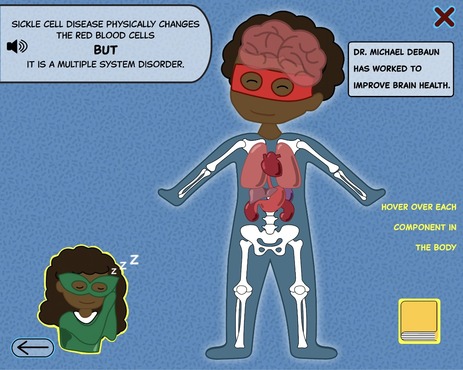 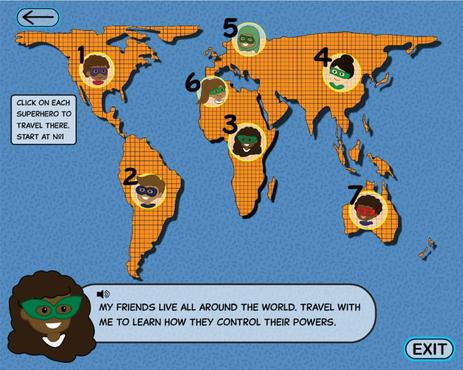