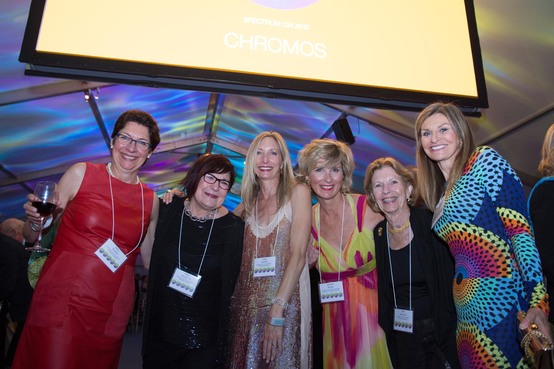 Sally Hollington, Director Emerita of the Board of the Cleveland Institute of Art and a longtime friend of CIA, died August 15 at the age of 88.

Hollington joined CIA’s Board of Directors in 2004 after taking a ceramics course in the Continuing Education program. She brought many great ideas and initiatives to her role at CIA.

“I always enjoyed running into to Sally. Her energy and enthusiasm for life were contagious,” says Board Chair Cynthia Prior Gascoigne. “She was always curious as to what was happening at CIA, especially any news about the students. Sally had an undeniable passion for art, what it brought to people’s personal lives as well as its impact on the community and the economy. She will be deeply missed.”

Hollington and her husband, Dick Hollington, were key players in establishing strong relations between CIA and Ohio’s legislative leadership, yielding great success in securing state funding to support CIA’s operations and capital projects. Hollington’s generosity to CIA also included many gifts of support, including significant contributions to CIA’s Framing our Future campaign for the campus consolidation completed in 2015. Her impact is ongoing, as her family has recommended that gifts in her memory be made to the Cleveland Institute of Art.

In addition to her dedicated service to CIA, she was a champion of many civic and educational institutions in Northeast Ohio, including MetroHealth, St. Luke’s Foundation, the Fund for our Economic Future and Hathaway Brown School, where she served as board chair. Hollington had a great passion for art and design. She spent many years working in real estate and renovating homes. More recently, she began exploring her personal interest in pottery and shared her enthusiasm for it with her grandchildren, thus instilling a love of creativity in the next generation.