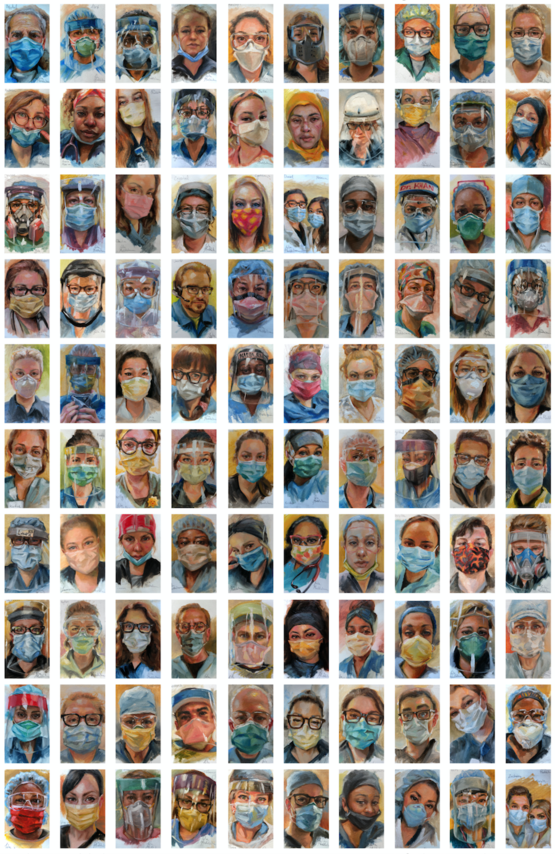 When COVID descended in the spring of 2020, Julia Maddalina watched most of her work evaporate. A painter, portrait artist and illustrator, Maddalina normally earns her living through a combination of sources, including commissions and contract work demonstrating art materials at conventions for the General Pencil Co.

Suddenly conventions were being canceled. Two weeks into a job as a substitute art teacher in the Ann Arbor Public Schools, that opportunity dried up because education went online.

Maddalina ’18 still had her skills, but she didn’t feel especially useful.

So she improvised. She took to Twitter to announce she would make portraits of medical workers free of charge as a way to honor pandemic front liners. A trickle of takers became an avalanche. She challenged herself to paint 100 oil portraits of those who were doing some of the most important work of the moment.

Within months, she had a new body of work. She also had renewed her sense of purpose and improved her painting. “I’m 100 portraits better than when I started,” Maddalina says. “I found a new process for working. I really like the style. Not only did I grow as an artist, but showing myself that I was able to make 100 portraits is pretty powerful.”

Her series is on view at portraitsofthefrontline.com. A poster with all 100 portraits is being sold through Worldbuilders Market, a site that raises money for worldwide charities.

Separately, Maddalina’s still life of a roll of toilet paper—famously in short supply during the first months of COVID—was included in the Emergency Art Museum, a pop-up art space in Los Gatos, California.

Maddalina is just one example of CIA artists who are finding opportunities amid COVID challenges. They find large and small ways to succeed, and they demonstrate the benefits of seizing the moment. Sara McClelland Phillips ’06 was furloughed from her job but earned money by sewing and selling masks. She says she is “thankful for the skills I learned at CIA—art and perseverance.”

Designer Dan Cuffaro ’91, chair of Industrial Design at CIA, took advantage of the all-virtual landscape to recruit experts from across the United States to take part in students’ thesis reviews.

“The shift in format meant that we didn’t have to rely on people who had the time and means to travel,” he says. “A challenging time presented a unique opportunity.”

And Dawn Petrill ’95 was selected as one of four artists to create public art decals in Dublin, Ohio. Petrill’s artwork helps people stay the “three paintings” (6 feet) away from others when they’re in public spaces.

Becoming the go-to guy for storyboards

For Lincoln Adams ’98, the pandemic created a boost in his career making storyboards for film and TV.

Adams, assistant professor in CIA’s Animation Department, already had a robust freelance career and had been getting assignments from Los Angeles-based studios, including Nickelodeon and Illumination. Those companies employ union artists, however, which limited the scope of what Adams could do as a freelancer.

Before the pandemic, Adams had arranged to join the union. Thanks to that move, the studios were free to use him even more when COVID hit.

Ironically, some of their full-time artists—now stranded home—lacked the artmaking equipment they used at the studios. Adams had everything he needed in his home studio. From January through to mid-September, “I worked almost nonstop.

He was able to reap the opportunities of the moment because he’d sown seeds of preparedness for years by networking on LinkedIn and attending animation conventions.

“I think that persistence paid off,” he says. “You have to put the nets out early and often.

Having the right equipment was critical as well—a message he imparts to his students.

“You can find really good used hardware such as Cintiqs and MACs or PCs that won’t break the bank. It’s the software subscriptions that get you. So a budget that allows you to do this and still pay on your student loans is mission critical to successfully working remotely.”

People still shop during a pandemic

As counterintuitive as it sounds, three months into the pandemic was exactly the right time to launch a new business for Alisha Merrick ’98. In June, she opened FERN, a small shop in Friday Harbor, Washington, where she sells her hand-made art and jewelry and works by other artists and craftspeople.

“It has been a lifesaver financially and emotionally during the pandemic,” she says.

In fall 2019, Merrick realized she needed some-thing beyond the local markets where she had been selling her work. In January, she wrote a business plan to rent a retail space in the quaint tourist town of Friday Harbor.

She had planned to open March 16—the day that all the local retailers She opened June 1 instead. While tourism was slower, the town enjoyed an influx of property owners who decided to ride out COVID in their vacation homes.

Sales didn’t quite hit her pre-pandemic projections, but business has been good, she says. “My sales for the third quarter were the same as my entire 2019.”

Lessons from the portrait project

For Maddalina, the front liners project paid big emotional dividends. When she sent her subjects the digital images of their portraits, “they were incredibly thankful and happy. I was equally as grateful to them.”

The project also reminded her of the unpredictable rewards of thinking big. Her offer to make the portraits created a deluge of requests, which she was forced to manage and mitigate. At times she felt overwhelmed.

But in retrospect, she says, “It’s fun to have those things where you say what was I thinking? Either it’s going to be awesome or you’re going to have a great lesson. In my case, I feel like I’ve had both.”

So yes, COVID erased a lot of Maddalina’s plans and expectations for 2020. But, she adds, “the impact of seeing 100 nurses and doctors all together is something I would never trade for all the stress.” 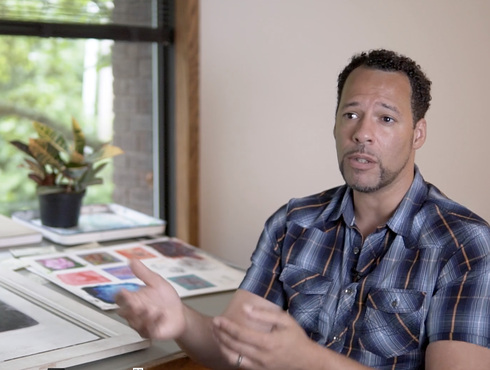 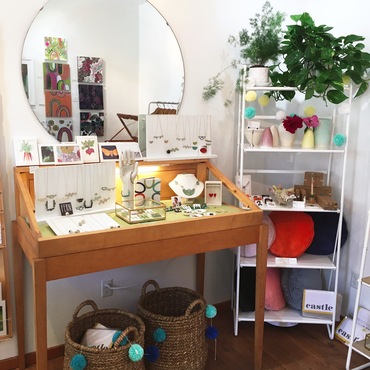 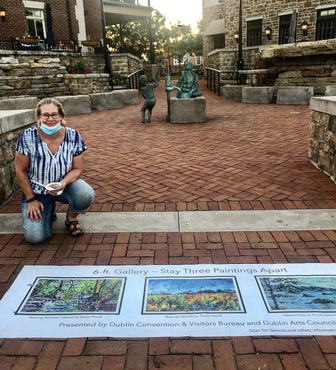