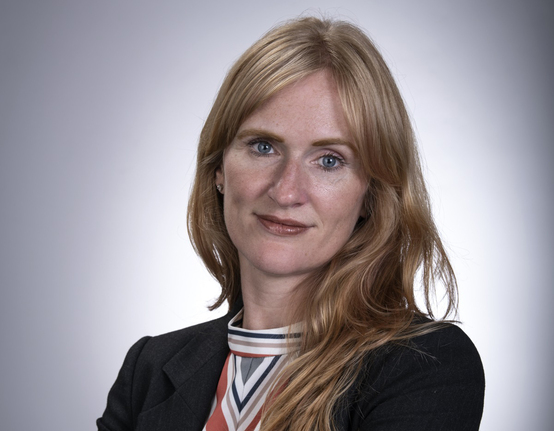 Kathryn Heidemann, a longtime leader in arts management and higher education administration, has been hired as Vice President of Academic Affairs and Dean of Faculty at the Cleveland Institute of Art.

Heidemann most recently was at Carnegie Mellon University, where she served as Assistant Dean for the College of Fine Arts and the Heinz College of Information Systems and Public Policy.

Heidemann will begin September 3, 2019. The announcement was made this week by Grafton J. Nunes, CIA’s President + CEO.

“We are thrilled that Kathryn is joining our leadership team here at CIA,” Nunes said. “As Dean of Faculty and Vice President of Academic Affairs, she serves as CIA’s chief academic officer, a crucial role in ensuring the delivery of curriculum to our students while managing the first-rate academic resources of the institution. She will work closely with me in developing and refining CIA’s vision for the future.

“In her many roles in arts and education, Kathryn has embraced new modes of thinking and problem solving for a world that continues to change quickly, especially in regard to the role of creativity in the culture and economy,” Nunes said. “That is exactly what is required as we help empower new generations of artists and designers.”

Heidemann will lead a roster of 118 ranked and adjunct faculty members and oversee CIA’s foundational studies, liberal arts, its 15 art and design majors, the library and continuing education programs.

Joyce Kessler, a longtime member of CIA’s liberal arts faculty, has been serving as Interim Vice President for Academic Affairs and Dean of Faculty since the position was vacated in 2018 by Chris Whittey. Kessler will continue at CIA as a special assistant to the president advising on accreditation matters through the 2019-20 academic year.

At Carnegie Mellon, Heidemann also spearheaded the Master of Arts Management and Master of Entertainment Industry Management joint degree programs in Pittsburgh and Los Angeles. The programs were designed to create leaders in visual and performing arts, interactive media, and screen-based entertainment media.

In a statement to the Heinz College community, Dean Ramayya Krishnan said Heidemann has made a “tremendous impact.”

“As a valued member of both Heinz and [College of Fine Arts] senior leadership teams, she has played a significant role in advising on and implementing strategy, policies and procedures, and internal and external affairs for the colleges,” Krishnan said.

Heidemann said she wholeheartedly believes that “creativity is the most essential skill of the future, and there is no better time for students to study arts and design than now. The cultural economy is undergoing massive shifts, and I am committed to cultivating and supporting future-facing artists, designers and creative thought leaders at the Cleveland Institute of Art.

“Similarly, today’s art and design students are needed more than ever to build bridges, break down barriers, foster mutual understanding, and be change agents for social impact,” she said. “I know that CIA artists and designers will play a role in creating the future of society, and I look forward to being a part of this change.”

Heidemann has served as Art Commissioner to the City of Pittsburgh and is a member of the board of the Association of Arts Administration Educators and Rivers of Steel National Heritage Area. Prior to serving at CMU, Kathryn held management positions for a variety of cultural organizations, including The Pittsburgh Cultural Trust, Jacob’s Pillow Dance Festival, Edinburgh Festival Fringe, and Chicago Academy for the Arts, to name a few.

In addition to her work in education, Heidemann is a bass player, songwriter and recording artist who has performed with various musical projects for 20 years. “I have played in all sorts of bands—rock, pop, metal, punk, classic country, alternative, and even musical theater,” she said. “It’s important to maintain a creative outlet, and I hope to continue to stay active with my Pittsburgh projects and play more shows in Ohio.”
She and her husband and two children will live in Shaker Heights.

A native of Detroit (by way of Australia, Venezuela and Germany), Kathryn is especially interested in creative placemaking in post-industrial cities, and is thrilled to make Cleveland her new home.