The gifts went both ways in a collaboration between first-year students and residents of Abington Arms apartments. 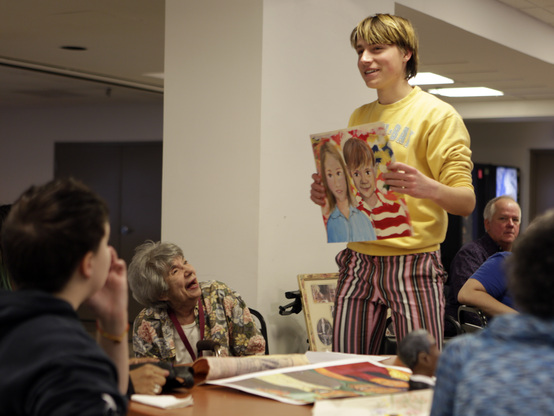 Jan Schley looks up as Kade Peets presents a double portrait of Schley's grandchildren. See a slideshow at the bottom of this story. Images by Hien Nguyen / CIA.

If you ever doubt the ability of art to communicate across generations, look no farther than the Abington Arms apartments in Cleveland's University Circle neighborhood.

The high-rise for senior and disabled residents lies a short walk from the Cleveland Institute of Art. During fall 2019, first-year students from the CIA course Community and Collaboration met with Abington Arms residents to learn about their lives and to create artwork based on people and things that were important to them.

The connection was beloved by the residents who took part, and it offered CIA students a chance to broaden their perspectives on life, work, and age. Freshman Kade Peets, for instance, was as surprised as anyone when he developed a quick kinship with resident Jan Schley.

"I think a lot of people my age think it's going to be hard to open up, like there are some things that we wouldn't relate to just because of the years in between," he said. "That was very much not the case. It sounds cliché, but all humans are very similar. It doesn't really matter what age they are."

Kade and Schley met at the start of the seven-week class to discuss her wish for him to make a painting of two grandchildren based on individual school portraits.

"I just sat down with her on the couch and we talked, and I got to know her a little bit. I asked her some questions. [She] asked me some questions," Peets said.

When asked what she wanted to know about Peets, Schley smiled and quipped, "Oh, I can read him like a book!"

For Schley, the collaboration resulted in a beautiful painting she intended to give as a gift—although she wasn't sure she could part with it.

For Peets, the interaction broadened his thoughts about the future. He came to CIA hoping to study industrial design, and the project ignited an interest in painting. Now he's weighing which major to choose.

Longtime faculty member and designer Jody Amsden taught the course. Abington Arms art therapist (and CIA adjunct instructor) Laura Cooperman facilitated the residents' participation. The concept was developed about five years ago by Barbara Chira, who taught it and other Engaged Practice courses that focused on connecting students to real-world experience.

Overall, Amsden said, the project succeeded. In response to the residents' requests, students made portraits or sculptures. In the best cases, they also made friends. 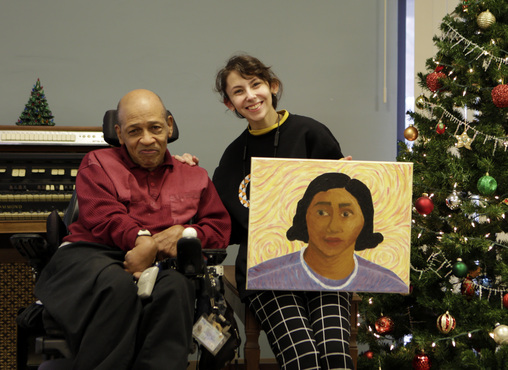 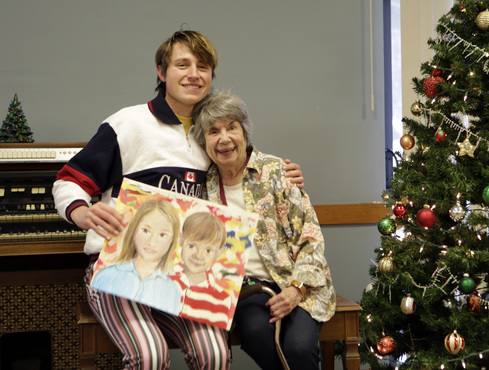 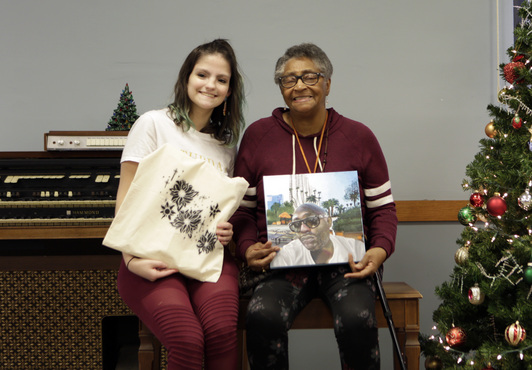 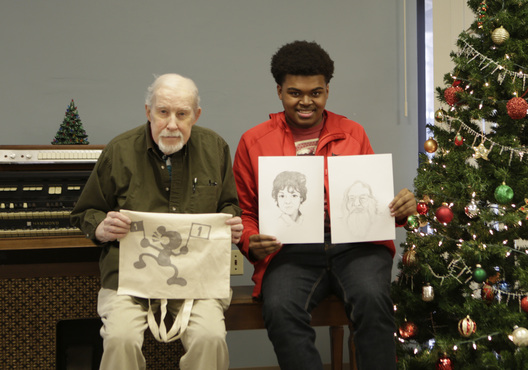 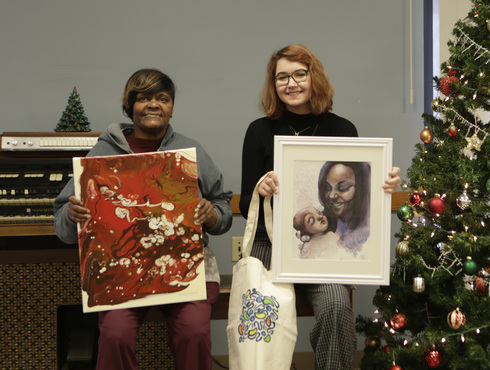 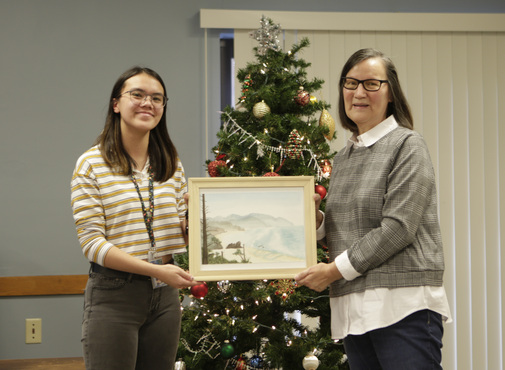 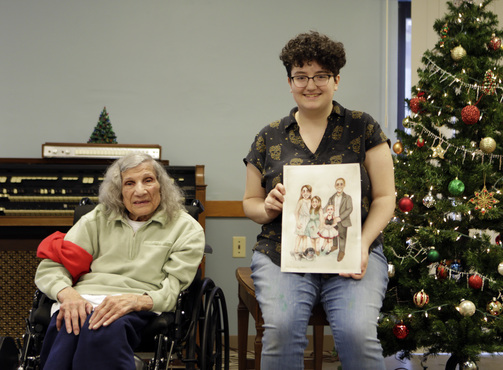 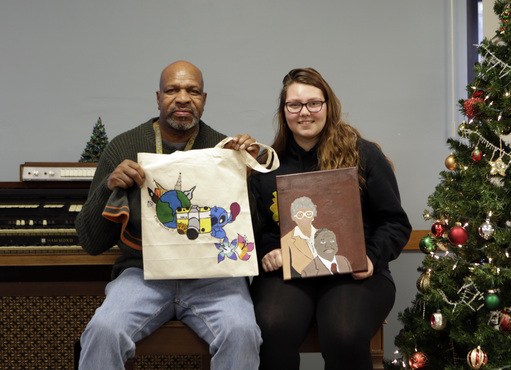 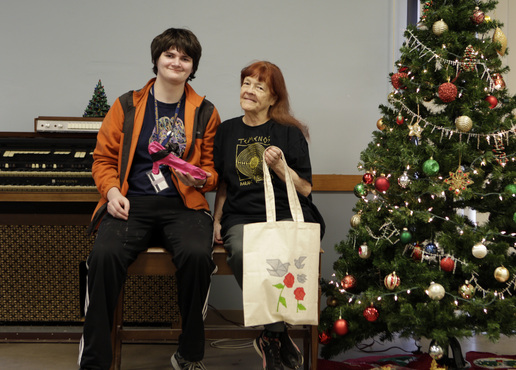 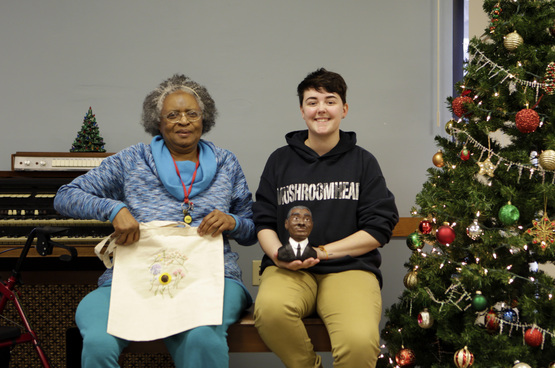 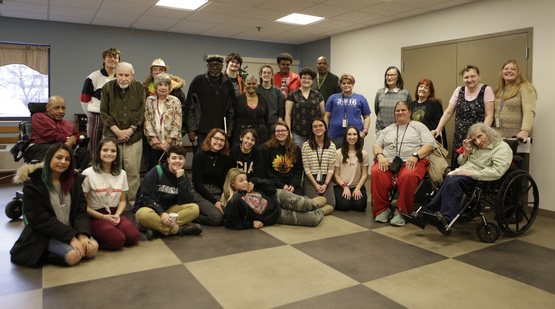 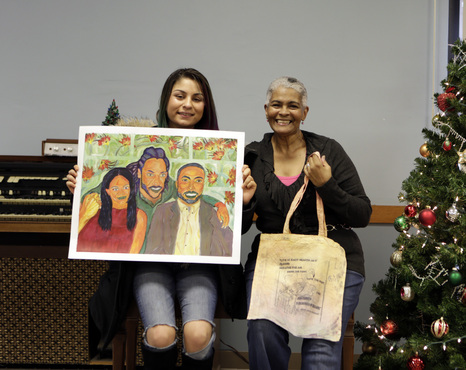