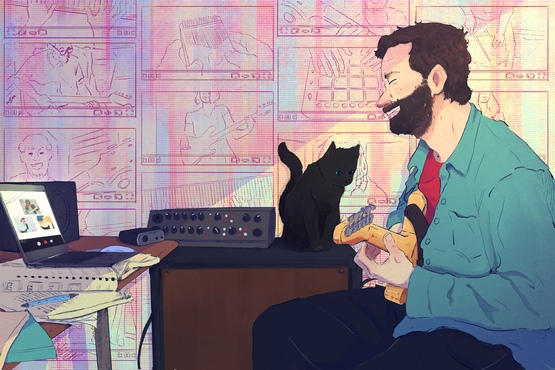 âJammingâ by Illustration junior Charlie Cunningham was one of six CIA student illustrations shared on social media by The Cleveland Orchestra.

Cleveland Institute of Art students taking the Illustration Department’s Community Projects course were all set to collaborate with The Cleveland Orchestra this spring on its citywide Censored: Art & Power festival.

The project focused on censorship in the 21st century, and CIA student work would have been exhibited during the festival in May at Severance Hall. Much of the work had already been completed when COVID-19 hit, but the pandemic led the festival to be canceled.

Illustrations now depict staying connected with one another through the use of music, highlighting something hopeful during trying times. And instead of being on view in Severance Hall, select artwork were shared across the Orchestra’s social media channels on May 9.

The Community Projects course is designed to connect students with real-world projects, exposing them to a variety of situations they'll experience in their professional practices. Common among such situations are last-minute changes in direction. Harter believes his students learned that lesson but also thinks they gained much more, given the historic nature of the pandemic and the disruption it has presented to their classroom experience.

“If you look at it from the perspective of making lemonade out of lemons, the students—I hope—learned more about flexibility, adaptability, focus and handling change,” Harter says. “We talked a lot about staying optimistic, digging deep and pushing yourself in spite of challenging circumstances, so it was a great lesson in perseverance. It became so much more than just working with a client to gain professional experience or executing an illustration with the focus on concept and the elements of design.”

The Orchestra values the education aspect as well, as it has since this partnership began in 2016. In revising this year’s focus, Lamb says, the Orchestra wanted to honor—and artistically explore—how students who were forced to change their learning environment have incorporated and benefitted from music in the process. The Orchestra is sympathetic to the students' experience.

“Our musicians are not able to play with their colleagues or be on stage at Severance Hall, and it’s affecting them as well,” Lamb says. “It’s a big transition for us all.”

Junior Illustration major Charlie Cunningham bridged the musical and visual in a work inspired by their dad, a fusion jazz musician.

“The piece is about a musician connecting with his band online and joining the online music community. I wanted to focus on the domestic aspect of musicians who are playing at home and posting online, relating back to that theme of connecting through music,” Cunningham says. “I was hoping that by combining my personal experience with my dad and what he has told me about online creators, I could create something that can relate to a wide range of people.”

Cunningham’s “Jamming” was one of the works shared on social media by the Orchestra, as were pieces by senior Zeyi Wang and juniors Madeline Ames, Thao Nguyen, Henry Rancourt and Carey Thole.

Previous collaborations between CIA and the Orchestra have centered on specific works and performances, like Béla Bartók’s Bluebeard’s Castle and Sergei Prokofiev’s Romeo and Juliet. That wasn’t possible this year, but Lamb is optimistic that this year’s new theme will resonate with an even wider audience.

“This project, because of its broader message, speaks to the universality of music,” she says. “We really want to encourage that sense of community, and for this to start a conversation. If that conversation has already started with some people, we want this to be a continuation. … The illustrations we post—I hope—will encourage our community to share their memories and engage with us.”

Harter acknowledges that some students were initially wary of the project’s positive tone, worrying the optimism might diminish the seriousness of challenges faced by others, including classmates. He related to students the story of his wife’s grandfather, a Purple Heart recipient who experienced firsthand the horrors of World War II but who was one of the most optimistic people Harter has ever known.

“We ultimately choose how we respond in the face of adversity,” he says. “We can focus on the negative or we can look for the positive and act in a positive or inspired way. I hope this is the biggest lesson that they take away from this simple project.” 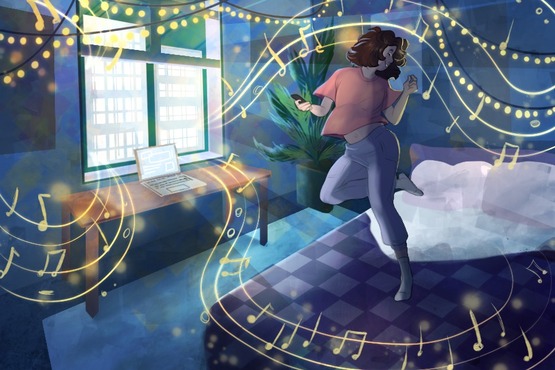 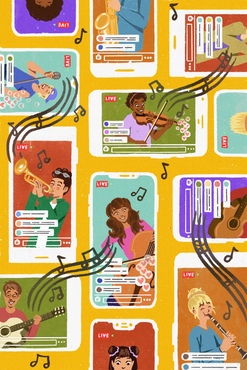 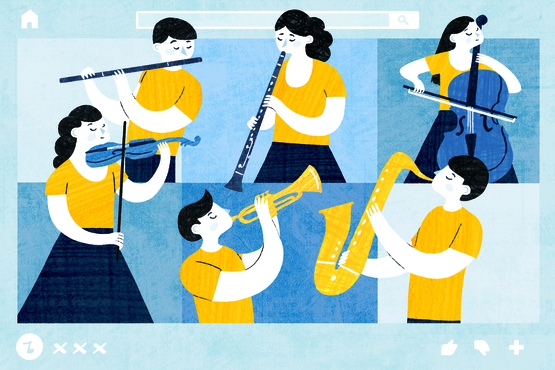 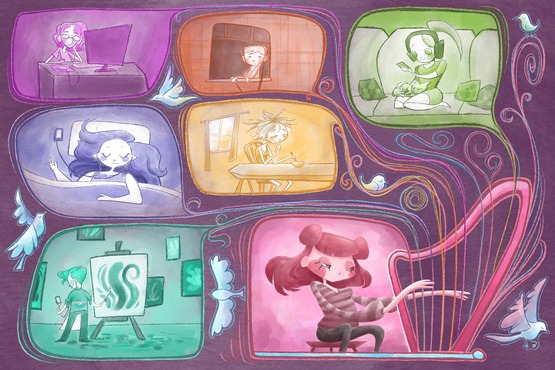 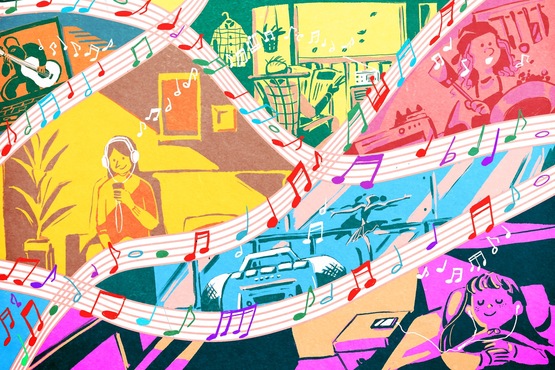