CIA, CIM work in concert on 'The Juniper Tree' 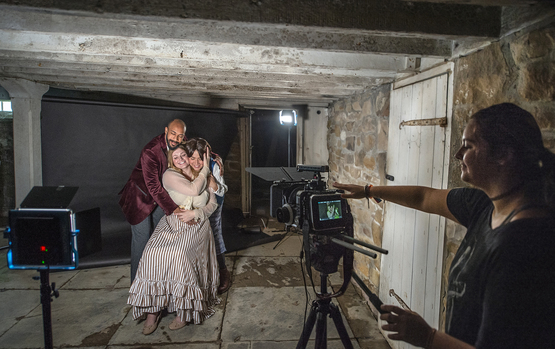 When composers Philip Glass and Robert Moran teamed up to write their 1984 opera The Juniper Tree, they worked on alternating scenes to capitalize on their respective strengths. That composing collaboration was unusual, but it made a new staging of The Juniper Tree ripe for another collaboration—this time between students at the Cleveland Institute of Art and the Cleveland Institute of Music.

Based on a chilling fairy tale by the Brothers Grimm, The Juniper Tree was selected by Dean Southern, CIM’s director of Opera and artistic director of Opera Theater. It will be staged October 31, November 2 and November 3 at CIM’s Mixon Hall.

The opera tells the story of a boy decapitated by his wicked stepmother and then fed in a stew to his unsuspecting father. The boy’s half-sister, whom the stepmother deceives into believing she's responsible for the death, buries his bones under a juniper tree, after which the boy transforms into a bird and exacts revenge on his stepmother.

Between the grisly murder, transmogrification and Mixon Hall’s relatively small stage, Southern realized his production needed an element to complement the live performances of CIM opera theater students and musicians.

“I thought film could be such an effective partner in the storytelling,” he says. “I regularly do my own projection work, but this was so beyond what I could do on my own.”

Students who take Digital Cinema II typically work on a single 16-week-long project in which they adapt a fairy tale into contemporary time, lining up actors and locations and seeing things through from pre-visualization and pre-production to production and post-production.

“When Dean contacted me, it was so fortuitous because it meant they would be able to supply the actors, and they had professional costumers and props (makers) who would be able to build that stuff,” Koestler says. “And once we did a site walk of Hale Farm & Village and found out it’s managed by the Western Reserve Historical Society, another University Circle ally, and they were on board, we had our location.”

To get started, Southern created a minute-by-minute spreadsheet of how he saw the opera unfolding. But he made it clear to the CIA students that he didn’t want to dictate what they did.

“It needed to fit within certain parameters to fit into the whole, but I wanted them to exercise their creative selves and to bring their ideas to it,” Southern says. “Otherwise, it’s not collaboration.”

The students drew inspiration from 1920s German silent horror films like Nosferatu and The Cabinet of Dr. Caligari because they felt those films fit The Juniper Tree aesthetic. They translated their vision into a storyboard, developed a prop list and devised a shot list. During a site visit to Hale Farm & Village, a living-history museum nestled in Cuyahoga Valley National Park, they photographed landscapes and buildings to complete a final storyboard.

In the process, they learned how to use 4K camera gear and practiced lighting techniques based on storyboarding they’d done in CIA’s studio. The time spent outside the classroom provided crucial teaching moments, Koestler says.

Their learning curve was steep. Koestler typically spends six weeks on pre-production lessons, but the timing of the opera truncated that to about three weeks.

“There was really no room for things to get massively corrected,” he says. “I think they understood from the get-go they had to hit the nail on the head by a second draft of everything, so they took very seriously what their first drafts were.”

During two days of shooting at Hale Farm & Village, students captured more than 200 shots while working with a cast and crew of 40 people.

“It was fascinating to watch the student directors. They grew so much in how they communicated with their actors,” says Southern, noting gains in his students from the experience of acting for the silent film.

“To see them act without concern for their voices, or thinking about technical aspects, or making sure they’re with the conductor, to really just be there fully as actors was, I think, transformative,” he says.

All involved took note of how the CIA students developed their vision and conducted the shoot.

“Dean and everybody we were working with on the set have been so utterly impressed at not only their professionalism and how they carried themselves on set but also what their vision was,” Koestler says. “They were able to read his vision of what should be happening on screen, follow it, and set it to the same time schedule he needed, but sort of putting their own artistic gestures within that and really making it their own.”

From class to stage

Chapman, one of the CIA seniors found it interesting to work with performers outside of his medium.

“Working with actors who do opera is really nice,” he says. “Talking with Dean and trying to make his vision come to life was also very rewarding. Hearing his feedback, and hearing how someone outside of the cinematic field reacts to film and reacts to the medium, was really cool.”

CIM master’s student Emily Nossem, who portrays the wicked stepmother in one of the two casts found that dynamic interesting as well.

She appreciated how CIA students directed her and her classmates as they adjusted from performing in a large space—from the stage to the back of the house—to the smaller, more intimate space between themselves and the camera. She also valued the times they were invited in between takes to watch on camera what the CIA students saw so they could adjust.

“The opportunity to have a second take was a brilliant thing to experience,” Nossem says. “We’re so used to prepping beforehand and then going out there for three hours and not stopping and not being able to have any do-overs.”

Southern says the creative teams got lucky with how well the collaboration worked out.

“I know it’s been a ton of work for everybody—things like this don’t happen on their own—but I have to say, I feel like we’re doing something special here, and that’s incredibly rewarding,” he says. “It feels new and fresh, and I think we’ve all felt enlightened by the experience.”

Koestler is proud of the teamwork his four students displayed and applauds the professional pace at which they’ve worked. He’s also happy that, in turn, they’ll enjoy a professional-level perk.

“We’ve got front-row seats for opening night,” he says. “We’re going to get dressed to the nines, and then they get to take a bow in front of a live audience. It’s going to be wonderful.” 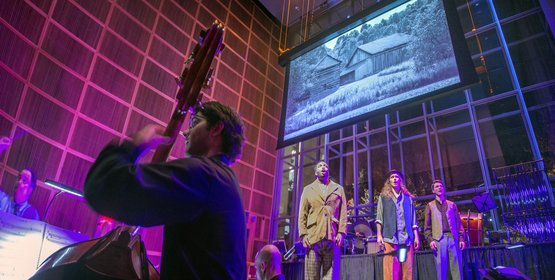 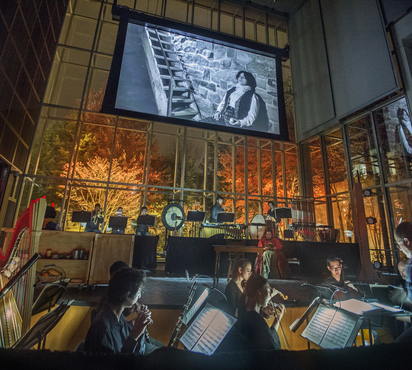 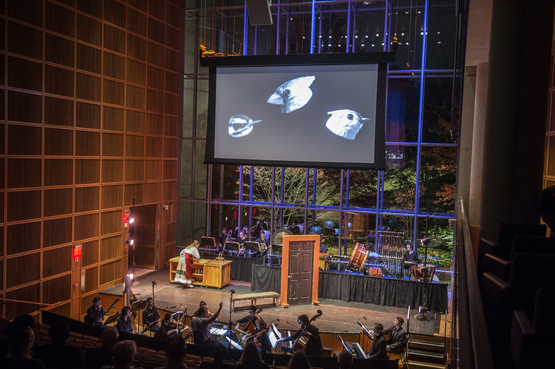 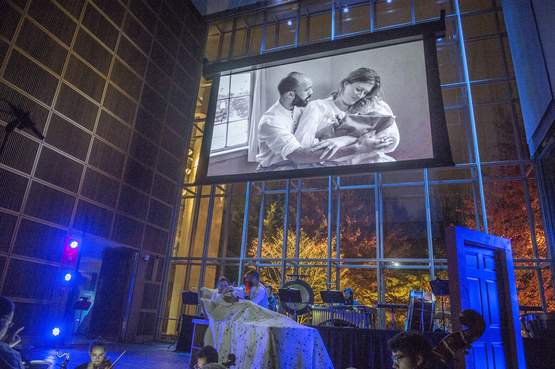 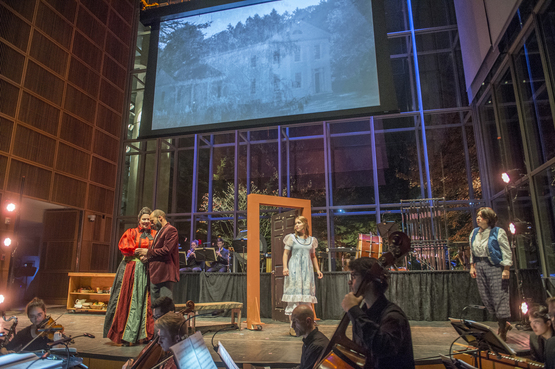 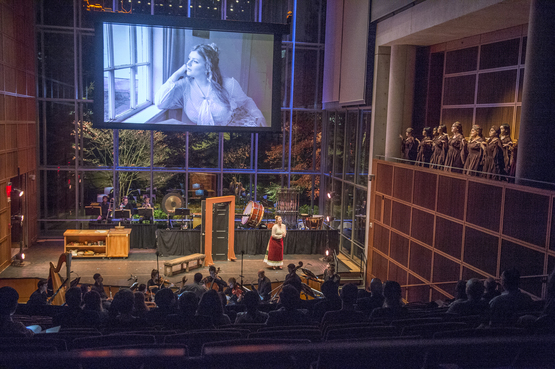 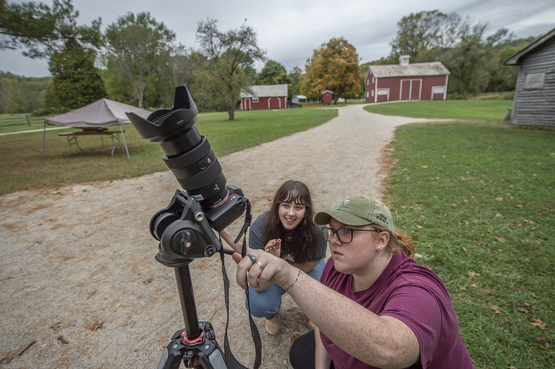 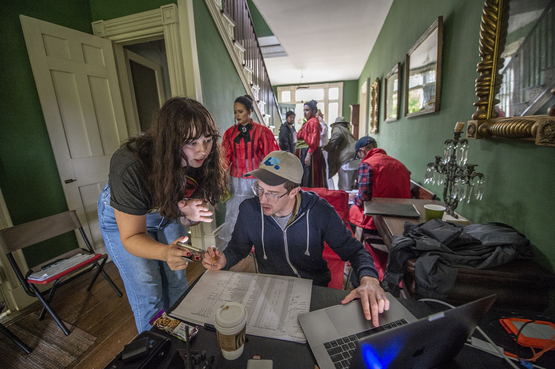 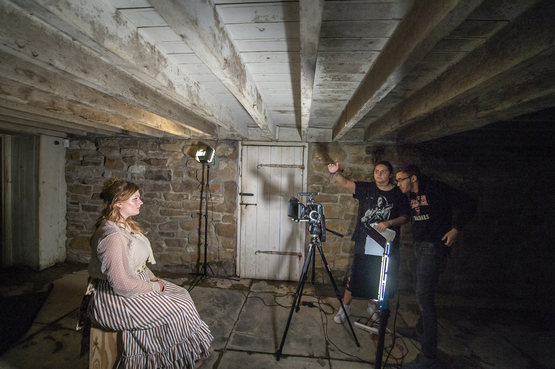 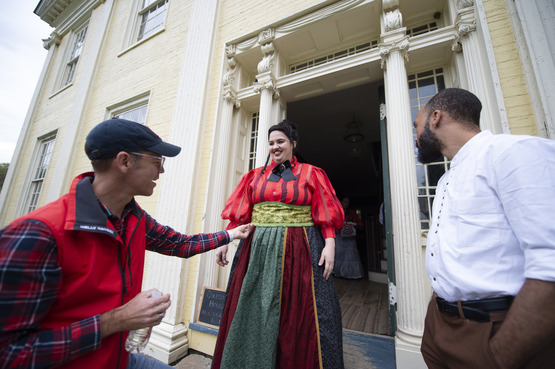 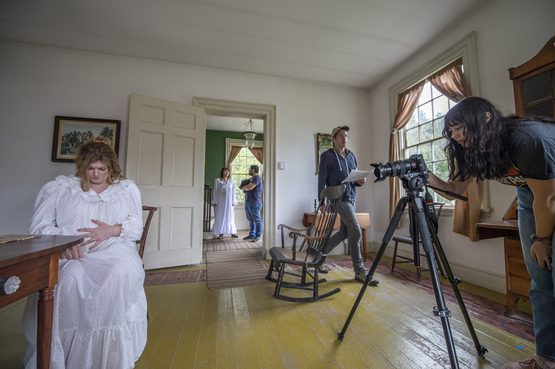 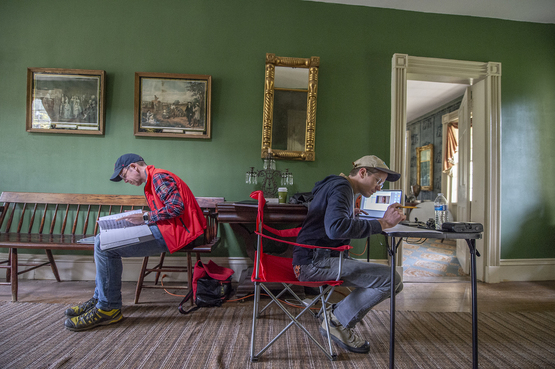 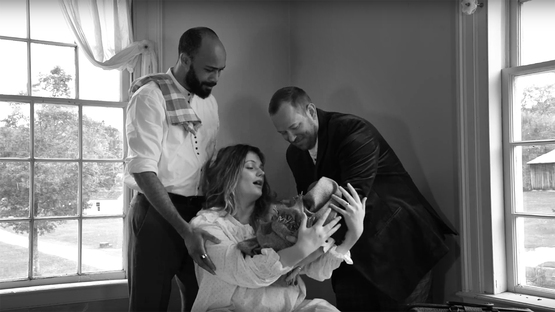 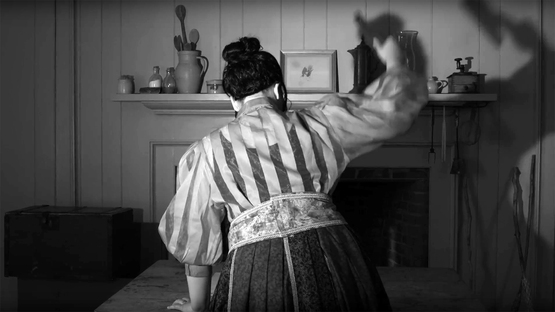 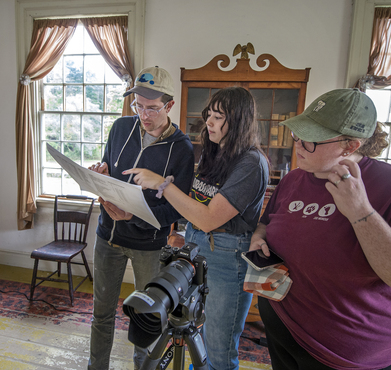 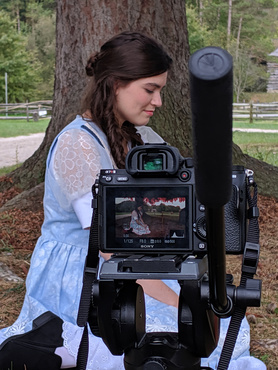 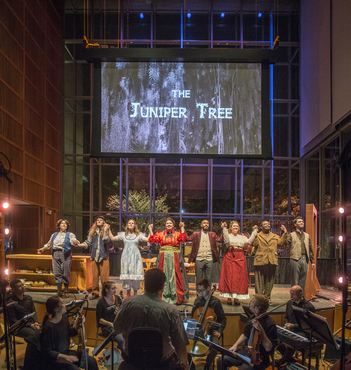 CIA alum Clara Driscoll's work in âTiffany in Bloom" at @ClevelandArt continues to be praised, this time by Akron @beaconjournal critic Anderson Turner. Read his review and don't miss the show, which is on view through June 14. https://t.co/0JPbMwAh1K

It's great to be part of the @CavsLegionGC team! https://t.co/pDK3Vnzyil