As updates on COVID-19 fill news broadcasts and social media feeds, so too do videos, graphics and various other media that explain the virus to the public. For an example, look no further than 2013 CIA alum Jeremy Miller, who as art director and 3D medical generalist at suburban Minneapolis-based Ghost Productions recently spearheaded the creation of an educational COVID-19 public-service announcement animation.

Miller earned his BFA in Biomedical Art, which today is Life Sciences Illustration — a program that in February led to the Cleveland Institute of Art being named the most focused medical illustration college in the country by College Factual. He recently discussed with CIA his role in creating the COVID-19 animation as well as where his career has taken him since graduation, and he offers advice to students considering pursuing the biomedical arts.

Please tell us about the video. What led to its creation? How is it being used? What audiences is it reaching?
This is a visually compelling PSA animation focused on educating the general public about COVID-19, covering the basics such as how the virus is spread, symptoms, complications and steps you can take to reduce your chances of infection/transmission.

We wanted to do our part by using our skills and expertise to create this PSA that disseminates pertinent information to the general public. It is another method of delivery that is certainly more captivating than watching the news or reading one of however many news articles out there, with the added bonus of it being comprehensible in a fraction of the time. With these factors in mind, we're hoping people will watch, understand and take the necessary precautions to protect themselves and others. More simply put, we are trying to do some good in any way we can.

At the time of writing, the animation has only been out two days. We are optimistic the sharing will continue via social media to get the message out to anyone who will watch it.

What was your role in making the video?
From a production standpoint, I was responsible for certain aspects of modeling, such as sculpting the lungs in Zbrush, contributing to iterations of the virus. I also did all look development, lighting and texturing. As art director, I was responsible for developing the look and feel, illustrating the motion graphics for compositors, directing visual effects.

Medical videos and illustrations are getting a lot of attention these days. In what ways have you seen the role of biomedical artists change in the wake of COVOID-19?
I am reluctant to say that our role is changing; we are still doing the same thing in my opinion, but output is happening on a wider scale with multiple artists and studios, simultaneously. I have not witnessed the amount of work, all regarding the same subject matter, created at the same time in such haste to an audience of this magnitude.

Where did your career take you after you graduated from CIA?
Initially, my goal was to focus on prerequisites in preparation for grad school in biomedical communications. However, I concluded grad school was not in the cards for me at that time. Instead, a colleague reached out about a contract position at a local advertising agency for a significant 3D production they had in the works; I used this as an opportunity to hone my skills as a 3D artist in a professional production pipeline. After eight months of working as a contract CGI generalist and building my portfolio to reflect a particular style with medical/scientific content, I managed to procure a job as a 3D medical animator at a medical legal studio in South Florida. Once again, I continued building my portfolio on the side while working as a medical artist in the field (because why not). After a couple years, I found an opportunity at Ghost Productions and have been there now just over four years.

Generally speaking, what kinds of projects do you personally specialize in?
As far as medical art is concerned, I favor orthopedic and cardiology subject matter. I try to remain proficient with all areas of anatomy, but these are the types of projects that come across the table regularly, so I am the most familiar due to exposure.

I took an entomology class in college and one of the subjects covered was how to pin and prepare insect specimens. That sparked my current obsession with creating realistic insects in 3D. I will buy/catch my own specimens, pin/prepare them, and use those as a reference to digitally sculpt and render. It’s great to do on the side and gives me a break from medical content.

What wisdom would you share with students who might be interested in pursuing the biomedical arts?
It is a captivating field; I am constantly engaged and work regularly provides a sense of accomplishment. I would say if the interest is there and you genuinely feel like it is a path that’d make you happy, go for it—but you’ll need to put forth a lot of effort. Work hard to develop your own style and obtain as many skills, techniques, and mediums as possible to enhance your marketability. While doing that, network. You never know who is going to get you unstuck from what seems like an unsolvable technical problem, point you in the direction of great reference, or get you that next job. 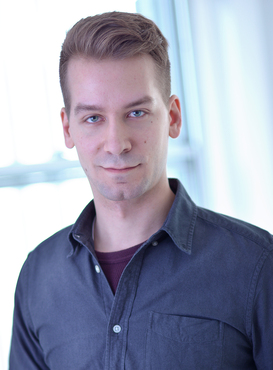 CIA alum Amber N. Ford developed her love for portrait photography while working on her BFA, which focused on portraying Black men. Today, she continues her great work. Read more about her practice from @clevelanddotcom. https://t.co/frLCLUtZKV

Congrats to Derek Walker, whose "Remain Myself" won the Board Grand Prize at this year's Student Independent Exhibition! Bravo to all the #SIE75 award winners, accepted artists and committee members on a great show! View all artwork and awards info at https://t.co/XzMUY0b4Yj. https://t.co/cZ6k72Fv9s

Happy Lunar New Year! May the Year of the Ox bring an abundance of happiness and good health. #LunarNewYear https://t.co/DSAQgCYvTN