Christa Donner: Use your imagination well and make friends with insects

In an era when news about the environment seems prevailingly bad, artist Christa Donner â98 feels obligated to think like an optimist. 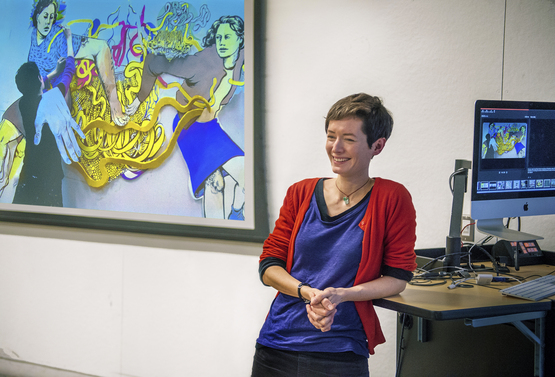 Donner hosted CIA students for a visit to the School of the Art Institute of Chicago during their spring break trip in 2018. See more of her work in the slideshow at the bottom of this page.

Donner carries concerns about parenthood, social systems, and the ecological health of the planet into her Chicago studio to fuel her drawing practice. Sometimes her work looks like marks on paper, sometimes like sculpture or installation. Sometimes the work is a zine, or beautiful shadows cast by projecting light through painstakingly cut paper forms.

The one constant: The work is enlivened by big questions of how to create a better world.

“Artists and designers have the power to shape public imagination,” says Donner, who was a visiting artist at CIA in October. “If I have creative tools that can help others picture a more sustainable future … then I want to use those tools with care, and with purpose.”

Donner graduated in 1998 from CIA in Drawing, earned her MFA at the University of Illinois at Chicago, and teaches at the School of the Art Institute of Chicago. Her work has been exhibited widely, including Gallery 400 Chicago, BankArt NYK in Japan, Chiaki Kamikawa Contemporary Art in Cyprus; the Museum Bellerive in Switzerland, and the Centro Columbo Americano in Colombia.

In 2015, she spent five months at the Max Planck Institute for the History of Science in Berlin. There, she found that individual researchers were so specialized that their work can be almost unknowable even to their colleagues. “I’m really interested in collecting people’s stories and experiences,” she says.

She married her fascination with 19th century cabinets of wonder with informal interviews with Max Planck scholars to make drawings that became “The Redistribution of Curiosity,” a series of postcards circulated beyond the institution. “I gave them titles that don’t tell you what the image is, but if you did a Google search it would send you down a rabbit hole of discovering these people and their ideas.”

The project illustrates one of the qualities that Donner most loves about drawing: It’s malleable, both materially and in its potential modes of expression. And the fact that drawing is done on paper is crucial, she says.

“It’s referencing printmaking and botanical illustration, natural history drawings, but also it gives me this flexibility,” she says. “I can cut them up and layer them and transform them. They’re not always trapped in this rectangle. I dislike rectangles immensely.”

CIA Drawing Department Chair Sarah Kabot was eager for students to meet Donner, in part so that they could see "that intellectual rigor paired with continual experimentation can result in many different forms of output—zines, drawings, social practices," she said. "And that no one form must have priority over another. They are all mechanisms for keeping yourself as the artist curious and stimulated. They are also different avenues through which to communicate to different audiences. It opens up a lot of exciting possibilities."

During Donner's visit to CIA, she talked about her art and her work with Cultural Re-Producers, a community of artists, curators, writers, and designers who are also parents. Donner launched its website and an ongoing event series in 2012 in response to her own challenges as a new mother.

“Having a child made me acutely aware of the barriers that make it so difficult to participate in the art world when you’re caring for another human,” she says. “The experience of raising a child can profoundly shift an artist’s world view and the work they make in amazing ways—and I want to make sure these kinds of creative voices are included.”

More than 600 people from around the world participate in a closed Facebook group, sharing resources, events and support.

It’s one of the few ways that Donner participates in the social media landscape.

“Technology is very important, but it’s also finite in terms of resources, and we are just burning through them,” Donner says. “It’s important to get away from our reliance on these things. My daughter is seven now. I want her to know how to cook her own meals, figure out how to grow things, fix things that are broken.”

She imparts these lessons as both a mother and an artist. Among her projects is a play area in a nature preserve where children are encouraged to explore on their own—climbing trees and “making friends with insects,” she says. For the children, this unstructured play builds creativity, problem-solving skills and reinforces a connection to the natural world that can be lost in digital times.

For Donner, it’s a way to imagine a future where the human-nature relationship is more robust and sustainable than it is right now. “Working toward what you hope for future generations is an important way to avoid getting stuck in this loop of despair and immobility.” 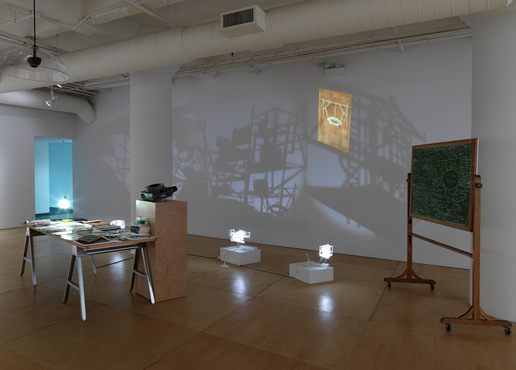 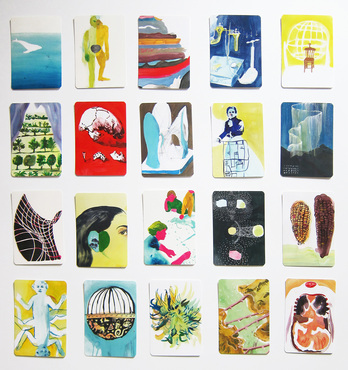 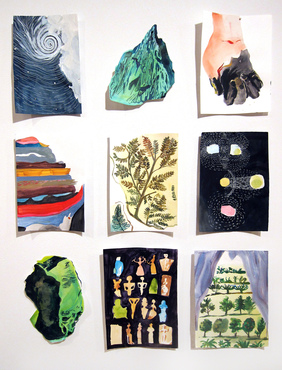 CIA welcomes Dr. Jesse Grant as our new Dean of Student Affairs! Grant, an Akron native, brings more than 25 years of experience and leadership in student-focused higher education roles. Weâre excited for him to join the CIA community! https://t.co/AZ1JMeW3Nk