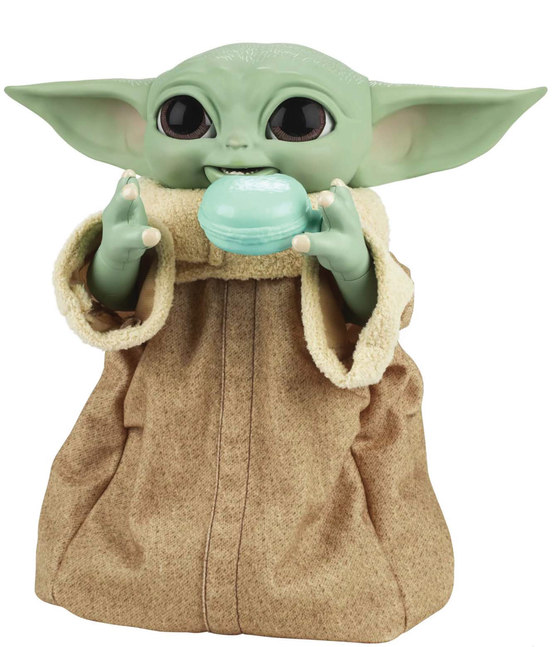 Interested in pursuing an education or career in toy design? Heed these words of wisdom from CIA alumni who are succeeding in the field.

ERICA LERCHBACKER KRAUS ’19: CHANNEL YOUR INNER CHILD
Toy design is a field where you can be really passionate about your work and really channel your inner child. I work primarily in licensed action figures right now, but I’ve worked on everything from plush to dolls to playsets to infant toys.

I got into toys through the Industrial Design program, but it’s also a great field for illustrators, animators and graphic designers. Character design is a big part of toy design, especially when you’re launching a new brand. If you’ve ever drawn up your own original characters, or sculpted little creatures out of polymer clay, or built your own dollhouse out of shoeboxes, definitely keep toy design in mind because that’s what we do. (And we get paid for it!)

For people interested in pursuing toy design as a career path, I’d advise focusing your classes and portfolio on the following:

Toy Design is a really fun industry that impacts millions of children every day. We can all still name our favorite toy growing up, right? A designer thought that up and made it real. In toy design, it’s amazing to realize you might someday create a product that is someone else’s favorite toy.

ART HAMLING ’05: DEVELOP YOUR STORYTELLING
Once you have a strong foundation of skills (brainstorming, sketching, prototyping, etc.), spend time developing a skill for storytelling. Storytelling in design is how you get your audience to care about your ideas. Your presentation should make them feel something! Make them think of their favorite toy as a kid. Get them thinking about their own kids. Make them laugh! Make them feel a personal connection with your ideas. Strengthen that connection with your research, beautiful renderings and great models.

GRADY HAYES ’04: CONSIDER INDUSTRIAL DESIGN
As a student at CIA in the early 2000s, I came to the school with the thought in mind that I wanted to be an illustrator. I always had a very cartoonish drawing style and loved to sketch, so that major seemed to make perfect sense.

It didn’t take me long to stumble into the basement of the old Gund Building to discover a new major that I had never heard of before: Industrial Design. I was enamored by all the amazing vehicle and product sketches lining the walls and immediately decided this was the place for me.

After spending some time with the Industrial Design kids, I realized that not only were they learning to design cars and slick consumer products but also TOYS! That’s when the light went off, where I thought to myself, “I can get paid to design toys. Seriously, how fun is that? If I could land a job with a toy company, then I can act like a big kid for the rest of my life.”

Fortunately, that’s just what I did. With the help of the CIA Spring Show, I was able to get a summer internship with Hasbro. I must have impressed someone, because I was hired back full time a year later after graduation.

I’ve been at it for 18 years now, having worked for two large toy companies and most recently starting my own freelance design company. I’m still loving it and I never looked back. The toy world is a pretty small, close-knit industry with lots of very fun and talented designers. I’m often asked if the job is as fun as it sounds, and the answer is an emphatic “Absolutely!”

JOHN BOYCE ’95: DEVELOP YOUR IDEAS
The best career advice I could give anyone wanting to enter the toy design field is: First off, some of the things you learn at CIA are going to be the most important basic foundations, like drawing, designing, building and making. These are things you’re probably going to use for the rest of your professional life. But, there are some things that I’ve learned over the years that might not necessarily be taught in school—or at least in school when I was there 27 years ago.

Toy design was a very small part of our fourth year in school when I was at CIA (when it was a five-year program). My main focus was trying to get an internship at Fisher Price, and knowing that toys were my passion, something that I was good at, and where my future was going to lead.

I feel there are certain things someone who may want to enter the field of toy design should think about:

JOSÉ LONGORIA ’81: SHARPEN YOUR SKILLS
Designing in the toy industry, especially if it’s your first job, sharpens your skills as a young designer. The production cycle is so fast compared to other industries that it will force you to make consequential choices quickly. You’ll learn to be decisive!

The other aspect that I have always enjoyed in toys is the simplicity of the end product. If you’re a specialist, the toy industry is not for you, but if you see yourself as a generalist, it’s a good fit. You will experience matching wits with marketers, engineers, sculptors and sales people, all on the same day. As an industrial designer, you’re the one who speaks all of their languages—so you become central and indispensable!