A master of watercolor technique, the CIA alum uses his gifts to speak through floral compositions. 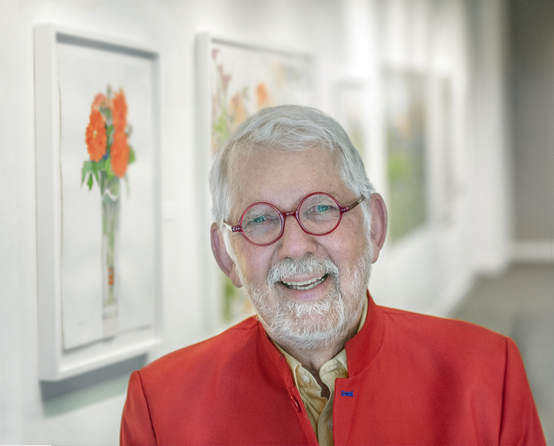 Gary Bukovnik at Bonfoey Gallery. (See a slideshow of his work below.) Photo by Robert Muller/CIA

If you stand in front of one of Gary Bukovnik’s big floral compositions, it feels like you’re looking at confidence in action. To control the distribution of watercolor seamlessly across several feet of paper takes a knowing hand. Bukovnik makes it look effortless.

But effortless it isn’t. Cleveland raised and CIA trained, Bukovnik has spent most of his 72 years mastering his medium, and in some ways he believes that he’s just finally getting it. Not long ago, he had a revelation while working on “Spring Light,” a 60-by-40-inch watercolor of delicate magnolia blossoms. “I finished it, and I thought, I can't believe it,” he said. “It took all these years to know how to do this.”

For more than 30 years, Bukovnik’s paintings have appeared in scores of solo exhibitions in galleries and museums across the United States, Europe, New Zealand and Australia, and more recently in Japan and China. He has had residencies at the American Academy in Rome and at the Michigan Institute of Arts. Six books of his paintings have been published, including this year’s Forever Spring: Gary Bukovnik, a hardcover coffee table book featuring paintings he has made since he began showing and living part-time in China.

Published in China by Shanghai People’s Fine Arts Publishing House, Forever Spring contains text in English and Mandarin. It made its United States debut in June 2019 at The Bonfoey Gallery in Cleveland, which has represented Bukovnik since the mid-’80s. The gallery’s exhibition of the same name featured 14 works and drew fans old and new, who respond to the joyfulness of his paintings.

“If you know him as a person and you look at those flowers, that really is him,” said Olga Merela, Bonfoey’s general manager and art consultant. “That is just the person he is. If you talk with him, he will tell you that he's the most blessed person. And I think that he tries to give that message out in those flowers, every single one of them.”

But Bukovnik’s path to success wasn’t always easy. As a child, he was derided by family and friends for wanting to paint the flowers that grew outside Painesville, Ohio—a rural region that abounded with nurseries.

He found support from some of the faculty at CIA, but the contemporary art world in the late ’60s and ’70s didn’t signal acceptance of the kind of work he made.

“When I was going to school, abstract expressionism was held up as the ultimate expression of an artistic temperament or idea,” he said. “If somebody came along painting flowers, it was very easy to tell them that flowers are not art.”

That bias might have been less painful had he felt more self-assured. But his parents had not supported his work. “I had no confidence whatsoever,” Bukovnik said.

So with two and a half years of CIA under his belt, he dropped out and moved to San Francisco. He never returned to school, but later he wrote to his former professors to let them know they’d made a positive impact. “I told them, you should know how much what you said meant to me. And I hear your voice in my head, in my own studio,” he said.

San Francisco proved to be a good move, but his crisis of confidence followed him there for a while. When he was painting, he was always worrying about acceptance and marketability. And then one day the light went on.

Bukovnik decided he couldn’t drive himself crazy worrying about what others thought.

So he just kept going, painting what he felt, and the people who understood it started to find him. He picked up gallery representation and solo shows. Over time, his work began to be added to a long list of corporate and non-profit collections, and to be acquired by museums, including the Art Institute of Chicago, the Museum of Modern Art, the Metropolitan Museum of Art, and the Fine Arts Museums in San Francisco.

One of the most validating moments, though, took place on a much more personal level back in the ’70s. He was invited to have a solo show at the Carnegie Museum in Pittsburgh. He flew from his home in San Francisco back to Cleveland so that he could drive to Pittsburgh with his parents for the opening.

“When we drove up to the museum, there was a banner outside with my name on it,” he said. “I thought my father was going to have a heart attack.”

Over time, his artwork and his sense of himself both evolved. In 2011, he connected with Yang Jian, an agent who said he could help Bukovnik find an audience in China. He was right.

“In China, there is no preconception in general about which aspect of art is more meaningful than another,” Bukovnik said. “There are people who are exceedingly famous for painting flowers and birds equally as with people who paint Chinese versions of 'Guernica'—gut-wrenching, imposing oil paintings. Also, the medium of watercolor is seen as a significant medium, as opposed to the lesser of the techniques.”

Bukovnik started exhibiting there widely, and living part of the year in Shanghai. He has had 11 large exhibitions at museums in Shanghai, Beijing, Suzhou, Tianjin, Xiamen, and Chenzhou. He and Yang developed a personal relationship as well, and married in 2013.

After all this time, it’s reasonable to wonder whether Bukovnik doesn’t sometimes tire of painting flowers. The answer is an emphatic “no.”

“The flowers chose me so many years ago. I think when I was just maybe three or four years old, they picked me,” Bukovnik said. “It's a very happy thing for me. I cannot think of anybody more fortunate than me. I do what I love all the time, every day.” 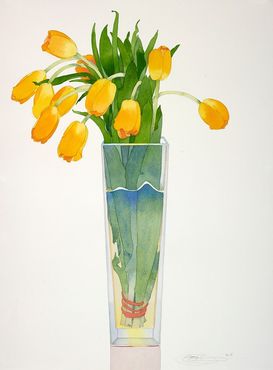 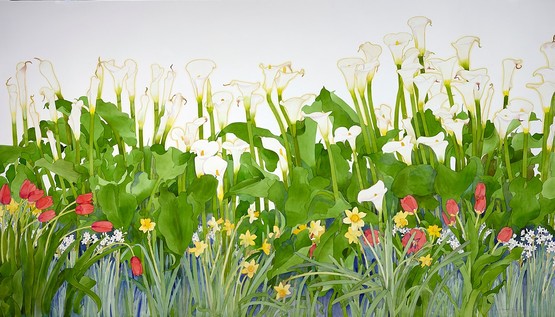 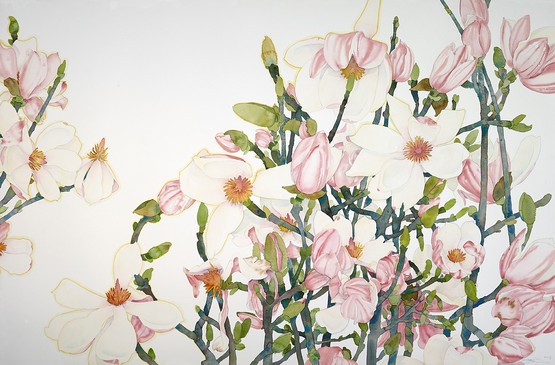 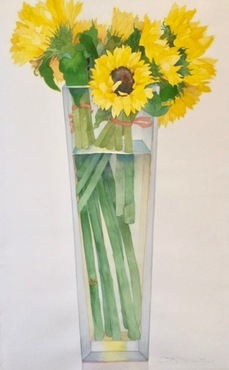 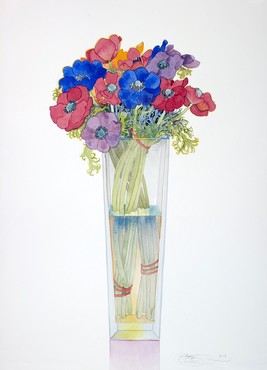