News . Feature Stories . Billings reflects on time at CIA ahead of serving as student speaker at Commencement 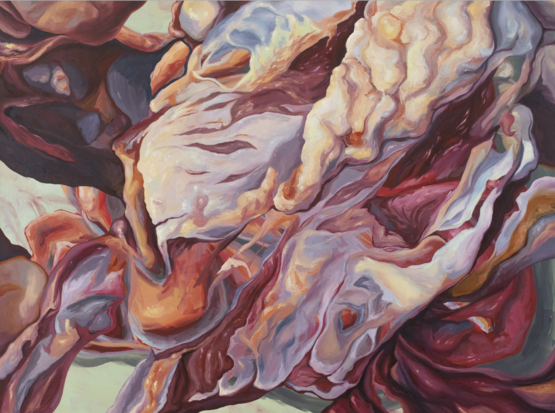 Maeve Billings acknowledges that, even as late as high school, they didn't think they were cut out for art school. Nor did they realize that art was something one could pursue as a career.

"I thought the 'art gods' plucked a random genius out of the pool and that was the person who got to go do it," Billings says.

But now, thanks to steadfast encouragement from their family and four years of hard work and dedication to their craft, Billings is a graduate of Cleveland Institute of Art's Class of 2021. They also will serve as the distinguished student speaker during Commencement.

"CIA really opened that door for me. I learned there were ways to become a professional artist that you could learn and that you could work on it," Billings says. "From then on, I was like, 'Why wouldn't I pursue the most fulfilling part of my life as something I want to do?'"

Billings earned a BFA in Painting, a major inspired by their lifelong love of the medium.

"There's something about painting," Billings says. "You can control every aspect of it, but at the same time, the paint does what it wants to. You can pick your image, your palette, the size of your canvas, how you prepare it, but at the end of the day—oil paints, specifically—it is its own medium. You just kind of guide it, and it does all these really great things with color and mark. I just enjoy exploring that and learning from it."

Why did Billings choose CIA in the first place? It all started with how a CIA education begins for incoming students.

"I really loved CIA's approach to Foundation year—that they have one year specifically dedicated to learning these really fundamental concepts and skills—and then students get their own studios starting sophomore year," Billings says. "At a lot of the other schools I looked at, you get a shared studio space sophomore and junior year, but you don’t get a private studio until you’re a senior. So, that was really great."

They also appreciated the steps CIA takes to ready artists for their careers.

"I thought CIA did a really good job of training professional practice concepts—that students learn how to write a résumé and CV, that they have to apply to shows, and that they start to experience the art world in a professional way even before they graduate," Billings says. "It's good preparation."

In addition to earning a BFA, Billings had several noteworthy achievements outside the studio during their time at CIA. In 2019, their work was featured in Collected Spaces, a two-person exhibition with fellow Painting major Bex Fuller at Waterloo Arts in Cleveland. Also, they twice served as committee chair for the Student Independent Exhibition, and in 2020, they were awarded an SIE Board of Directors prize.

The CIA community has also been important to Billings. They warmly recall how, as a sophomore, junior and senior Painting majors provided support and offered advice. That sense of community—and a redefined sense of accomplishment that came from it—are things they’ll carry with them.

"What I’ve learned in the Painting Department is that there are other ways to be successful. Getting into that one gallery show isn’t the only definition of success," Billings says. "Now, my idea moving forward is that I want to have a robust arts community to participate in, and that I want to keep making art. If I can have those two things, I’ll be successful in my own eyes."

Following Commencement, Billings will take a few years off from academics to learn how to make art outside of an institution. In the future, they intend to pursue a master's degree in fine arts and a PhD in either art history or critical theory. 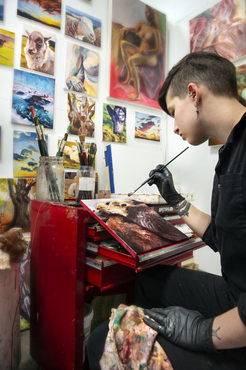 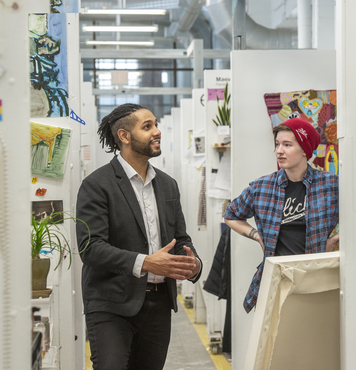