News . Feature Stories . Ahead of the game

Ahead of the game 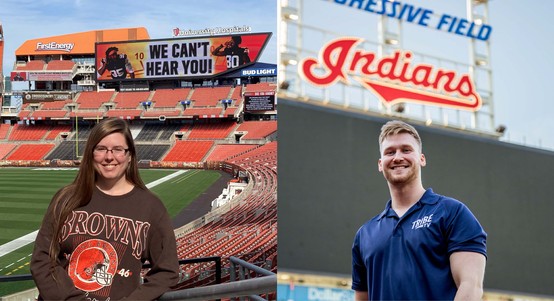 Renee Arko â11 and Ty Emerson Scott â20 see much of their work on the scoreboards for the Cleveland Browns and Cleveland Guardians (nÃ©e Indians), respectively.

Renee Arko and Ty Emerson Scott prove that art and sports may not be such strange bedfellows after all. Blending them is what these Cleveland Institute of Art graduates do.

Arko ’11 is now Coordinator of Scoreboard Operations for the Cleveland Browns, where she handles sponsorship requests for the scoreboards, the exterior board, day-to-day events and game-day operations. “I never really thought of sports as being an artistic workplace, but it is,” Arko says.

Scott ’20 joined the Cleveland Indians as an animator and designer in April; he creates graphic content for the team’s social media and designs scoreboard animations. “I redid the entire starting lineup animation for the team,” Scott says. “I’ll do different things, whether it’s scoreboard games or content for the boards, like matchups and graphics they need on a day-to-day basis.”

Arko and Scott, who arrived at their positions in different ways, demonstrate the flexibility of career options for those who have training in design and time-based media such as video, film, audio or computer-based technologies. At CIA, Arko majored in T.I.M.E.-Digital Arts* (Technology and Integrated Media Environment), and Scott earned his BFA in Animation.

Before she worked for the Browns, Arko had not been very sports-focused, although she liked baseball. Working in sports had “never crossed my mind,” says Arko. But when she graduated, she needed work, “and I happened to see a motion-graphics internship for the Browns.”

“I landed here, they liked my work, I enjoyed the work, and I stuck around,” she says. Armed with expertise in Adobe After Effects and other software, she began as an intern and was promoted to a full-time position three years later.

The learning curve was steep. She had to master the team’s Chyron system, which produces graphics at the bottom of the scoreboard, in a week. But the general knowledge Arko absorbed through CIA’s emphasis on developing problem-solving skills, “helped me hit the ground running,” she says.

Art figures in Browns graphics, posters, social media content, schedules and ads, she says. Take the main Browns scoreboard, with its long, rectangular shape and uniquely angled edges. Much of the artwork and videos are HD-size, “so we need to rework it so it fits. You’re fitting a square inside of a thin rectangle, so you really only see the middle of your HD-size graphics. We need to rework it so it looks nice and still promotes what they’re trying to get across.”

Kyle Millen, Director of Scoreboard Operations for the Browns, calls Arko “a fantastic 3D animator who has great understanding of digital automation.” Her demo reel, an electronic portfolio of work she developed while in school, helped secure her internship. “She’s definitely using the skills she learned at school,” he says.

Scott, meanwhile, has felt at home in both art and sports ever since he can remember.

“I was always artistic as a kid. I was very creative in storytelling and drawing and fine arts as well,” he says. “Growing up, following your favorite teams, you fall in love with the teams and the concepts they create, and when you’re a kid and see these teams posting awesome graphics and animations on social media, you kind of fall in love with that.”

He was even considered for Division II baseball, playing outfield. But in his junior year in high school, Scott finally committed to his first love: art.

And as the son of two CIA alumni—Randy and Lizbeth Scott, both 1984 grads—Scott says he knew “the Cleveland Institute of Art was the place I needed to be. I knew I had to hang up the cleats. That’s kind of where art and sports fell into line for me.”

Everything came together for Scott his sophomore year in a Graphic Design course, “where I got to play around with using sports and design and incorporating sporty elements in my animations.”

“When I was animating characters, at night I’d be pulling my hair out trying to get this stuff done. But when it came to sports, I was so passionate about the subject, it came easy to me,” Scott says. Faculty Daniel Olszewski and Jeff Simonetta helped prepare Scott for the working world.

“The greatest takeaway I have from going to CIA is I learned how to figure out things by myself,” he says. “You’re not meant to leave there and have all the skills you need to be successful. Part of going to school there is learning how to attain those skills yourself.”

Fresh out of CIA, Scott freelanced, using connections he had made in school to build a client base. Among his projects: creating 3D animations to illustrate concepts for as-yet-unproduced products such as air-filtration systems. At the same time, he pursued sports jobs.

Six months after graduation, Scott received simultaneous offers from Cleveland and the San Diego Padres. The idea of moving across the country to an area with a much higher cost of living helped persuade Scott to stay in Cleveland.

Now, as the former Indians engage in the process of rebranding as the Guardians, Scott’s work includes designing for the team’s new identity.

“He’s awesome,” says Mike Donelan, manager of 3D Animation for the Guardians. “He took the job and ran with it, which is great. He had a really strong demo reel, so his past work stood apart from the pack. That absolutely caught our eye.”

Both Arko and Scott say that flexibility, particularly in keeping up with roster changes, is a prerequisite for graphics work in sports. So is an open mind.

Disney, Pixar, movies and TV may be top of mind for art and design school grads, but sports also should be “an avenue to consider,” Arko says. 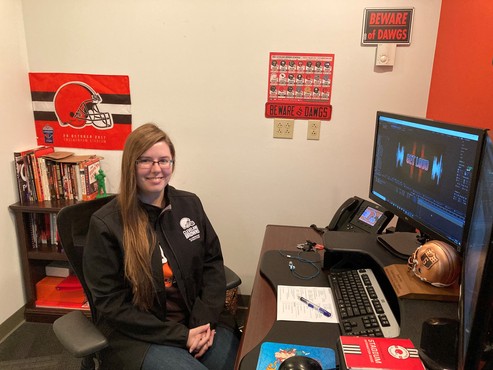 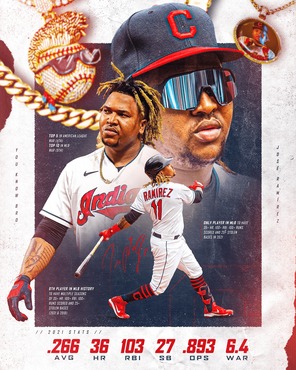 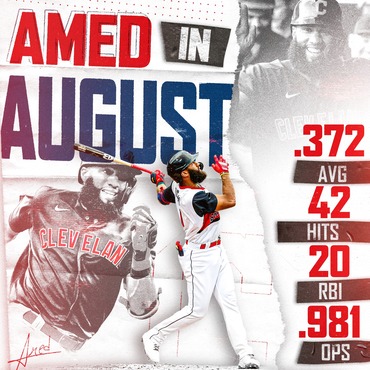 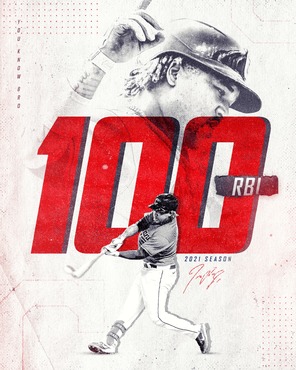