What kinds of things can happen to an artist in half a decade? Grad school, new jobs, and earned wisdom, to name a few. Trained as a photographer, Teresa Martinez is among five grads we checked in with to see what theyâve learned since 2014. 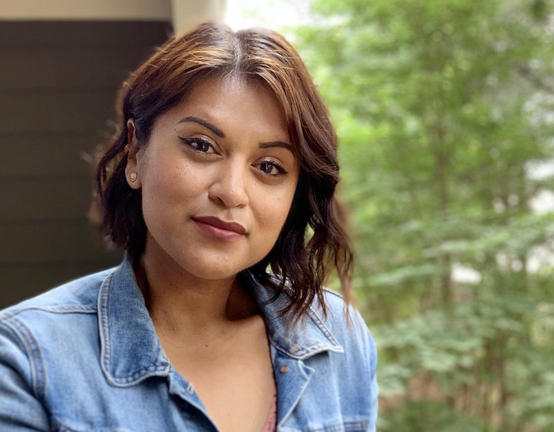 Where do you live and what are you doing for a living these days?
I live in Atlanta, Georgia, and am working as a supervisor at a local coffee shop. I decided to move here on a whim, and this job is how I’m making a living at the moment. I intend to get back into the nonprofit sector very soon.

What’s been your most satisfying professional accomplishment since college?
I served a year with AmeriCorps working as a volunteer coordinator for a disaster recovery and affordable housing nonprofit in New Orleans (which happened to be one I volunteered at with CIA during our Alternative Spring Break trip my first year). It was inspiring meeting and working with thousands of people from around the world, all eager to contribute to their communities and beyond.

What’s been your most satisfying personal development since college?
My independence. I have lived in a few different cities since college and have always managed to remain on my feet. I take great pride in knowing that wherever I go and whatever I do, I have the drive and smarts to get myself there. Also, it’s been so enlightening experiencing different parts and cultures of the U.S. I encourage everyone to move to a new place at least once in their lifetime.

Biggest surprise?
This might seem obvious and not surprising at all, but time flies! I know, we all use that phrase constantly. But it really feels like it passes faster and faster as we get older. And after a week, or month, or year, you’re always surprised it came and went so quickly.

Can you describe what kind of student you were in college?
Involved. I was as involved as I could be. I was president of the Community Service Club, was an orientation leader one year, organized a photo department show, and attended many of the school’s events. Since CIA is such a small community, I found it important to be an active member. Why not be a leader when possible? Was the transition to the so-called “real world” difficult, easy, or something in between? Difficult. That’s just the truth. There was a period of feeling lost and wondering “Well, now what?” and how it was going to happen. I felt that way right after graduating and have at other times since. Eventually, it works out. I think we all need to remember that there isn’t a set timeline we’re required to follow. Sometimes you feel stagnant, but then you get a burst of motivation. When that comes, cultivate it and growth will follow. Is there anything that sticks with you from your college days that has been especially helpful or useful? I have realized that I truly got to know myself in college—fundamentals of who Teresa is.

I learned to lead, be ambitious, and have thick skin while at CIA. I can thank the many, many crits I had for that.

If you could travel back in time, what would you want to tell your younger self?
Be more patient. Do not get discouraged. You will always be OK. What’s your next goal? Grad school. There’s a nonprofit management program at Georgia State University that I am looking forward to starting soon.