A pioneer in the perceptual art movement, painter Julian Stanczak built his life around seeking answers to questions about color, light, form and the way the expression of those things affected the human eye and emotions.

Stanczak, a 1954 graduate of the Cleveland Institute of Art, also devoted himself to helping young artists discover what they alone could bring into the world. A teacher at CIA from 1964 until his retirement in 1995, Stanczak said in an interview that his best hope in the classroom was not to turn students into great artists. “I’m interested in the good citizen, the companion in life that lives with me, around me,” he said. “We are dependent on each other whether we like it or not. To me I look and say ‘What kind of person can I help him to become?’”

Stanczak was born in Poland and lived there until World War II, when, at age 12, he and his family were sent to a Siberian labor camp. There, he suffered a beating that destroyed the use of his right arm, crushing his dream to become a cellist. He and his family escaped, and traveled through Iran, Pakistan and Kenya before landing in a Polish refugee camp in Uganda. There, as he learned to use his non-dominant hand, he began to make observational drawings and paintings.

In 1950, Stanczak’s family immigrated to Cleveland and Julian enrolled at CIA. He experimented with black and white forms that mimicked the rhythms and movement of nature. After earning his bachelor of fine arts degree, he entered graduate school at Yale, where he studied with esteemed abstractionist and teacher Josef Albers. He received his master’s from Yale in 1956.

Stanczak taught at colleges in Cincinnati. He married former student Barbara Meerpohl in 1963, and they had two children, Danusia and Christopher. Julian and Barbara Stanczak both were key CIA faculty members for decades, he in Painting and she teaching design in the college’s Foundation program. Both were named faculty emeriti after they retired. 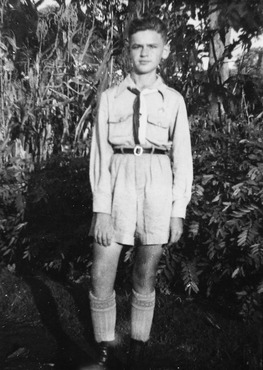 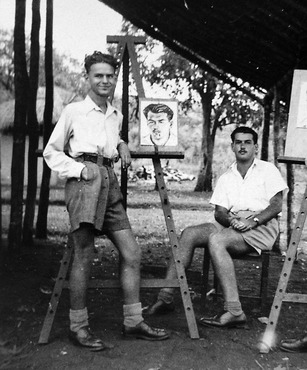 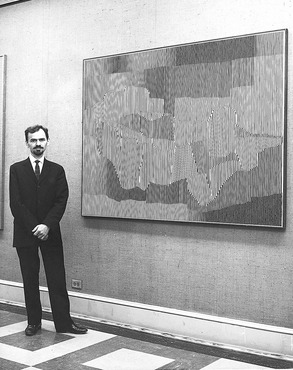 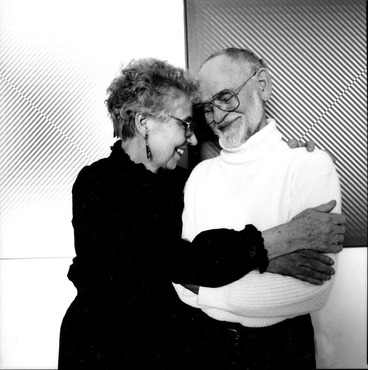 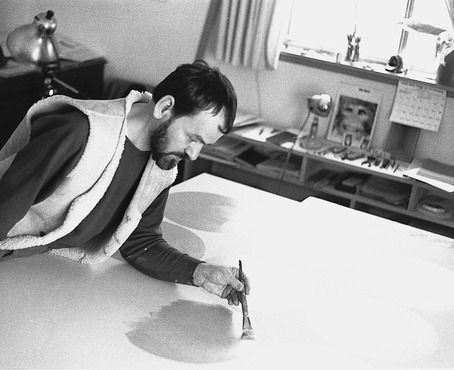 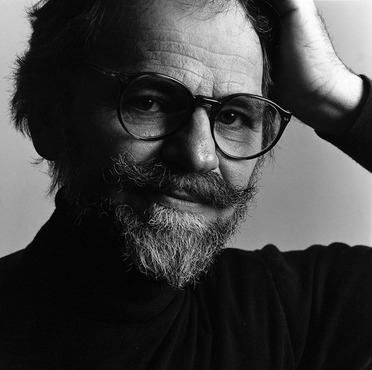 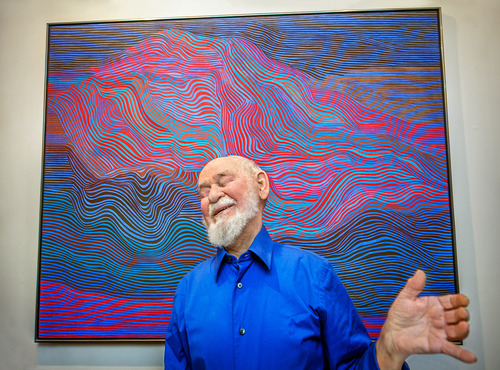 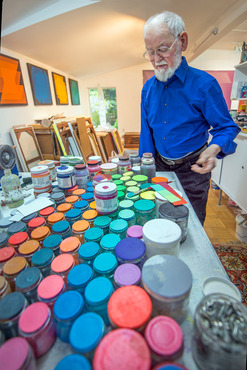 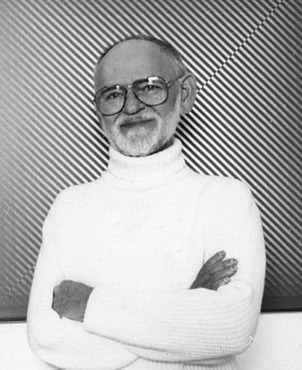 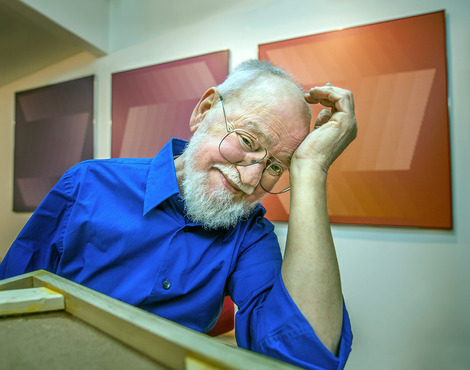 By the 1960s, Stanczak had begun to make the kind of work that would mark his career, creating fields of colors that bounced off one another, vibrated and glowed. The turning point arrived when New York gallery dealer Martha Jackson, who had seen a show of Stanczak’s work in Dayton, presented him in a solo exhibition called Julian Stanczak: Optical Paintings. Artist Donald Judd reviewed the show and referred to the work as “Op Art,” playing off Pop Art. Stanczak never embraced the name, but it stuck as a way to categorize abstract works that used line, patterns and color to play with illusions of movement.

Over the decades, Stanczak delved deeply into studies of light waves and the effects that colors had on each other in juxtaposition. With help from his father-in-law, he built a machine to cut rolls of tape to any width so he could mask off portions of his canvases to achieve edge precision. His studio was a festival of colors mixed with great care, allowing him as much control as possible over the experience of light and feeling on the part of the viewer. 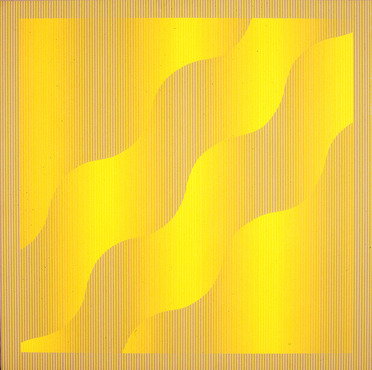 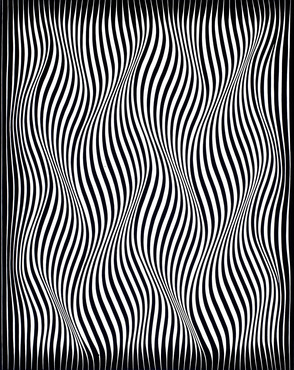 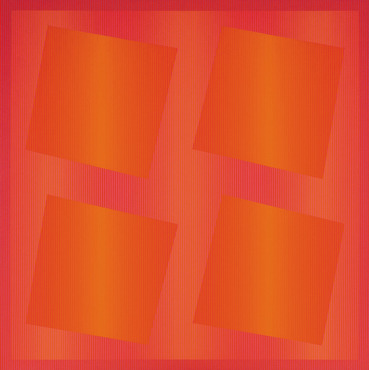 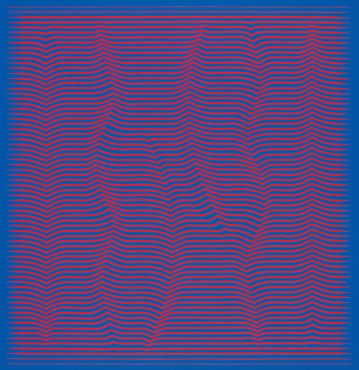 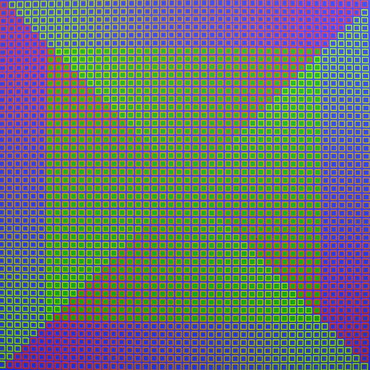 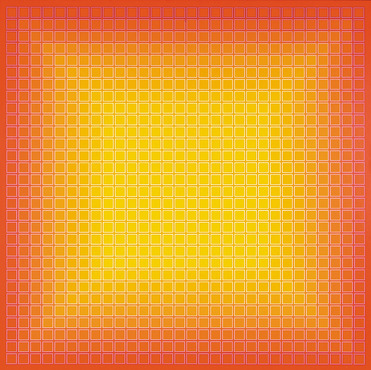 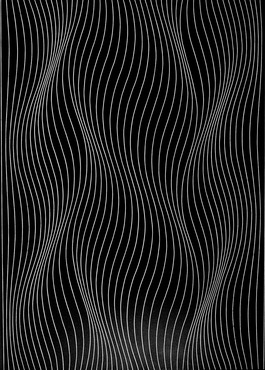 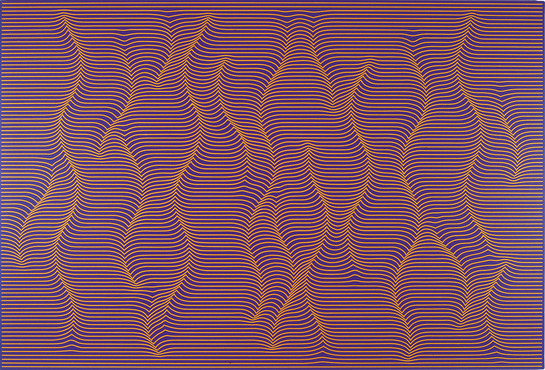 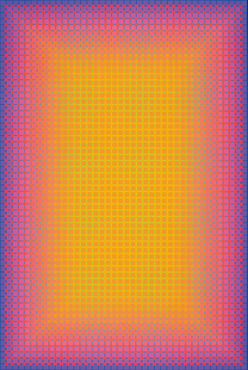 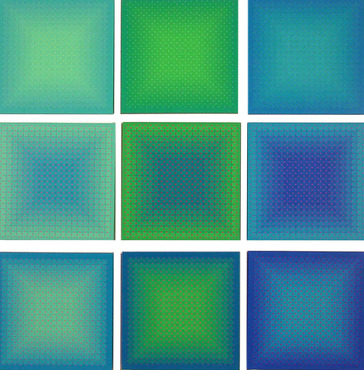 In a 2011 essay, CIA Reinberger Gallery Director Bruce Checefsky wrote that Stanczak’s “synthesis of art, science, and technology is humanistic and passionate, balancing a repertoire of color and poetry like a maestro who has yet to discover that his feet actually do touch the floor.”

Stanczak continued to paint long after his retirement from teaching in 1995, and his work — ignored by critics after the initial Op Art fad faded — enjoyed new popularity in the 21st century. His work began to fetch premium prices — more than $300,000 in some venues, he reported.

Hundreds of collectors and museums have acquired his work, including the Metropolitan Museum of Art, the Smithsonian American Art Museum, the Corcoran Gallery of Art, the Hirshhorn Museum, and the Cleveland Museum of Art. His monumental work “Additional,” a series of more than 500 colored aluminum bars, stretches along a block of parking garage outside Fifth Third Bank in Cincinnati.

Stanczak received a Cleveland Arts Prize in 1969 and was named a Special Honoree in 2015. The Cleveland Institute of Art bestowed both its Award of Excellence and its Viktor Schreckengost Teaching Award on him. He died March 25, 2017 at his home in Seven Hills.

Contributions to the Julian Stanczak ’54 Scholarship Fund may be made by sending a check to the Cleveland Institute of Art, 11610 Euclid Ave., Cleveland, OH 44106. Donations can be made online.

The CIA Masters Series represents artists who are not just accomplished professionals in their field, but individuals who have helped define their fields.

CIA Faculty Emeritus Frances Taft wrote this essay to accompany a 2008 exhibition of works by Julian and Barbara Stanczak.