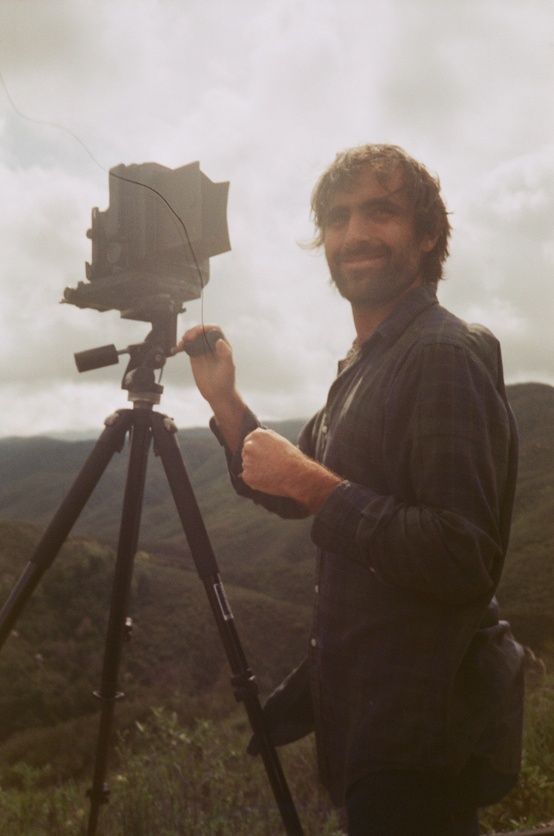 Spend your lunch hour hearing from photographer Sam Falls as he discusses his work and his moCa Cleveland exhibition during Lunch on Fridays at 12:15pm Friday, January 27 in CIA's Peter B. Lewis Theater.

Sam Falls: We Are Dust and Shadow is the artist’s first major solo museum exhibition. It offers expansive insight into his unique practice of collaborating with nature to create monumental paintings and sculptures. It will be on view from January 27 through June 11 at moCa Cleveland.

Falls works intimately with the core precepts of photography—namely time, representation and exposure—to create works that both bridge the gap between various artistic mediums and the divide between the artist, object and viewer. Working symbiotically with nature and the elements, Falls' artworks are ingrained with a sense of place indexical to the unique environment of their creation while imbued with a universal sense of mortality. With a reverence toward art history, Falls empathetically blurs the lines between artistic genres and practices, from modern dance and minimalist painting to conceptual photography and land art, boiling it down to the fundamentals of nature and the transience of life that art best addresses.

Parking: Lunch on Fridays attendees may park in any of CIA's parking lots: Lot 73, Lot 74 and the Annex Lot, all of which surround our campus. Please note that signs posted around those lots correctly state that parking typically requires a CIA permit or visitor pass and that violators will be ticketed. However, to accommodate our valued Lunch on Fridays attendees, that policy won't be enforced during the program. Have questions? Please contact Reinberger Gallery at reinbergergallery@cia.edu or 216.421.7407.