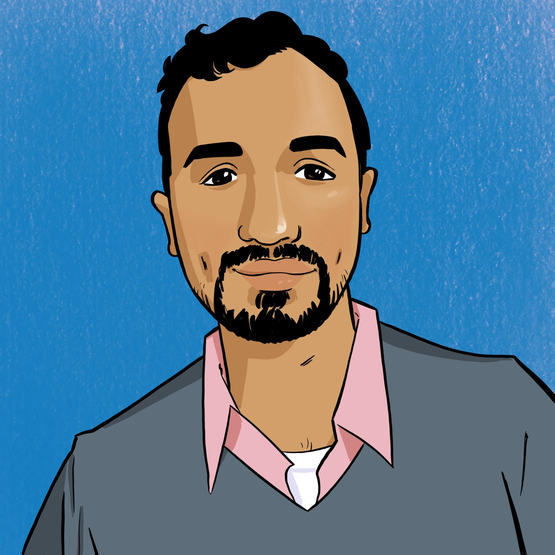 Spend your lunch hour hearing from Ursuline College professor Valentino L. Zullo as he discusses the underground comix era during Lunch on Fridays at 12:15pm Friday, October 21 in CIA's Peter B. Lewis Theater.

This edition of Lunch on Fridays will also be presented virtually via Zoom Webinar. Tune in for a live broadcast via this link: https://us02web.zoom.us/j/82646778279

Following what is known today as the anti-comics crusades of the 1940s and 1950s, comic book creators in the U.S. were limited to two choices: follow the strict rules of the new Comics Code Authority or begin circulating works underground. The underground comix told stories that could not otherwise be printed in mainstream comics, including stories of queers. In this talk, we will explore the history of the underground comix era while putting a particular emphasis on stories that focused on queer identities. This history will lead us through the evolution of queer comic books, including those of Alison Bechdel.

Valentino L. Zullo is the Anisfield-Wolf Postdoctoral Fellow in English and Public Humanities at Ursuline College in Pepper Pike, Ohio. He is the former Ohio Center for the Book Scholar-in-Residence at Cleveland Public Library, where he continues to co-lead the Get Graphic program. He also is American editor of the Journal of Graphic Novels and Comics.