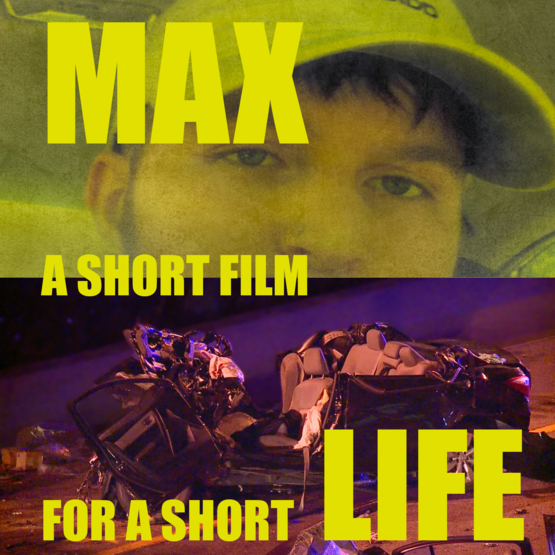 Poster for "Max (A Short Film for a Short Life)"

Spend your lunch hour hearing from digital artist and filmmaker Scott Ligon, who's also a CIA faculty member, as he discusses his past and current films during our Lunch on Fridays lecture series.

Ligon is currently working on Max (A Short Film for a Short Life), a film about the death of his son in an auto accident at the age of 19. Excerpts from the film will be shown and Ligon will talk about life and creativity in the face of overwhelming grief. A Q&A will follow, and difficult questions are welcomed.

On August 4, 2019, while driving home from a local amusement park, Max Ligon was killed by a drunk driver going the wrong way and driving over 100 mph. His friend Cidney was also killed, and his two other friends, Courtney and Daysha, were seriously injured but made miraculous recoveries.

Max, a Short Film for a Short Life is about Max’s death and a celebration of his life. The film features interviews with Max’s friends and family, including the survivors of the crash. It features interviews with a first responder and another driver who barely avoided the drunk driver minutes before. It features raw accident footage taken for the local news as well as 911 calls and surveillance footage of the wrong-way driver before the accident.

The film explores his last day and unexpected death, celebrates his life and the impact that he made on the lives of his friends and loved ones. It also is a meditation on grief and healing. The film interviews Cidney’s mother. It also interviews other people who have lost loved ones, many of whom are further along in the grieving process and can offer insights about perseverance in the face of loss.

Scott Ligon has written a book about creating digital fine art in Photoshop, Digital Art Revolution, published by Random House. His animated short film Escape Velocity, distributed by Shorts International in London, has played in festivals and theaters all over the world and has won numerous awards. His second short film, Figure/Ground, is about the death of his father. The film has also been shown in festivals around the world and has signed a distribution deal with Future Shorts in the UK.