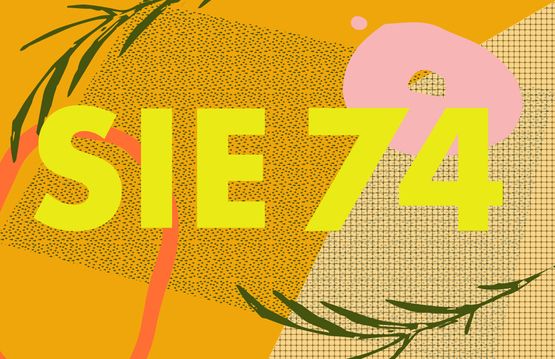 March 12, 2020 UPDATE: as a preventive measure, in accordance with recommendations by Ohio Gov. Mike DeWine, Cleveland Institute of Art is modifying building access. As a consequence, SIE will be closing Friday, March 13, 2020 at 5pm.

Now in its 74th year, the Cleveland Institute of Art's Student Independent Exhibition (SIE) is an honored tradition that’s never conventional. Organized entirely by students, who choose the jurors and mount the exhibition, SIE offers fresh, and sometimes surprising approaches to contemporary art.

The show will be on view in Reinberger Gallery from February 14 through March 15. An opening reception will be held on Friday, February 14, from 6 to 9pm.

Read the review of SIE, by The Plain Dealer's art and architecture critic Steve Litt.

SIE 74 BOARD OF DIRECTORS AWARDS

Board Honorable Mentions
Renaissance Bernard ’21
"POLICE LINE DO NOT CROSS"

This year's jurors, selected by the students are:

Cannaday Chapman studied Illustration at the School of Visual Arts in New York City. After receiving his BFA, Cannaday spent time working in the advertising, fashion and greeting card industries before becoming a freelance artist.

Cannaday has received multiple awards and recognition for his work, including the Alvin and Norma Pimsler Award from the Society of Illustrators. His work has been featured on cover of the New Yorker, the 2018 Google Doodle for Martin Luther King day. He recently finished his first children’s book about the life and childhood of the playwright, August Wilson. He currently lives and works in Berlin, Germany.

Ellen Donnelly is an artist who works in language, video, sculpture and performance. She received her MFA in Creative Writing & Poetics from The University of Washington in 2016 and concentrated in Creative Writing for her undergraduate studies at The New School in New York. She was a 2019 MacDowell Fellow and has exhibited work in New York, LA, Seattle, New Orleans, Baltimore and Iowa. Starting from a practice rooted in fiction and narrative, Donnelly creates videos, performances and installations that explore the experience of being an individual in a world of personal brands and avatars. She currently lives in Brooklyn, New York with her dog Purple.

Christopher Gentner's work focuses on furniture, lighting, and functional objects that are rooted in the language of sculpture and rich with character-defining details. His work is at the crossroads of design and art, transcending materiality and form through a rare combination of aesthetic dexterity and mastery of craft.

Gentner received a BFA from the Cleveland Institute of Art. In addition to his sculptural work, Gentner founded his own brand of small-run furniture, objects, and lighting, and is represented in showrooms across the world.