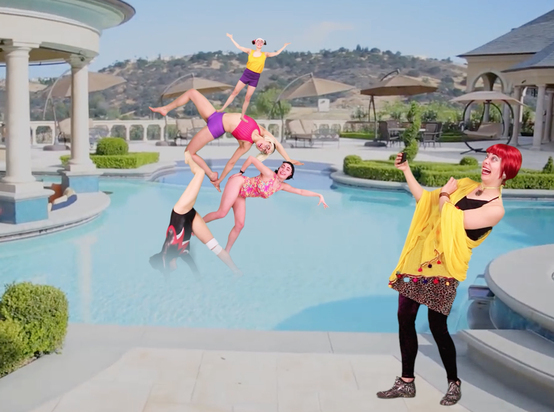 Spend a lunch hour learning about the latest in art and design during these Friday lectures. This event is free and open to the public. Pizza and beverages will be provided.

Alexandra Tatarsky and Anna Azizzy are participants in Loaded, a yearly concert series held on the loading dock of moCa Cleveland. (This year’s event runs from 8:30 to 11:30pm Friday.)

Anna Azizzy, of Pittsburgh, processes their identity by performing absurd and hilarious exaggerations of their life and wishes. Their practice spans many mediums, including performance art, video art, experimental music, and gymnastics, most often working with wonky green screen animation, flamboyant characters, and soft sculpture. They earned their BA in Experimental Theater and Sculptural Performance at Carnegie Mellon University, work various art gigs, coach gymnastics, and host the Side Split Variety Show. Their most recent body of work, “For Retired Gymnast,” is an absurd and hilarious multimedia performance depicting a fictional gymnastics team, their coach, and their moms, all of whom struggle with sexual shame, queerness, and the urge to keep their true identities secret.