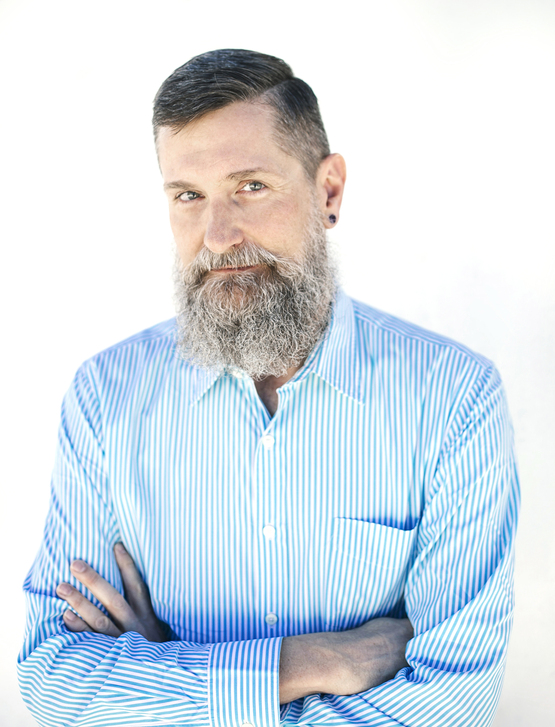 Join us in the Reinberger Gallery for an evening with artist William E. Jones as he reads excerpts from his new novel, I'm Open to Anything.

A perverse and explicit new take on the coming of age novel, I’m Open to Anything explores bohemian Southern California in the late 1980s and early 90s before gentrification ruined everything.

His previous book, True Homosexual Experiences, a biography of Straight to Hell’s iconoclastic editor Boyd McDonald, celebrates the frank, raunchy language of the first queer ’zine. Jones brings the same unsparing and profane attitude to I’m Open to Anything.

Be sure to stick around after the reading for a special screening of Un Chant D'Amour (A Song of Love) at 7:15pm at the Cleveland Institute of Art Cinematheque (no one under 18 admitted).

Please register on Eventbrite for the free event. Limited seating is available.

William E. Jones is an artist, filmmaker, and writer. He has made many experimental films, which have been the subject of retrospectives at Tate Modern, London (2005); Anthology Film Archives, New York (2010); Austrian Film Museum, Vienna (2011); and Oberhausen Short Film Festival (2011).

He participated in the 1993 and 2008 Whitney Biennials, the 2009 Venice Biennale, and the 2011 Istanbul Biennial, and he has exhibited around the world.

He has published many books, including recent works Flesh and the Cosmos (2014) and True Homosexual Experiences: Boyd McDonald and Straight to Hell(2016). His new novel, I'm Open to Anything, is scheduled for publication in early 2019. His writing has also appeared in periodicals such as Animal Shelter, Area Sneaks, Artforum, Bidoun, Butt, Frieze, Little Joe, Mousse, and The White Review.