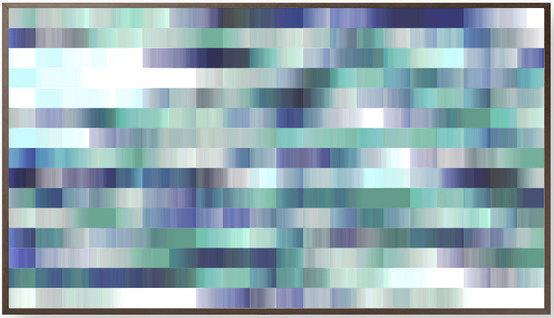 The artwork explores and represents gun violence patterns in Cleveland and offers a new visual vocabulary and perspective on an issue that some have come to accept as a reality in an urban environment.

The algorithmically generated video displays all days in 2018 in which different forms of gun violence have been reported in the city, based on near real-time data from the Gun Violence Archive. Each square represents a single day in 2018, starting with January 1 in the top left corner and ending on November 10 in the bottom right corner. Each day with reported gun violence is highlighted in a different shade of blue according to the type of incident, with darker hues indicating more or heavier gun violence.

Alsino Skowronnek is a Berlin-based data artist and maker of visual things. He has worked for organizations around the world, always at the intersection of data visualization and socioeconomic issues. He has collaborated with Google, the Bill and Melinda Gates Foundation, the World Wide Fund for Nature, and VICE.