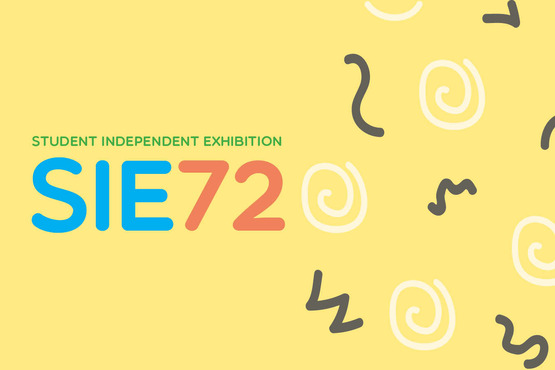 Cleveland Institute of Art's annual Student Independent Exhibition (SIE) will be on view from February 16 through March 18. Now in its 72nd year, SIE is an honored tradition that’s never conventional. Organized entirely by students, who choose the jurors and mount the exhibition, SIE offers fresh, and sometimes surprising approaches to contemporary art. An opening reception will be held in CIA's Reinberger Gallery on Friday, February 16 from 6 to 9pm. An awards ceremony, generously supported by the CIA Board and other donors, will begin at 7pm.

This year's jurors, nominated by students and invited by the SIE committee, are:

Claire Ashley is a Chicago-based artist working in painting, sculpture, installation and performance, using inflatables. Originally from Scotland, she received her BA in Painting and Drawing from Grays School of Art in Aberdeen, Scotland and an MFA in Painting and Drawing from the School of the Art Institute of Chicago, where she currently teaches.

Casey Riordan Millard is a Cincinnati-based artist working in a variety of media ranging from drawing and painting to sculpture and publication. Her work often features a character named Shark Girl, who is a reflection and persona of herself. Casey received her BFA from Ohio University.

Art Werger is a printmaker based in Athens, Ohio where he is also a professor at Ohio University. He is best known for his incredibly detailed work in etching and aquatint, and is one of the most prolific artists working in mezzotint, having created over 400. Art received his BFA from the Rhode Island School of Design, and his MFA from the University of Wisconsin- Madison.