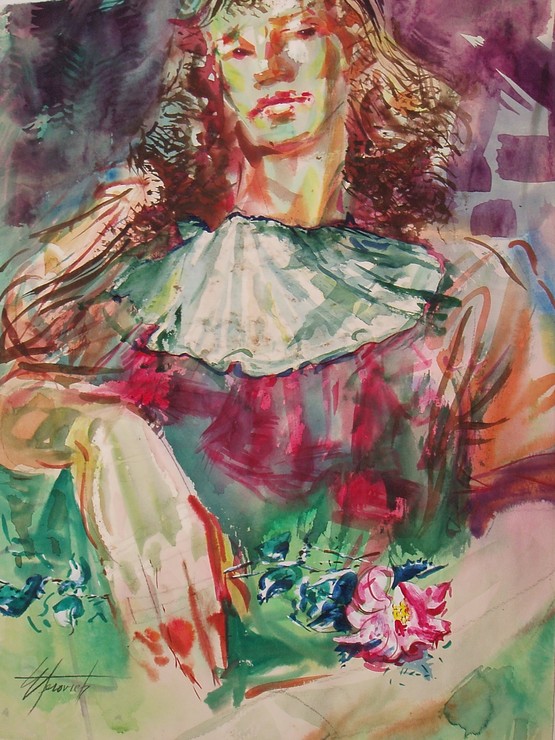 On April 15, 2016, A Thrilling Act: The Art of Anthony Eterovich (1916-2011) will open at Tregoning & Company galleries, 1300 West 78th Street in Cleveland, Ohio. This retrospective exhibition will be the first time to view his artwork collectively in 60 years. Its April opening marks the 100th anniversary of the Cleveland artist's birth.

Eterovich dined with Judith Anderson and had tea with Martha Graham. Edith Halpert asked for a painting to show in her famous Downtown Gallery after awarding his painting, The Merry Bench, first prize in the 16th Annual National New Year’s Show at the Butler Institute of American Art. Table Charade was hung in the Downtown Gallery and on May 6th, 1951, it received this review from Howard DeVree of the New York Times:

“One of the most ambitious canvases is by Anthony Eterovich, 'Table Charade' … succeeds in bringing organization out of what might well have been a too complicated profusion of detail.”

Growing up in the Tremont neighborhood of Cleveland, he showed promise at an early age and won a full scholarship to the Cleveland School of Art where he studied under Cleveland’s finest painters including John Teyral and Viktor Schreckengost and graduated in 1938. Eterovich taught at the CIA for more than 50 years and is represented in the permanent collections of the Butler Institute of American Art, the Cleveland Museum of Art, Artists Archives of the Western Reserve and ARTneo.

More information is available at http://www.anthonyeterovich.org.