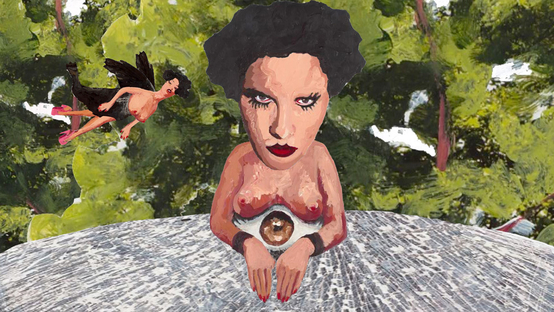 Yuliya Lanina, a Russian- born American multimedia artist, creates alternate realities in her works—ones based on fantasy, femininity, and humor, with such gusto its hard to sit down; viewers have been known to break out and dance during her short films.

She has exhibited extensively both nationally and internationally. Her work has been displayed at the Seoul Art Museum, SIGGRAPH Asia, 798 Beijing Biennial, Seoul International Media Art Biennial, KunstFilmBienalle and other venues.

Yuliya’s work has been reviewed by many publications, including NYArts Magazine, Bloomberg News, Snob, Brooklyn Rail and others. She has been a recipient of numerous awards and scholarships.