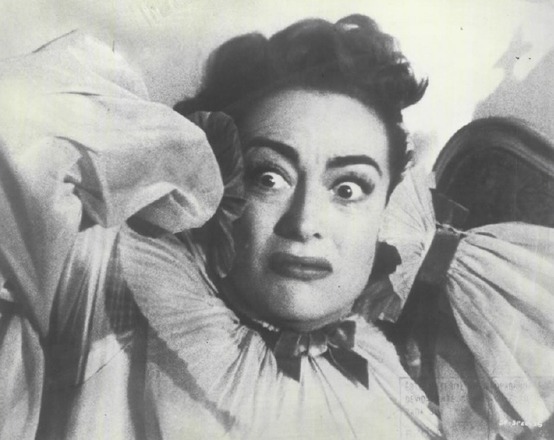 Eight classic American crime films from the 1940s & 1950s will screen between January 5 and February 23 in the Cleveland Institute of Art Cinematheque.

Film noir (“black film”) is the term that French film critics used to describe the shadowy, cynical, sexually charged crime movies that filled U.S. screens in the wake of World War II. These movies, populated by killers, detectives, and femmes fatales, constitute one of the richest bodies of great movies in American cinema. Yet this wide-ranging genre has largely been reduced to just a handful of overshown titles: The Maltese Falcon, The Big Sleep, Double Indemnity, Laura, The Postman Always Rings Twice, Sunset Boulevard, et al. All these are undeniably great films, but there are many other noir titles with stellar reputations that almost never get revived in theaters. “Noir Town” consists of eight such neglected classics, all in black and white film prints, all Cinematheque premieres. Humphrey Bogart won’t be seen in any of them, but moviegoers will see Rita Hayworth, James Cagney, Joan Crawford, Jack Palance, Edmond O’Brien, Robert Ryan, Gloria Grahame, John Garfield, Cornel Wilde, and Richard Conte, among others.

The eight movies will show on eight successive Saturday nights at 5:15pm, with six of them repeating on Sunday evening at varying start times. All will show in the Aitken Auditorium of the Cleveland Institute of Art, 11141 East Boulevard in University Circle, telephone (216) 421-7450, www.cia.edu/cinematheque. Admission to each film is $9; Cinematheque members $7; age 25 & under $6 (with proof of age). Free parking for film-goers is available in the adjacent Institute lot, located north of the building off of East Boulevard.

Saturday, January 5, at 5:15pm &
Sunday, January 6, at 8:15pm
GILDA
USA, 1946, Charles Vidor
Rita Hayworth stars in one of the sexiest film noirs ever made, a South America-set drama about a gambler (Glenn Ford) who gets involved with a rich casino owner’s alluring wife. The film’s hottest scene finds Hayworth performing a kind-of clothed strip-tease while purring “Put the Blame on Mame.” 35mm. 110 min.

Saturday, January 12, at 5:15pm &
Sunday, January 13, at 8:15pm
WHITE HEAT
USA, 1949, Raoul Walsh
James Cagney plays a brutal, psychopathic gangster with a bizarre mother fixation (he sits on her lap as they plan heists) in this operatic, explosive, unforgettable crime picture that is on the National Film Registry. With Virginia Mayo and Edmond O’Brien. “White Heat = Scarface + Psycho.” –Time Out Film Guide. 35mm. 114 min. No passes, twofers, or radio winners.

Saturday, January 26, at 5:15pm &
Sunday, January 27, at 8:50pm
D.O.A.
USA, 1950, Rudolph Maté
In this gripping and stylish noir classic, which was selected for the National Film Registry for being “culturally, historically, or aesthetically significant,” a man who has been poisoned (Edmond O’Brien) frantically tries to discover who wants to kill him, and why, before his time runs out. Director Maté, a former cinematographer, shot Dreyer’s The Passion of Joan of Arc and Vampyr. 16mm. 83 min.

Saturday, February 2, at 5:15pm &
Sunday, February 3, at 8:50pm
ODDS AGAINST TOMORROW
USA, 1959, Robert Wise
Harry Belafonte stars in the first noir drama with a black protagonist. He also produced the movie, hiring blacklisted screenwriter Abraham Polonsky (see Force of Evil on 2/16) to co-write the script. Robert Ryan, Shelley Winters, and Gloria Grahame co-star in the taut thriller, which follows two men, a debt-ridden gambler (Belafonte) and a racist ex-con (Ryan), as they team up for a bank heist. 35mm. 96 min.

Saturday, February 9, at 5:15pm &
Sunday, February 10, at 8:40pm
LADY IN THE LAKE
USA, 1947, Robert Montgomery
Robert Montgomery plays private eye Philip Marlowe in this unique Raymond Chandler adaptation in which all of the action is seen from Marlowe’s first-person point of view. (The star is seen only in mirror reflections.) In the film, Marlowe is hired to locate the estranged wife of the publisher of a crime magazine, but soon becomes embroiled in a complicated murder case. With Audrey Totter. 35mm. 105 min. No passes, twofers, or radio winners.

Saturday, February 16, at 5:15pm
Restored 35mm Archival Print!
FORCE OF EVIL
USA, 1948, Abraham Polonsky
John Garfield stars in this beautifully shot film noir that was one of the first 150 films selected for the Library of Congress’s National Film Registry. He plays Joe Morse, a lawyer working for a powerful gangster who wants to consolidate and control the New York numbers racket. But one of the small operations targeted for takeover is run by Morse’s older brother, and he prizes his independence. This Cain and Abel story was the first film directed by celebrated screenwriter Abraham Polonsky, who was blacklisted by the House Un-American Activities Committee in the 1950s. He didn’t direct another movie until 1969. “One of the great films noirs.” –The Rough Guide to Film. 35mm preservation print courtesy of the UCLA Film & Television Archive. Preservation funding provided by The Film Foundation and the Archive Council. 78 min. No passes, twofers, or radio winners.

Saturday, February 23, at 5:15pm
Restored 35mm Archive Print!
THE BIG COMBO
USA, 1955, Joseph H. Lewis
The other great noir by Gun Crazy director Joseph H. Lewis is one of the most brutal, perverse, and sexually charged of classic crime films. It tells of a cop (Cornel Wilde) who’s absolutely obsessed with bringing down a sadistic mob boss (Richard Conte) and stealing his classy girlfriend. John Alton’s b&w cinematography, which demonstrates his mastery of chiaroscuro, should sparkle in the preservation print courtesy of the UCLA Film & Television Archive that we will show. Preservation funding provided by The Film Foundation. 89 min. No passes, twofers, or radio winners.