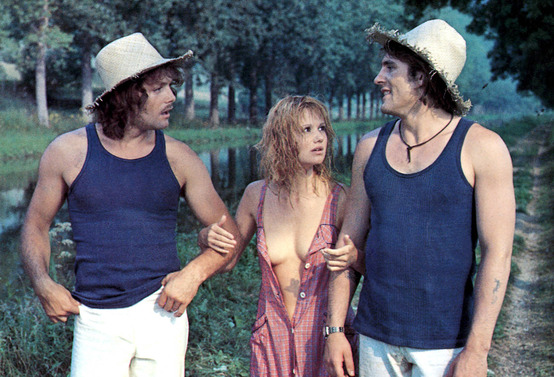 One of the most scandalous and controversial movies of the 1970s (and a huge box office hit), this testosterone-fueled buddy comedy stars Gérard Depardieu and Patrick Dewaere as delinquent drifters who embark on an amoral cross-country crime spree, harassing women and committing assaults and robberies across France. They are soon joined by one of their victims (Miou-Miou). Jeanne Moreau and Isabelle Huppert co-star in this vulgar road movie (from the director of the Oscar-winning Get Out Your Handkerchiefs)that has music by Stéphane Grappelli. “An explosively funny erotic farce—both a celebration and a satire of men’s daydreams.” –Pauline Kael. Adults only! Cleveland revival premiere. Subtitles. DCP. 117 min.