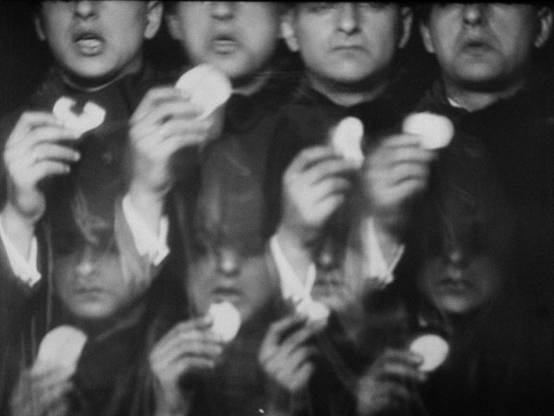 The recent rediscovery and restoration of Franciszka and Stefan Themerson’s 1931 Polish anti-fascist film Europa (“a holy grail of Polish experimental cinema,” according to the Museum of Modern Art), seized by the Nazis and believed lost forever, affords the opportunity for a program of the legendary surrealists’ other experimental shorts. So accompanying Europa, which employs rapid cutting, collage, and photograms, will be the Themerson-directed works Adventures of a Good Citizen (1937), Calling Mr. Smith (1943), and The Eye and the Ear (1945). The other two movies in the program, Pharmacy (2001) and Moment Musical (2006), are re-creations of Themerson projects that were either lost or destroyed, but have been newly reimagined by Cleveland filmmaker Bruce Checefsky. DCP. Total approx. 60 min. Program presented in partnership with the Polish Cultural Institute New York; special thanks to Tomek Smolarski.

Program presented in partnership with the Polish Cultural Institute New York; special thanks to Tomek Smolarski.