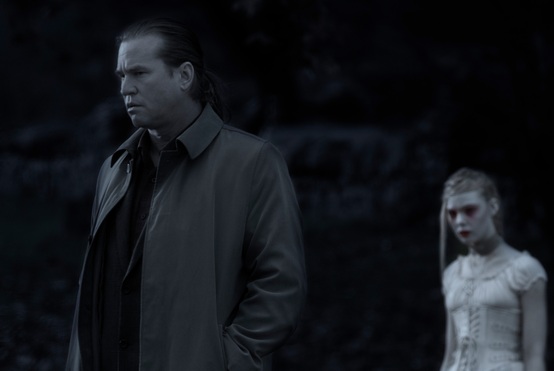 Val Kilmer, Elle Fanning, and Bruce Dern star in Francis Ford Coppola’s newly reworked version of his 2011 supernatural horror comedy Twixt, which was never released to U.S. theaters. (But in France, film magazine Cahiers du Cinéma named it the third best movie of 2012.) Kilmer play a low-rent Stephen King whose book tour takes him to a cursed small town. There a murdered girl appears to him in a dream and lures him to a weird netherworld. Joanne Whalley and Don Novello co-star; Tom Waits does the narration. “Disarmingly cheeky, intermittently gorgeous.” –Variety. Cleveland theatrical premiere. DCP. 88 min.