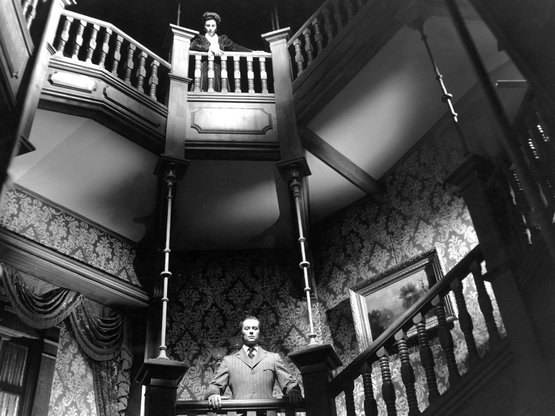 Orson Welles’ Citizen Kane topped the decennial Sight & Sound “greatest films” poll for 50 years—from 1962 until 2012. In two of those polls (1972, 1982) it was joined in the top 10 by Welles’ second feature The Magnificent Ambersons, which some find superior to Kane. This is remarkable because Ambersons was mutilated by the studio, with more than an hour of footage cut (all of it remains lost) and Welles’ ending altered and re-shot. Nevertheless, what remains is sublime—a lyrical and poignant chronicle of the decline of a wealthy Indianapolis family at the beginning of the 20th century, during the rise of the automobile. Based on Booth Tarkington’s novel, the movie stars Tim Holt, Joseph Cotten, Anne Baxter, and Agnes Moorehead, with music by Bernard Herrmann. 35mm. 88 min.