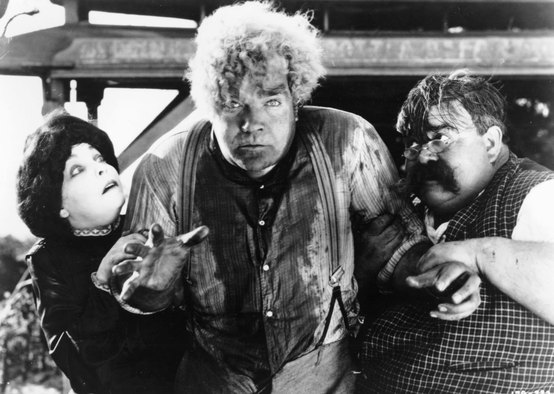 Voted one of the 10 best films of all time in the first two Sight & Sound “greatest films” polls (1952 & 1962), Erich von Stroheim’s unsparing silent film version of Frank Norris’ novel McTeague chronicles how the love of money destroys the lives of three friends in 19th-century California. Originally 9-10 hours long, Greed remains the most mutilated masterpiece in screen history. Although the complete version is forever lost, what survives is impressive, indelible, and inflammatory; von Stroheim did not soften the harshness of his unflinching tale. New Hampshire’s Jeff Rapsis, a Cleveland favorite, will provide live electronic keyboard accompaniment. “A true masterpiece of cinema. Even now its relentlessly cynical portrait of physical and moral squalor retains the ability to shock.” –Time Out Film Guide. 35mm. Approx. 109 min. (at 24 frames per second).

As a “curtain raiser” (starting at 6:30 pm), we will show The Heart of Cleveland, a 29-min. silent film in which some 1920s farm children living without modern conveniences outside of Cleveland travel to the big city to learn what electricity can do. Produced by the Cleveland Electric Illuminating Company and released the same year as Greed, this historic “sponsored film” contains breathtaking shots of 1920s Cleveland. The Heart of Cleveland was recently discovered at Cinecraft Productions in Ohio City. The movie was digitized and archived by the Hagley Museum and Library in Wilmington, DE, and restored with a grant from the National Film Preservation Foundation. Tonight’s showing, courtesy of Hagley, is the restored film’s Cleveland theatrical premiere. Jeff Rapsis will accompany it. DCP.

Special admission $15; members, CIA & CSU I.D. holders, and those age 25 & under $12. No passes. Special thanks to Jim Culley, Neil McCormick, and Kevin Martin.

Friday 9/30
7pm
Back to film schedule