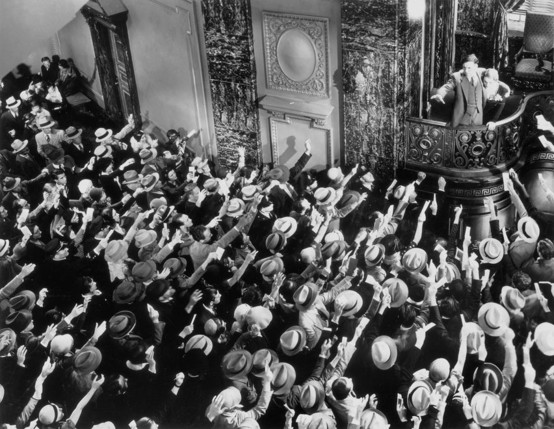 Frank Capra’s Pre-Code classic (never before shown at the Cinematheque) stars Walter Huston as an upstanding bank president during the Great Depression who becomes embroiled in a scandal that leads to a run on his institution. Capra’s longtime collaborator Robert Riskin (It Happened One Night, Mr. Deeds Goes to Town, Meet John Doe, et al.) wrote the original screenplay. “[A] breathtaking film from Capra’s golden period.” –Time Out Film Guide. 79 min.

American Madness, a Cinematheque streaming exclusive, can be viewed online from 9/9 thru at least 9/29 via the link below. Doing so supports the Cinematheque. Screening fee is $10 and you have 24 hours to watch it.

Friday 9/9
12am
Back to film schedule