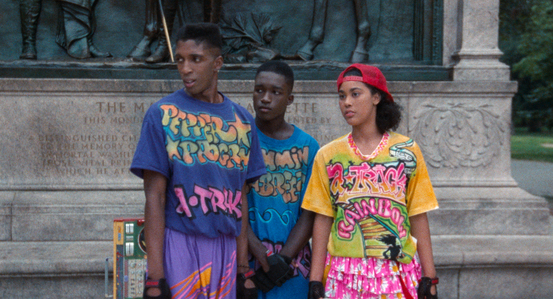 Rainbow, a teenage Black girl and part-time dancer living in 1990s Brooklyn with her mother Alma, is conflicted about her future. Should she follow the practical, prosaic path personified by her strait-laced mom, a beauty salon owner? Or is Alma’s free-spirited sister Ruby, an artist newly arrived from Paris after 10 years of living there, a more appealing role model—especially given Rainbow’s artistic leanings? Three decades after its debut, this neglected gem by an African-American indie filmmaker who never made another theatrical feature is finally getting the attention it deserves. “A gorgeous clarion call for our young Black girls.” –Ava DuVernay. 85 min.

Alma’s Rainbow, a Cinematheque streaming exclusive, can be viewed online from 9/16 thru at least 10/6 via the link below. Doing so supports the Cinematheque. Screening fee is $12 and you have 7 days to watch it.