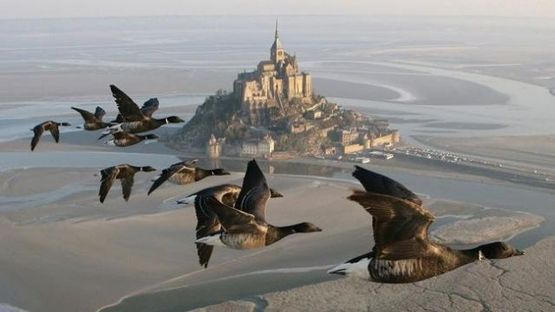 The flight of migrating birds is magnificently captured in this soaring nature documentary from late French actor, producer, and director Jacques Perrin. (He played the adult film director Salvatore in Cinema Paradiso.) Perrin’s team mounted cameras on ultra-light aircraft, gliders, helicopters, and hot-air balloons to create the film’s incredible “you-are-there” feeling. This G-rated marvel is a must for the big screen! In English. 35mm. 89 min.