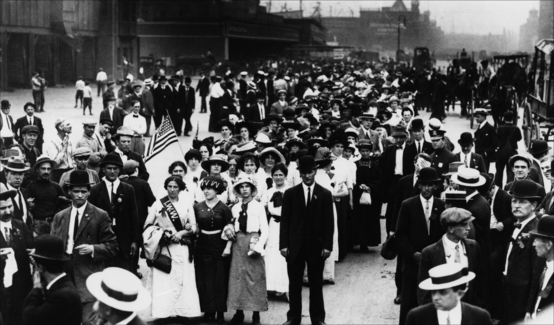 Added to the Library of Congress’ National Film Registry last year, this rousing labor documentary chronicles the history of the IWW (Industrial Workers of the World, known as “The Wobblies”), which was founded in Chicago in 1905 and tried to organize a vast array of unskilled laborers—factory workers, field hands, miners, dockworkers, et al.—into one big union. The film is a rich tapestry of newsreels, photographs, songs, and testimonials. “One emerges stunned and angry, admiring and amused.” –Time Out Film Guide. 89 min. Online screening co-sponsored by the United Labor Agency and the North Shore Federation of Labor.

The Wobblies, a Cinematheque streaming exclusive, can be viewed online from 5/27 thru at least 6/16 via the link below. Doing so supports the Cinematheque. Screening fee is $4.99 and you have 7 days to watch it.