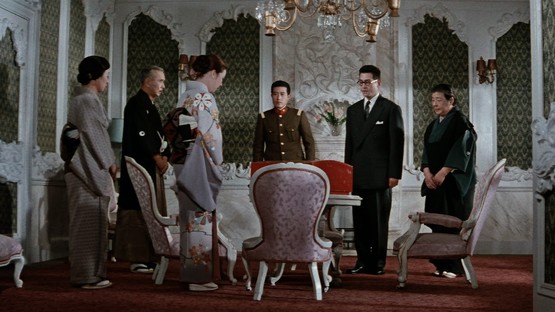 Tanaka’s first film in both color and Cinemascope is an epic about a woman caught in the torrents of history. Machiko Kyô (Rashomon) plays a Japanese aristocrat who, at the outset of World War II, is forced to marry the younger brother of the Chinese Emperor who is nominally ruling Japanese-controlled Manchuria. “Impressive in its sweep and humane vision.” –Film Comment. Cleveland revival premiere. Subtitles. DCP. 102 min.

Related Films:
FOREVER A WOMAN
GIRLS OF THE NIGHT
LOVE LETTER
LOVE UNDER THE CRUCIFIX
THE MOON HAS RISEN

Saturday 5/21
5pm
Back to film schedule